This Wristband Saves Your Minecraft Worlds — Is It The Future Of Gaming?

Gameband may predict how hardware and software find a balance for the next generation of gamers. 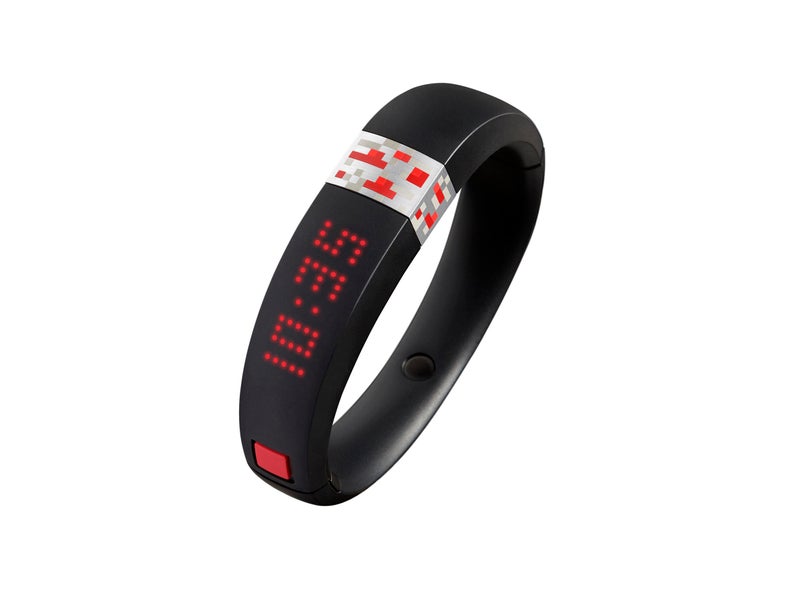 As conversations about the next wave of consoles heats up, and the VR market catches fire, it’s starting to seem like the world of PC gaming is looking for its own innovation. But that innovation may have already taken place, and we may start to see it take off this year in the form of a $50 wristband that stores your Minecraft sessions, the aptly-named Gameband.

PC gaming has, for many years, lacked one crucial quality to the perfect player experience: ubiquity. Playing your own saved data on someone else’s computer has never been easy, and even owning a hard copy of a game has never guaranteed that you can play your own game on another computer, especially if your copy is for Mac, and you attempt to play it on a PC.

Companies like Steam, which operates as a digital marketplace for game downloads, have made it a lot easier to find copies of the games you want to play, for the operating system you use, but it still doesn’t mean that if you switch between a work computer and a home computer, or a laptop and a desktop, you can play on both.

But the fledgling Gameband company is looking to change this, by returning to hard copy games with a surprising twist: a wristband-encased flashdrive-style hard disc, that plays your game, and plays it well with all computers. The product, which can be purchased online, has already seen success with one of the biggest games in the world: Minecraft.

Right now, Gameband is a toy with a single purpose: to deliver the owner’s Minecraft experience—modifications, saves, and everything they’ve ever built—on every single computer in the world, regardless of the operating system. It came out nearly a year ago, and saw immediete success. It was among the top items for IBM’s Watson Trend holiday gifts, and the folks at Mojang/Microsoft who own Minecraft have worked with Gameband to deliver new levels of user experience that no other game or company has offered.

The idea behind Gameband came somewhat accidentally—an outcropping of another venture in software and hardware designed for banking. That product’s purpose was to put the entire operating system of a bank securely on a drive, says founder Feargal Mac Conuladh. Then “you could plug [it] into a personal computer, and run the bank’s operating system securely.”

Bringing it to gaming, however—and eventually creating a gaming-specific tool—wasn’t so much an accident as a result of a doting father. “I’ve got four kids, three boys, and they’re Minecrafters.” Once one of his sons understood the tool’s function, he was desperate to have one. The reason? “So I can take my Minecraft experience to my friends, so I can take it with me.” It was this practical thing, says Mac Conuladh, of playing it from a drive and then being able to plug it into any computer that made him sure there . They did a pilot program and found that kids were using it to play games on multiple computers with different operating systems—exactly the kind of thing that the technology excels at.

While Gameband seems like it could be likened to a decked out flash drive, the idea is that it uses better drive technology for repetitive tasks and extended life of the hardware—the kind of rewritable memory that flash drives don’t necessarily deliver over a long time.

Yes, people can back up their own files already, but Gameband has made it super easy—with no price catches. “We don’t do it by the gigabyte, we just backup everything,” says Mac Conuladh. So if players lose or break their drives for any reason, every world or tiny modification they’ve made is backed up.

How Will This Change The Gaming World?

The influence of the gaming industry is strong in the hardware world: millions of dollars in PC upgrades a year, tens of millions of consoles sold, and all for the chance to play games that may not be available to your friend with the competitor’s hardware.

But that could be about to change in a big way, as companies look for ways to make games more fun, and players more connected, even as the hardware becomes more divergent.

You could see this revolution as starting earlier this year, when Microsoft announced that it had interest in making cross-platform gaming available to the public.

Microsoft and rival Sony have the two major console brands in the market today, and the biggest frustration for gamers is that, while online and cooperative play have evolved, you can only play with friends on the same console.

For many years the excuse was software and servers: both companies argued their systems just weren’t compatible enough to make Call of Duty matches between Xbox and PlayStation players a reality.

But it’s changing now. As gaming becomes a discussion of access and of connections, doubling the number of possible connections is big business potential.

Gameband sees its Minecraft success as a proof of concept; the company already has other games in development with the same technology in mind. “We have agreements with several other gaming companies which will launch at some point [this] year that this same model and use case works for,” says Mac Conuladh.

We asked about whether the technology could deliver multiple games, or if they’d instead stick to single game versions. Mac Conuladh says a bit of both. He believes he’s hitting three major points that no other gaming experience is delivering: Essential hardware, easy-to-use software, and the fact that the experience is the same on all platforms (Mac, Windows XP, Windows 10, Linux). “Doing that on your own is hard,” says Mac Conuladh “but we together with Minecraft creator Mojang make code changes so our software wraps around your Minecraft experience and does that for you.”

Mac Conuladh argues that the advantages go beyond being able to play on any computer. When you start on a new hardware system, you have to install things like texture packs and other modifications, which can take time. But that process has been built into GameBand’s software. “Once you quit, you can choose to go back to vanilla, you can choose to go to another mod pack, we’ve made modding easy,” says Mac Conuladh.

Whether this applies to more straightforward games is less clear. First person shooters don’t have lots of saved data, and racing games are usually all about your hardware/controllers, which are often less portable.

But for sandbox crafting games, open world explorers, and things where a spare hour can mean a lot of progress toward something, Gameband gives gamers something they all want: more time and ways to play, and more places to do it. Who can argue with easier gaming?