Xbox One Review: I’m Sorry I Raised My Voice

It's just, like, ugh, you know? You never listen. 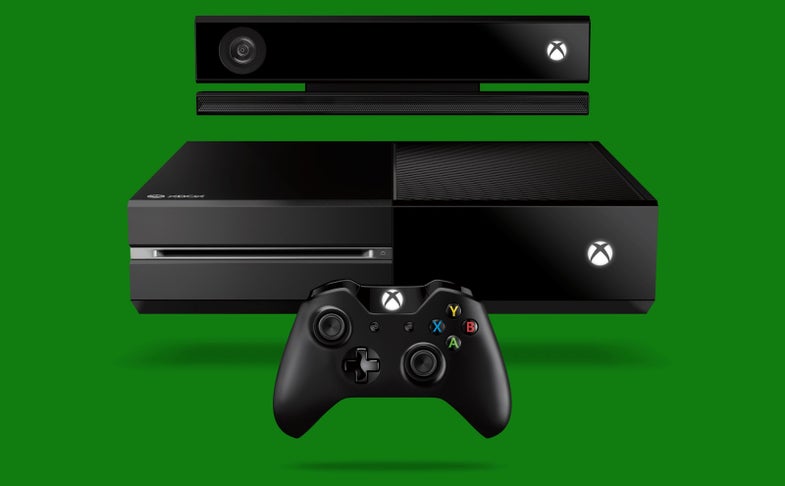 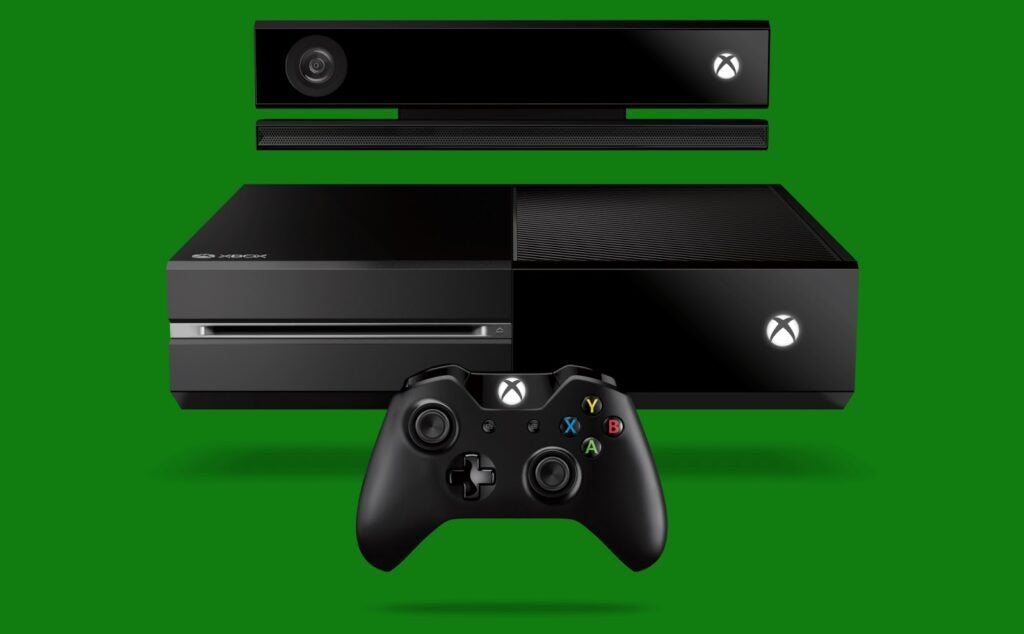 I wouldn’t say a lost my temper with the Xbox One. Because I actually, for the most part, enjoyed the experience. But I did raise my voice. And for that I apologize.

Everything about Microsoft’s new game console, its first in eight years, is designed to make you do as little as possible. That means running multiple apps at the same time, a “snap” function to plop stuff on-screen into a picture-in-picture style, and–_eek_–a reliance on voice controls.

I share the blame, Xbox One. I do. I am a mumbler. I have difficulty expressing myself at times. I rushed too quickly to say Xbox One, get it together, to which you pulled up the “weather” option. (Ha! Defusing the situation. You are too funny, Xbox One.)

We should let it go. Because I liked you, Xbox One. We should talk more. Later, though. Now’s a bad time.

_Oof. _All right, then. Let’s just get the worst thing out of the way. The Xbox One is a not-particularly-attractive _behemoth _of a game console. It’s the size of a small suitcase and heavy as one stuffed with sheet-metal. The shape is hard to describe beyond “box”–very few ridges, curves, or any other shapes to variate the monolithic design. It’s like a VCR that’s metastasized in your living room. I thought I had reserved ample room for any console, since that had been the case for any other console I’ve put there. That was not the case. If you are planning to travel with the Xbox One, remove those plans from your itinerary. Actually, whatever table or surface you place it on, be prepared to keep it there forever. Actually, just be prepared to die in whatever home/apartment/cavern you currently reside in. The Xbox One isn’t going anywhere.

There’s also a new controller. There are a list of changes Microsoft has been touting–like a vibrate function on the triggers, and a redesigned, less bulky spot for the batteries–and, yeah, it’s a little better. But the truth is in practice it doesn’t feel all that different, at least when stacked up to the more drastic changes Sony made to its controller for the new PlayStation 4. If you were a huge fan of the Xbox 360 controller, then fine, you’ll be happy with this. Otherwise, if you’re looking for huge changes in the console, you’ll have to find something elsewhere.

If you’ve set up any console in your life, the Xbox One set-up will be painless: connect the wire in back to the wall, the other wire to the TV, etc. There is one extra step, though, that I’d recommend taking the time to do: the new Xbox can also be wired through your cable-box through HDMI, allowing you to watch TV by selecting it on the Xbox’s main screen. (Same goes for the HDMI-friendly media streamer of your choice; I used a Roku.) More on that in a minute.

Here I should mention: I think but can’t readily confirm that I had a glitch with my Xbox. When I first booted up the console, it took me straight to the Xbox’s home screen, without the usual registration process. There, the controller wouldn’t function properly. I don’t know who, if anyone, will have this issue, but it was solved after a quick reset.

Here I should also mention: the reset process takes forever. You boot up, are brought to the big, green Xbox One load screen, and then you go grab a snack or take out the garbage or something while you wait it out. Unfortunate, since the Xbox One home screen actually looks pretty nice after it’s done loading. Microsoft’s tile system, which is now loaded on every one of its devices, is here again, and doesn’t look too different from the last Xbox incarnation. Things are little more organized, and the Xbox automatically moves the titles for apps and games you played most recently to the front of the screen, assuming that those are what you’ll most likely use again. Notifications pop up on the bottom of the screen in much the same way as last time around, and there are the same slots reserved for places where you can buy games, apps, and music. (An image of an angsty Eminem promoting some tunes has been permanently etched into my brain.) But there’s a greater focus on features besides games. Which brings us to… 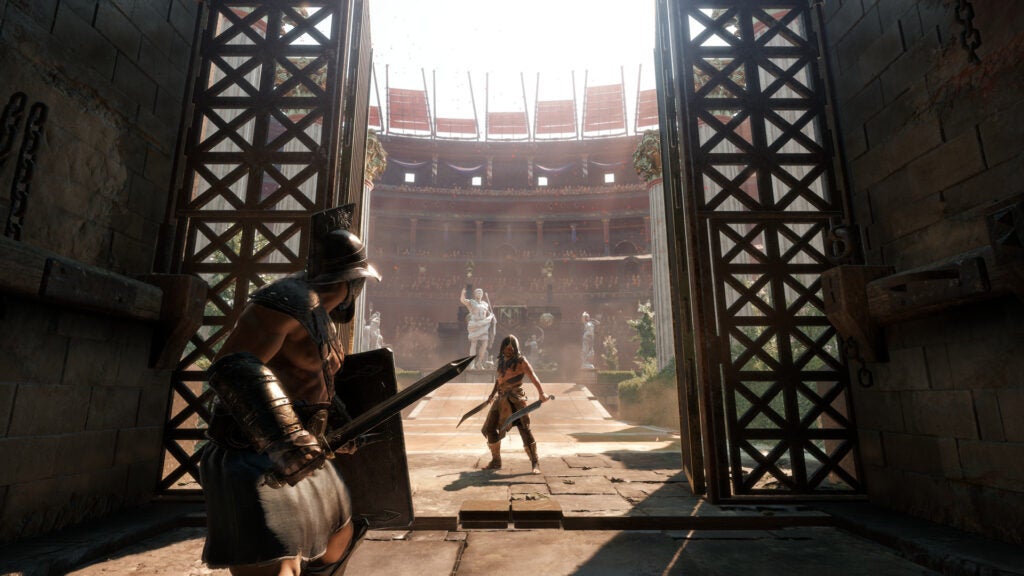 I said this in my PlayStation 4 review, but I’ll say it again: the specific technical details in a system aren’t as important as the functionality you get from those specs. That said, it has similar specs to the PlayStation 4: a combination of CPU and GPU processors meant to divide the work of processing graphics and other tasks. But the results are a little different: the biggest change behind the Xbox One–and the best one–is the ability to instantly stop playing a game with a single button and enter your home screen. No more save-and-quit, no more shutting off one thing to open up something else. The processors divert processing power to the game, and the rest goes to the ancillary apps. None of that affected the performance of either, in my experience. That’s a big deal. You can turn on a dime with the Xbox One, not feel stuck because you’re playing a game and suddenly realizing there was something else you wanted to do first. Then, once you’re done with your other task, you go back directly to the game, picking up exactly where you left off.

There’s also a new Kinect, Microsoft’s motion-capturing camera that comes bundled with the new Xbox One. And it’s better, with a wider range of vision and better resolution–enough to scan your face to sign you in. (I’ll go on record, again, saying this still gives me the heebie-jeebies. But it’s also undoubtedly cool tech.) As much as I disdain voice controls, the commands I sent to the Kinect worked okay. _Not great, just fine. Although since certain functions, like the otherwise great “snap” function, which lets you pull up a separate window to multi-task, rely wholly on the technology, it should be flawless, even at a whisper. (Update for clarification: _You can manually select the snap function with a controller on the homescreen, but, obviously, to switch between functions when you’re already doing something, you’ll need to use voice control.)

But I do love the option of routing my cable box or media streamer through my Xbox. Between multiple game consoles and a Roku, I’m already taking up a lot of wire and wall space. Now I can simply run my Roku through the Xbox instead of going directly through the TV. After that, just select the TV option on the Xbox home screen, and you’re directed to your TV. Maybe that’s not life-changing, but it frees up a wire and a little time if I want to multi-task between gaming and TV-watching.

I’ll start with the positive: Ryse: Son of Rome, a semi-melodramatic sword-and-sandals epic, probably takes too much glee in its eviscerations of barbarians, but looks like it could be one of the bright spots at launch, as one of the only truly original properties in the stable.

Now the bad: a digital title called _Crimson Dragon _is one of the worst games I have played in recent memory. You ride a space dragon that shoots, like, missiles at other space dragons. There’s some kind of government conspiracy. Or aliens? No, wait, _you’re _the alien. Maybe. I don’t know.

There’s another installment in the Forza racing game franchise that certainly looks nice on the new system, but doesn’t seem to offer much beyond the standard racing game fare. There are a few new sports games, the animal-management bureaucracy simulator Zoo Tycoon, and a slew of titles that have already appeared on the last system. As disappointing as Sony’s list of games turned out to be, you’re not going to find much on Microsoft’s end, either.

Should You Buy This?

No. Wait. You don’t need something to hook up through your TV right now, unless it has games to accompany it, and the Xbox One, as cool as some of its features are, has a dearth of games. You can wait. How long? That’s up to you: whenever there’s a sum of games that make it worthwhile to you, go for it. (That could theoretically be right now, but I’ll venture to say it isn’t, even for even the most die-hard gamers.)

Now comes the point where I tell you whether the Xbox One or PlayStation 4 is the King of the Console Generation. But I’m not going to do that–especially this early. I might sound overly diplomatic here, but there are reasons to root for both. I wasn’t a huge fan of the PS4, but at $400, it’s $100 cheaper than the Xbox One. The interface isn’t as forward-thinking, but maybe you want something that puts more focus on games. Maybe, too, you want something more mobile.

Regardless, though, the most important part of a system is still games. And it remains to be seen which console will make the biggest leaps in that field. You can wait to find out.