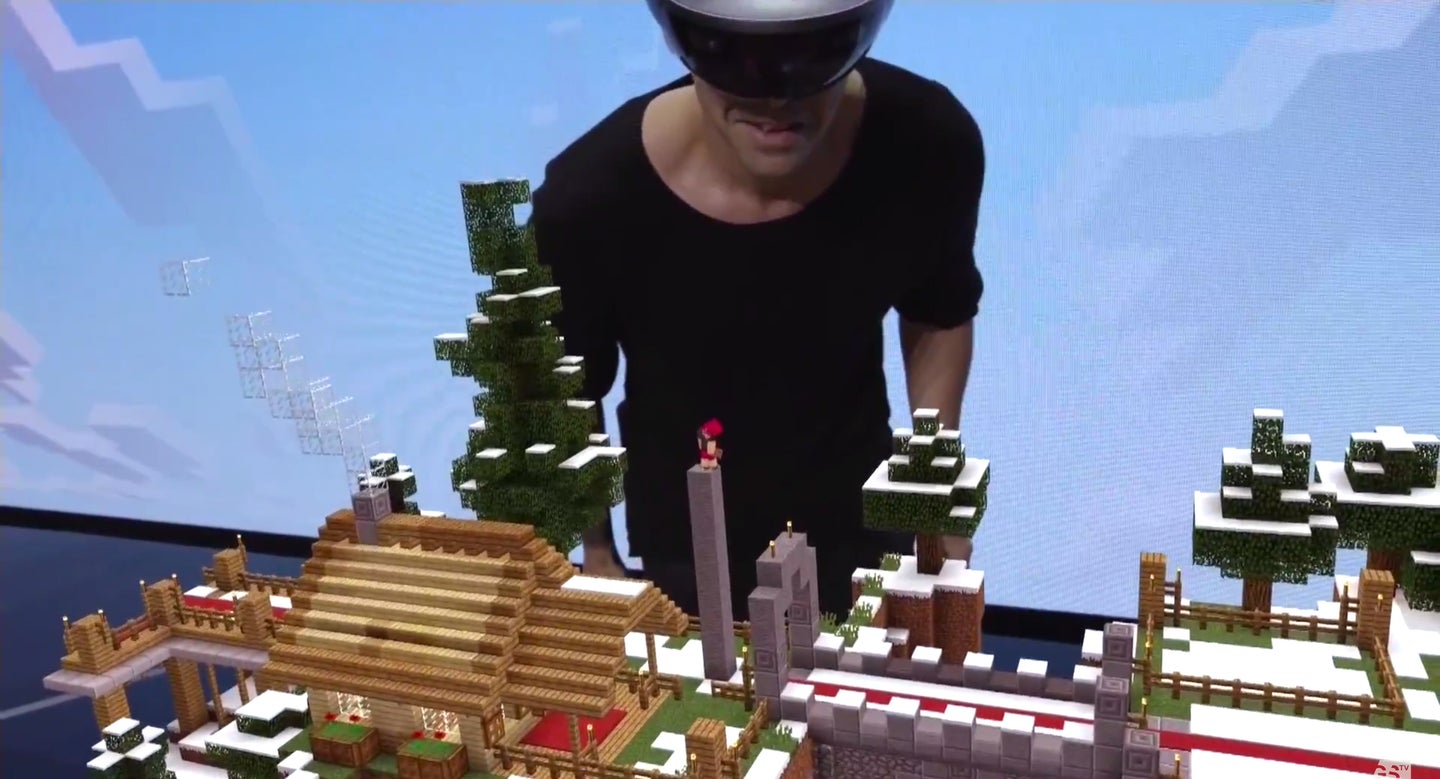 On Monday at E3, the annual video game conference, Microsoft executive Sax Persson marched onto stage with the newest iteration of HoloLens. For the first time, gaming applications of HoloLens were demonstrated in real-time. Persson showed off a holographic version of Minecraft, which Microsoft acquired for $2.5 billion last year.

“This is a live demo, with real working code,” Persson said, before donning the HoloLens and projecting a Minecraft map onto a wall, and then a table onstage. Microsoft announced Minecraft would be a main attraction of the HoloLens earlier in the year, but this is the first working demo the company has shown to the public.

Viewers were able to see Persson’s augmented reality through a “special camera” outfitted to show the HoloLens display in real time, as he played the game on the wall with an Xbox controller.

Persson then walked over to the table, said, “create world,” and watched as the Minecraft world poured onto the table. This was met with perhaps the loudest applause of Microsoft’s presentation, as he continued to use voice commands and gestures to manipulate the world. The virtual projection constrained itself to the edges of the table well, and the camera was able to look inside of structures by moving through the virtual walls.

The HoloLens release date wasn’t discussed at the conference, leaving many video game fans clamoring over when they might be able to test the new headset. With its new partnerships, Microsoft appears to be making itself the software conduit for any virtual or augmented reality manufacturer. The company is positioned to have an impact on both the software and hardware side of the impending augmented and virtual reality boom. As for when we can actually test HoloLens and the holographic version of Minecraft remains to be seen, but it’s safe to say we’re excited about the possibilities.