The First Step Toward Alpha Centauri: Sailing To Mars 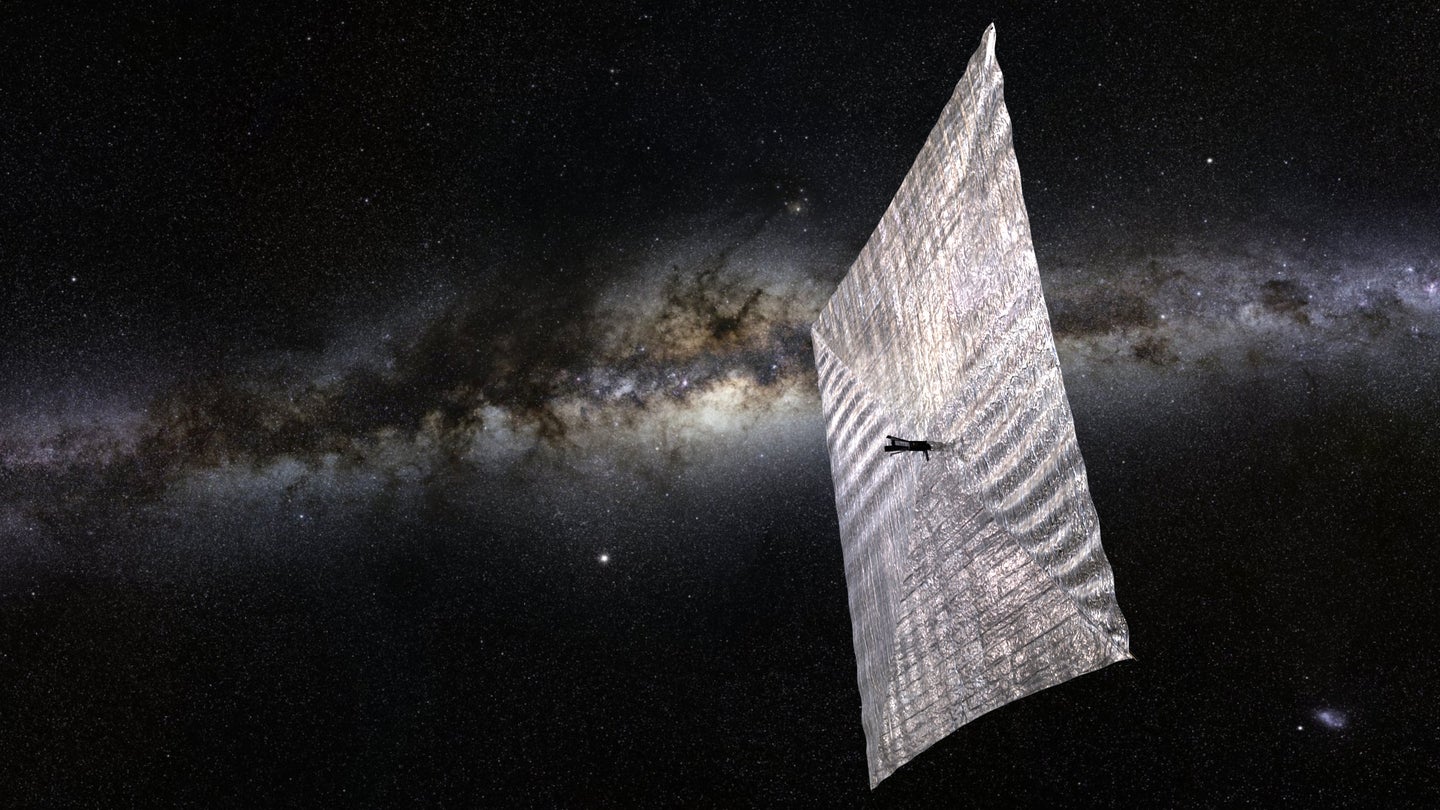 The $100 million Breakthrough Starshot initiative aims to use lasers to launch chip-sized probes at more than 25 percent the speed of light for 20-year journeys to Alpha Centauri. However, well before this project begins an interstellar journey, it could launch interplanetary missions to explore mysterious corners of our solar system — these lasers could drive “space-chips” to Mars in roughly 30 minutes, researchers say.

The Breakthrough Starshot initiative aims to use a huge ground-based laser to push swarms of “laser sails” outward. Light exerts very little pressure, but prior projects have already successfully tested a number of solar sails — spacecraft propelled by light from the sun. The laser array that Breakthrough Starshot plans could launch swarms of up to tens of thousands of probes per year.

The ambitious project faces numerous challenges. The project will have to sync up many lasers in a kilometer-scale “phased array” that can act like a single, unprecedentedly large 100-gigawatt laser. These beams will have to fire in perfect unison, focusing on tiny targets thousands of miles away, pushing the laser sails for minutes, swiveling to keep track of the probes as they arc through space, and relying on deformable mirrors known as adaptive optics to help them compensate for atmospheric distortion.

Researchers will also need to design miniaturized spacecraft that can pack all the equipment they need, and new materials to serve as flexible, durable, lightweight, highly reflective laser sails.

Before launching swarms of probes on interstellar journeys, it makes sense to first build expertise with interplanetary missions. “As we build larger arrays with higher and higher power levels that can shoot things out at higher and higher speeds, the logical place to first send them is elsewhere in the solar system,” says Breakthrough Starshot advisor Philip Lubin, an experimental cosmologist at the University of California, Santa Barbara.

The 100-gigawatt array that Breakthrough Starshot plans could drive a 1-gram probe with a 1-meter-wide sail to more than 25 percent of the speed of light with just roughly 10 minutes of lasing. At these speeds, a space-chip could reach Mars in only roughly a half-hour.

“Once you get this technology, it will allow you to fly missions any place in the solar system at remarkably fast speeds,” says science fiction author, NASA physicist, and Breakthrough Starshot advisor Geoffrey Landis. “Right now we’ve gotten pretty good at getting elsewhere in the inner solar system, like Mars and Venus, but when it comes to the outer solar system, especially Uranus and beyond, it can take an awful long time to get there, and sending probes with very high velocities that can get there in days would be quite an amazing thing.”

Nano-probes could explore thousands of unknown regions of our solar system.

Another problem with sending interplanetary spacecraft on extremely fast journeys is stopping them afterwards. One solution is to not have them stop, embarking on flyby missions past targets instead, targets potentially including mysterious worlds thought to lurk past Pluto.

“There’s a vast amount of the solar system we know nothing about, and using the New Horizons spacecraft to fly past just one object at the very edge of the Kuiper Belt, Pluto, made us say, ‘Wow, we want more,'” Landis says. “It would be exciting sending probes to not just one or two of these objects, but to thousands of these objects.”

Another solution would be what Lubin calls “smart darts” — fast probes that collide with targets in impactor missions, much like NASA’s LCROSS probe did with the moon and NASA’s Deep Impact mission did with the comet Tempel 1. “You can learn a lot from impactors by performing an analysis of what you see after the impact,” Landis says. “Because you know what the impactor is made from and how fast it is going and how much energy it releases, analyzing what you see after you vaporize a small portion of target can tell you a lot about it.”

Still another solution would be, instead of launching tiny probes at ridiculously fast speeds, to send slightly larger probes at slower but still incredibly quick speeds. The larger probes could pack some kind of braking mechanism to slow themselves down so they can orbit or land on their targets. This braking mechanism could be a parachute, if the target has an atmosphere, like Mars, or an ion engine that uses electricity to drive a plume of propellant away from it. “You could even power the ion engine remotely using the laser array on Earth,” Lubin says. Landis notes that “no one has made ion engines tiny enough to fit on such small probes before — that’s an entirely new field to look at.”

The ultimate solution would involve placing another laser array at a desired destination that could slow down incoming laser sails: “what we call ‘ping pong mode,'” Lubin says. Although Landis notes that establishing such a braking array would be a challenge. “You wouldn’t just be talking about a merely exploratory system anymore — you’d now have a transportation system that you could use to send cargo across the solar system.”