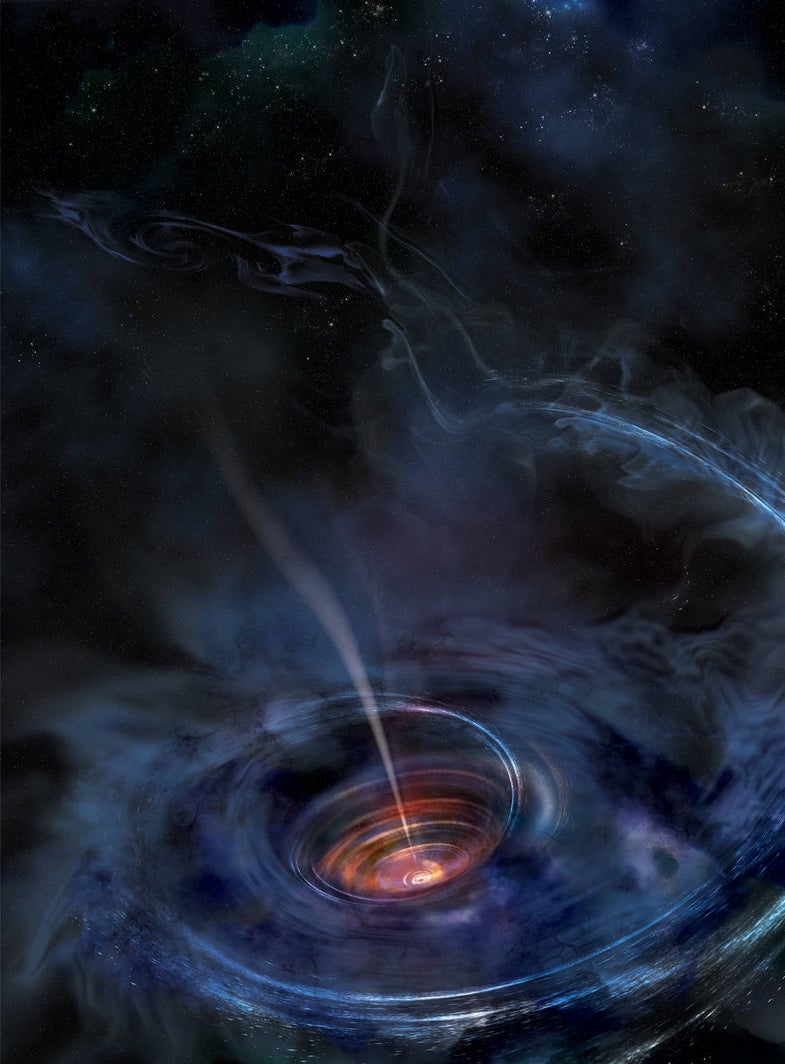 Black holes are still largely a mystery, but researchers were able to use a unique method to study them. By analyzing x-ray flares that bounce off the inside of a black hole, scientists were better able to understand what's going on inside of it as it's shredding a star. Read more about that process here. NASA
SHARE

In a paper published this week in Nature, researchers used observations of x-rays to peek inside the action of a star getting torn apart by a black hole.

“While we don’t yet understand what causes X-ray flares near the black hole, we know that when one occurs we can detect its echo a couple of minutes later, once the light has reached and illuminated parts of the flow,” Erin Kara, lead author of the paper said. “This technique, called X-ray reverberation mapping, has been previously used to explore stable disks around black holes, but this is the first time we’ve applied it to a newly formed disk produced by a tidal disruption.”

A tidal disruption is the name for a rare event that astronomers have observed when a star is devoured by a black hole. A ‘tidal disruption‘ occurs when material from the star can be sent spinning off into space. In addition to these observations being a chance to look more closely at this fairly rare event, it was also a chance to take a look at what was a very quiet black hole, one that had just woken up and began sucking in this star after a long period of rest. The researchers estimate that for every active black hole that they know about nine others are lurking in the shadows.

Watch the video below for an in-depth description of the study from the researchers themselves.