So How Exactly Do We Get To Alpha Centauri?

The star system is 25 trillion miles away 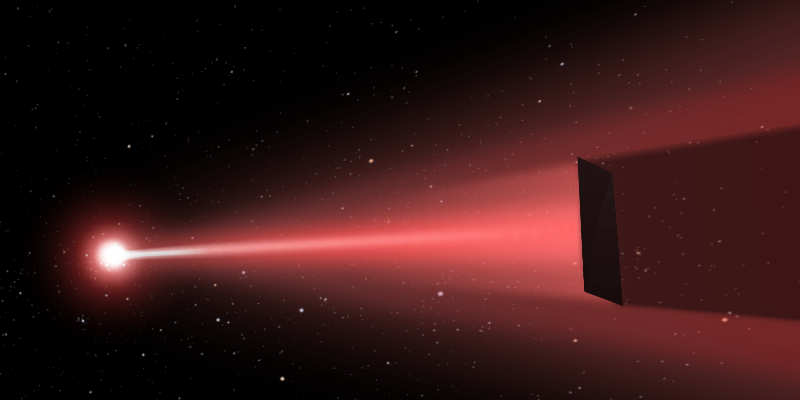 The $100 million Breakthrough Starshot project, announced today by Yuri Milner, plans to use giant lasers to launch tiny spacecraft to Alpha Centauri. While using laser cannons for spacecraft propulsion might sound like science fiction, previous research suggests that “laser sailing” might be one of the only known ways to get a probe to another star within a human lifetime.

Although Alpha Centauri is the nearest star system to us, it still lies roughly 4.37 light-years away. That is equal to more than 25.6 trillion miles, or more than 276,000 times the distance from Earth to the sun.

Conventional rockets are nowhere near efficient enough to cross the enormous distance to Alpha Centauri within a human lifetime, as science fiction author and NASA physicist Geoffrey Landis once explained. For instance, at the space shuttle’s maximum speed of about 17,600 mph, it would have taken roughly 165,000 years to reach Alpha Centauri.

The problem with all thrusters that current spacecraft use to fly is that the propellant they carry with them and use for thrust has mass. Long trips require a lot of propellant, which makes them heavy, which requires more propellant, making them heavier, and so on, a problem that gets exponentially worse the bigger a spacecraft gets.

Scientists have bandied about a number of potential solutions for interstellar travel over the decades, each with its own drawbacks:

The most realistic scenario for interstellar travel on the scale of a human lifetime may be the laser sails that Breakthrough Starshot project now proposes. This strategy involves equipping spacecraft with mirrors and relying on powerful lasers to push these probes outward. Although light does not exert much pressure, prior projects have already successfully tested a number of solar sails — spacecraft propelled by light from the sun.

Experimental cosmologist Philip Lubin at the University of California, Santa Barbara, and his colleagues previously calculated that a 10-kilometer-wide laser array orbiting the Earth, firing at 50- to 70-gigawatts, could propel a chip-like spacecraft weighing 1 gram, with a 1-meter-wide sail, to more than 25 percent of the speed of light with about 10 minutes of lasing, which means the craft could reach Mars in 30 minutes, and Alpha Centauri in about 20 years. Each “space-chip” would be a complete miniature spacecraft, loaded with cameras, power, navigation, communications and other systems, and this giant orbital array could launch roughly 40,000 of these probes per year.

Instead of an orbital laser platform, Breakthrough Starshot proposes building a ground-based high-altitude laser array. This “phased array” would be composed of relatively modest lasers that can sync up to act like a single powerful laser, and would rely on deformable mirrors known as adaptive optics to compensate for the distorting effects that the atmosphere can have on laser beams. Breakthrough Starshot would next launch a mothership carrying thousands of space-chips into orbit, and its laser array would then send these probes where no one has gone before.

This strategy does have one significant drawback — the spacecraft currently have no way of slowing down once they reach their target. Still, Lubin, a Breakthrough Starshot team member, suggests these probes could at least fly by Alpha Centauri, relaying data back on what our closest neighbor is like.

Future research could develop even more exotic forms of sails. For instance, Landis has proposed magnetic sails — while laser sails depend on laser beams that disperse over space and so would not push laser sails as effectively at great distances, magnetic sails would get driven by particle beams that could in theory push a spacecraft with relatively constant force over time.

Another potential form of space sailing could be the “SailBeam” proposed by physicist and aerospace engineer Jordin Kare in Seattle. Essentially, a laser array would propel lots of miniature laser sails at a spacecraft, and the impact of these bullets would drive the spacecraft forward — kind of a hybrid between laser sailing and nuclear pulse propulsion.

All in all, Breakthrough Starshot could usher in a new age of sail. “The journey beyond our home star will be a profound one for all of us,” Lubin says.