Why Can’t We Live On Mars? Blame The Sun 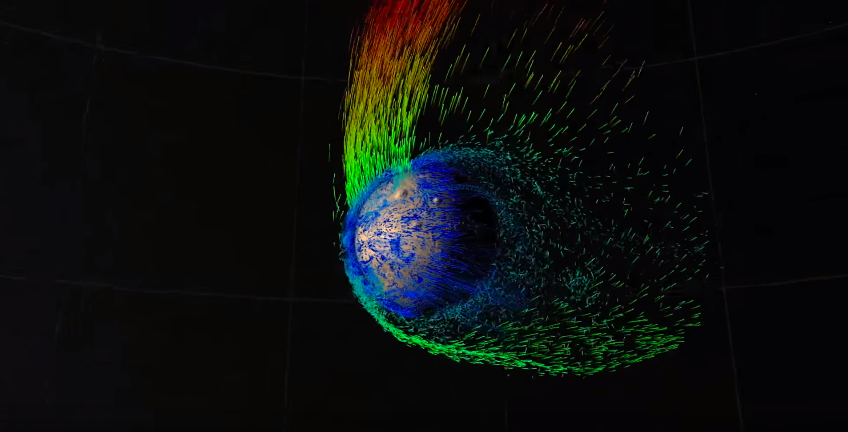 Billions of years ago, Mars might have looked a lot like Earth. It had vast amounts of water on its surface, and it was wrapped in a nice thick atmosphere. Now, after losing 99 percent of its atmosphere, the red planet is cold, dry, and brutal. What kind of cataclysm could cause such a transformation?

To find out, NASA’s MAVEN (Mars Atmosphere and Volatile Evolution mission) spacecraft is orbiting the red planet and studying the thin wisps of atmosphere that remain. MAVEN just got to Mars about a year ago, but the spacecraft is already teaching us a lot–enough to fill 49 scientific papers, in fact. Today, 4 MAVEN papers were released in Science, and the other 45 came out in Geophysical Research Letters.

The latest data support the hypothesis that charged particles from the sun–especially those burped out during coronal mass ejections– helped to lay waste to Mars’ atmosphere long ago. 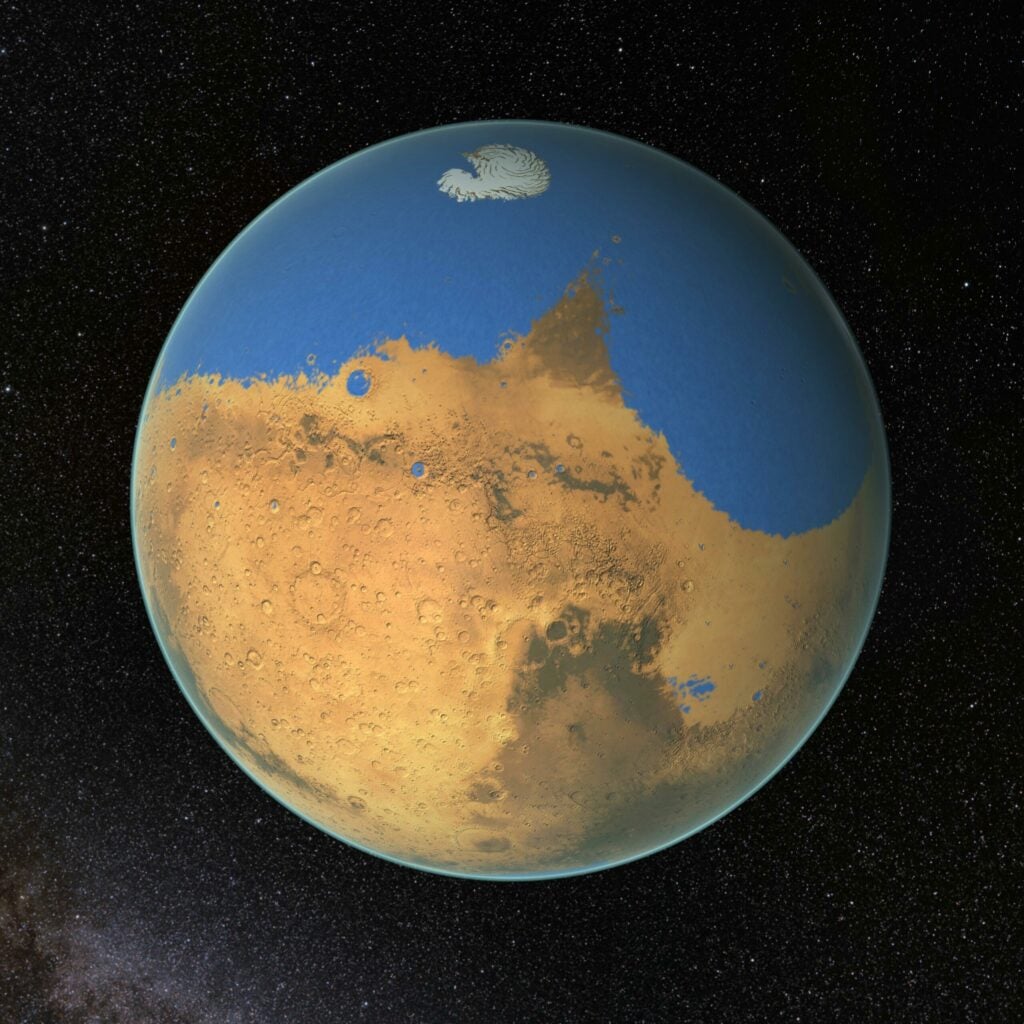 Mars once held more water than the Arctic Ocean

Like a toddler, our young sun was very active and tumultuous. Back then, its roiling surface regularly blasted out huge bursts of gas and magnetic field in coronal mass ejections (CMEs). The charged particles erupting from those CMEs streamed outward toward the planets.

“We know younger stars are more active,” David Brain, a space physicist on the MAVEN team, tells Popular Science. “Younger stars have more solar storms, and more intense storms. Mars was probably being bombarded by these storms early in its history.”

Lucky for us, Earth’s magnetic field repelled the brunt of those particles. Mars wasn’t so lucky. Although the planet once had a protective magnetic field, it disintegrated at some point. As a result, the charged particles from the CMEs crashed into Mars’ atmosphere like a tsunami wave.

Scientists have long suspected those crashing waves of CME particles might have played a role in degrading Mars’ atmosphere. Now, thanks to MAVEN, they can finally estimate how large that role was.

When charged particles from the sun smack into the molecules in Mars’ atmosphere, they energize the molecules enough that they can zip away from the planet.

“Mars was probably being bombarded by these storms early in its history.”

“What we wanted to do is understand whether the solar storm really made a big dent in the atmosphere,” says Brain.

By observing Mars’ atmosphere before and after a CME in March, the MAVEN team found that the CME made Mars’ atmosphere escape 10 times faster. And this wasn’t even a particularly big solar storm.

Nevertheless, “today’s solar storms are like windows into what Mars may have been subjected to billions of years ago,” says Brain. “A long time ago, when these events were more intense, it might have been the dominant way that Mars was losing its atmosphere.”

Meteorite impacts may have also blasted away parts of Mars’ atmosphere, while solar wind–the charged particles that regularly stream from the sun–probably eroded the atmosphere more slowly. And it doesn’t help that Mars doesn’t have a whole lot of gravity to hold onto those atmospheric molecules. But so far, it’s still not clear how important each factor was in the Martian cataclysm.

“Today’s solar storms are like windows into what Mars may have been subjected to billions of years ago.”

The loss of Mars’ protective magnetic field was likely a key factor, but scientists aren’t sure how that happened. Perhaps MAVEN, which is also measuring the remnants of Mars’ magnetosphere, will turn up clues as to what happened.

Now that we have an estimate for how much damage the Martian atmosphere can suffer from a medium-sized solar storm, the team wants to learn how larger and smaller storms influence the escape rate.

“We want to know how those numbers go up or down as the sun gets more or less active,” says Brain. “Once understand how numbers vary, we can really extrapolate back in time.”