Correlation and causation get mixed up again 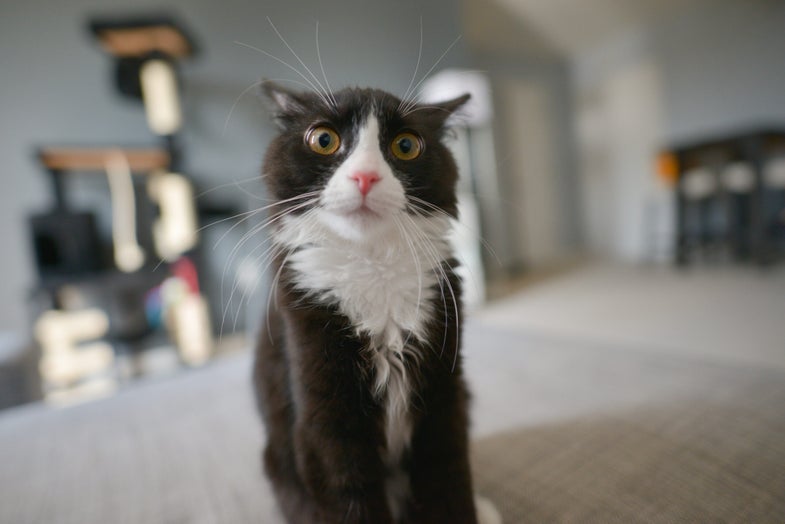 Cat owners can sleep easy tonight. Well, maybe they can’t if their cat likes to wake them up at 4am by gently clawing their cheeks, but they can at least put their minds at ease: owning a cat isn’t actually bad for your mental health.

Biologists and epidemiologists have cited cat ownership as a risk factor for psychosis, schizophrenia, and a whole slew of other psychological problems. Studies had long showed that cats can host the bacteria Toxoplasma Gondii, which has been repeatedly linked to said mental health problems. The T. Gondii parasites get excreted in cat feces, and since cats poop indoors in litter boxes cat owners are often in close proximity to the organism. So it follows that having a cat increases your risk of psychosis. Except that it doesn’t.

This is a fairly classic case of ‘correlation doesn’t imply causation’. If you compared the amount of popsicles eaten to the number of drownings that occur, you’d probably find a significant correlation. That seems like it implies that the more popsicles you eat, the more likely you are to drown. In fact, it’s far more likely that there’s a third, confounding factor: proximity to a body of water. People are more likely to eat popsicles when they’re at the beach or by a pool, where drownings almost exclusively take place. Or take a real world example: having a lighter in your breast pocket makes you far more likely to have lung cancer. Is it because lighters somehow cause cancer? No. It’s because smoking causes lung cancer and smokers often keep lighters in their breast pockets.

The same seems to be true of cat ownership. It’s true that T. Gondii infection makes you more likely to have psychological problems because the parasite affects the muscles and brain. It’s also true that T. Gondii reproduces and lives in cats and gets excreted in their feces. But when psychiatrists at University College London followed over 4,500 kids from birth to age 18, gathering data about their pet ownership, home lives, and health, they couldn’t find a link. Their study, published on Tuesday in Psychological Medicine, contradicts prior research that’s been widely reported on.

It seems that the previous studies were finding relationships based on biased data. Many of the studies were retrospective, meaning they asked participants to look back on their lives and recall habits, living situations, and health issues. Recall like that is fairly unreliable, though, and with small sample sizes on top of the bias issues the resulting data wasn’t exactly optimal. Some studies also failed to control for confounding factors, like occupation, socioeconomic level, other pet ownership, and over-crowding in the home. A few or all of those factors may be the true culprits. In some of the analyses that the University College London group performed, they found a link between cat ownership and mental health problems when they only looked at those two factors. The link disappeared once they controlled for confounding factors, which implies that cat ownership is correlated with some other factor that’s actually causing mental health problems.

It’s also worth noting that even if your cat has a T. Gondii infection, it’s unlikely that you’ll get infected. As the Cornell Veterinary School points out, cats only shed the organism in their feces for a few days, which is a small window in which to make the transfer. Plus, indoor cats who aren’t fed red meat or don’t hunt prey probably haven’t caught the parasite to begin with. You’re more likely to get infected by handling your own food than by emptying the litter box.

That’s not to say that you shouldn’t be careful when handling cat feces. But we should stop claiming cat poop is to blame for human psychosis. After all, wanting to own a pet that acts totally disinterested in you unless it’s clawing your skin isn’t psychotic—it’s just very masochistic.