Why do cats—and so many other animals—look like they’re wearing socks?

The possibilities of pigmentation are endless. 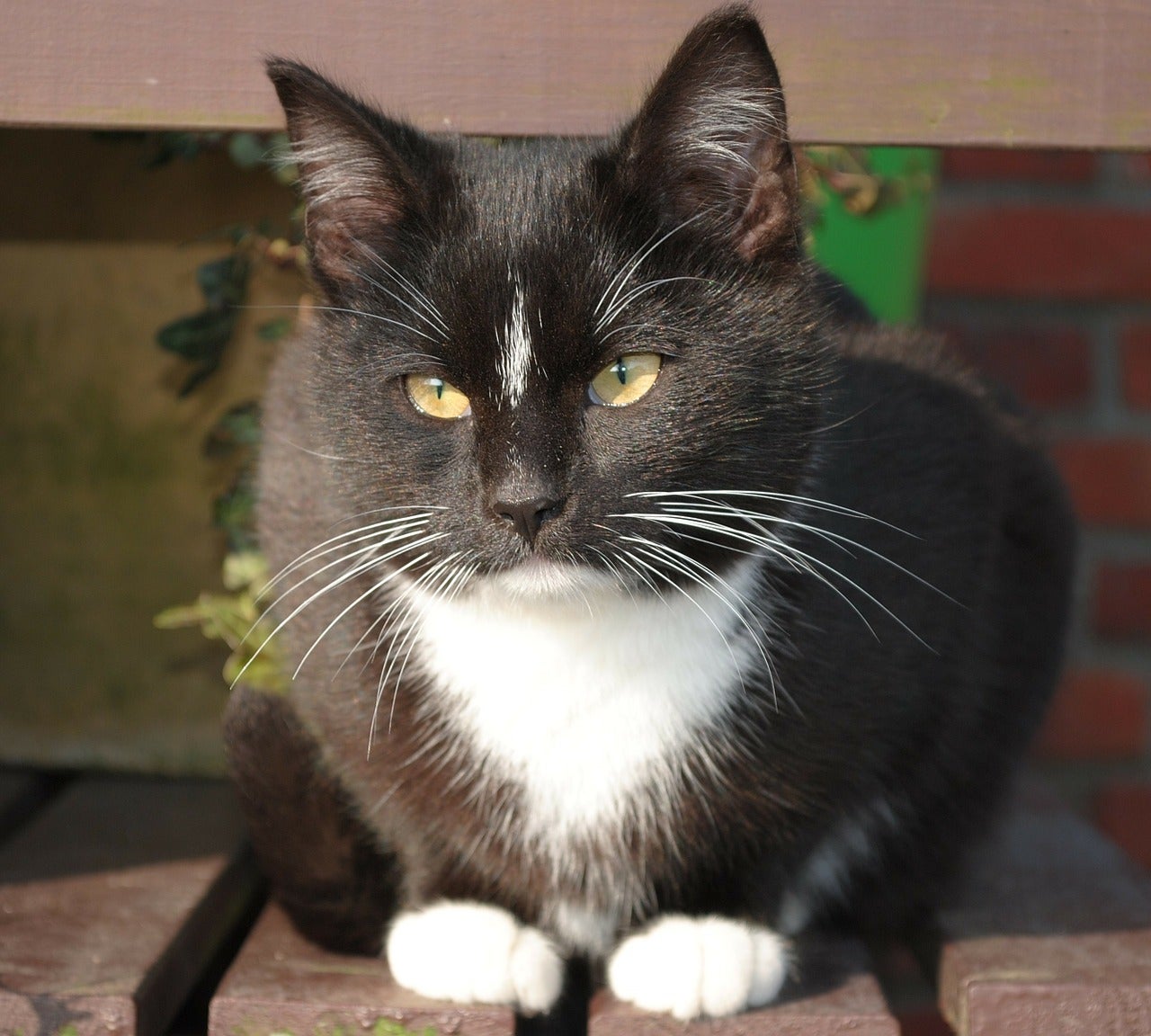 Grumpy Cat. Lil Bub. Maru. What do all of these internet-famous cats have in common? From ankle down, their paws are as white as the trendy marble countertops vying for attention in the very same Instagram feed.

Pet lovers refer to this particular color pattern as an animal’s “socks,” “booties,” “mittens,” or “tuxedo” for obvious reasons. The phenomenon of pigment mixed with white splotches can occur in pigs, deer, horses, dogs, guinea pigs, birds, and, in rare cases, humans. But it’s particularly prominent in cats, as evidenced by the fact that Socks consistently ranks in the top names for felines. (Even former President Bill Clinton bestowed it upon his black-and-White House pet, who notoriously did not get along with the family’s monochromatic chocolate lab, Buddy.)

But scientists have another name for it: piebaldism. It’s the result of a mutation in the KIT gene, which causes an unusual distribution of melanocytes—the cells that give eyes, skin, and hair or fur pigment.

When a cat is still an embryo, all of its available melanocytes are bunched up toward its back, where its spinal column will eventually form. As the fetus develops into a mewling kitten, pigment cells spread throughout the developing body. If the melanocytes are evenly distributed, the cat could have a unicolor coat, like Sabrina the Teenage Witch‘s all-black cat, Salem, or the all-white Hello Kitty. But in many animals, the cells spread irregularly. That’s how you get a cat like Sylvester, who’s black from his back to his legs, but white down to his toes.

Why exactly the melanocytes clump and cluster has been a matter of some debate. It was long thought that the cells just didn’t move at the right rate to completely cover an animal’s body. But more recent research in Nature Communications using a mathematical model of melanocytes suggests that the pigment cells in piebald animals don’t divide often enough, leaving the developing critter without enough biological material for a monochrome coat.

Piebaldism isn’t the only genetic quirk that can alter an animal’s fleece, according to the UC Davis Veterinary Genetics Lab. The tabby cat’s signature look is served up by the agouti gene, which determines the distribution of black pigment. The same gene gives rise to “bay” horses, which have ruddy brown bodies, but pitch black manes and tails. Norwegian Forest cats harbor two mutations of note: The aptly-named “Orange gene” on the X chromosome can produce a red coat in many cats, but an alteration on the MC1R gene appears specific to this breed. Born one color, these felines can mature into another golden or “amber” hue. And Siamese and Burmese cats have a form of selective albinism that allows them to suppress melanin production based on temperature. The activating enzyme tyrosinase explains the Siamese’s ombre appearance, with its sandy-colored abdomen (the warmest part of the body) that darkens around the extremities, including its ear tips and paws.

Maybe the next meme-worthy cat should be named for a geneticist. Gregor Meowndel, anyone?