Zero Motorcycles introduced a fancy new street bike today, as well as a more energy-dense battery pack. Here's how it all works. 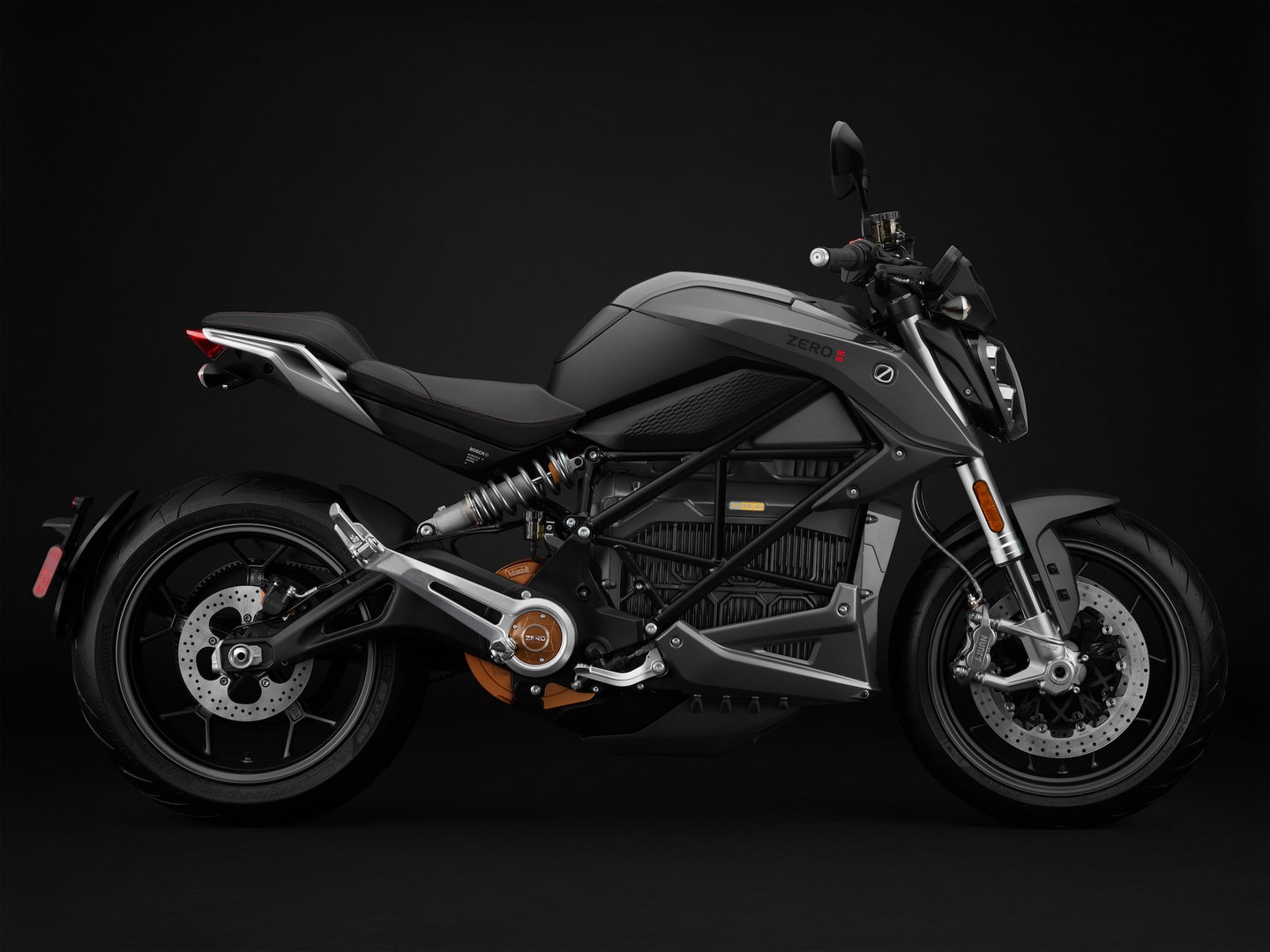 An electric vehicle’s fuel comes from its batteries. Those lithium-ion battery cells can be a source of problems if they have defects, like with the recent Chevy Bolt recall. But they’re also a root source for innovation. Automakers can introduce new technology to try to increase their energy density—and thus increase the vehicle’s range, too.

Today at an event in New York City, Zero Motorcycles, which makes sleek-looking electric two-wheelers, unveiled a new battery architecture that they brag has around 20 percent additional capacity but weighs about 6 pounds less. They’re pairing this power pack with a new iteration of its SR motorcycle, which they also unveiled.

The new battery system from Zero is housed in a fancy-looking module made from diecast aluminum and polycarbonate. It contains 56 lithium-ion battery cells, which are shaped like rectangular pouches and are roughly half an inch thick.

Brian Wismann, the vice president of product development at Zero, says that a few changes allowed them to pack the increase in capacity into the battery system. One of those is changes to the cells themselves, which Zero purchases from a company called Farasis Energy. “Certainly, the cell chemistry has to improve to be able to achieve higher capacity,” Wismann says. “There’s improvements to just the chemistry itself, and then there’s also improvements to the chemical stability of the cell, to allow you to charge to higher voltages.”

At their most basic level, lithium-ion batteries have a few key parts to their design. The anode is the negative electrode, while the cathode is the positive one. Positively-charged lithium ions travel between those two electrodes, shuttling through a liquid electrolyte. An aptly-named component called the separator keeps the two electrodes separate. Electrons discharge from the anode when the motorcycle—or cell phone, vacuum, or whatever—needs juice, traveling through an external circuit and eventually into the cathode. One drawback to that liquid electrolyte is that it is flammable, so some companies, like Dyson, are moving towards solid-state lithium-ion batteries.

Managing the heat that the battery pack on an electric motorcycle produces when it’s discharging or charging is a key aspect of the design that Zero had to develop. “With that additional capacity in a small space, you’ve got some heat to deal with, both in charge and discharge,” Wismann says. “And if you’re trying to figure out how to charge faster, then you’ve got to consider that when a rider plugs in their motorcycle, the battery may already be hot.”

Wissman says they’ve dealt with this hot issue in a couple ways. One is by “optimizing” its passive heat sinks—the diecast aluminum with the ridges on the sides of the battery pack. Those “extract heat from the cell,” he says.

The more dynamic way they’re handling the heat issue is by adding two fans to the battery assembly to actively cool it down, a new move for the company. Those fans could be spinning “even when the bike’s sitting there and charging,” he says.

“That active management allows us to extract the most out of this new cell technology,” Wissman adds. “This is a fairly novel approach, and it’s been very effective for us in testing so far.”

These new batteries will go into three of the company’s fanciest bikes, which all have confusingly similar names: the SR, the SR/F, and the SR/S. The company literally took the wraps off both the new battery module and their new SR motorcycle today, and Sam Paschel, the company’s CEO, explained that the increase in battery density leads to better range for the bikes; he estimates that the 20 percent boost in capacity translates into a 16 percent increase in range for the motorcycles that have the new module, on average. “The reason you lose a bit there, is that no powertrain—even as efficient as ours is—is perfectly efficient,” he says.

The base model of the SR will hit 104 mph and travel some 156 miles on a charge with city driving. It starts at about $18,000, but you can also spend more money on added features that will allow the electric motorcycle to go faster and further.