Modern electric cars are still in their infancy, and one of the most onerous growing pains has to be their... 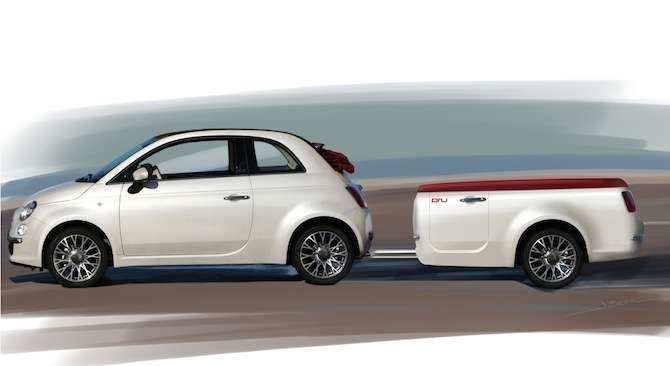 Modern electric cars are still in their infancy, and one of the most onerous growing pains has to be their limited range–even the otherwise-pretty-awesome Nissan Leaf can only go about 100 miles on a charge. In answer to that issue, the Pru trailer concept offers a 700-mile boost in range, extra storage space, and sweet details like topographical analysis via Google Earth.

The Pru trailer (it stands for Power Regeneration Unit) from Electric Motors and Vehicles is more than a simple extra battery on wheels attached by trailer hitch. Powered by software called the Smart Hitch, the Pru actually measures its own speed and powers itself along at the same speed as the car, thereby making sure it doesn’t slow the EV down with its weight. It’s even equipped with a GPS sensor that syncs with Google Earth, measuring topographical details that might affect its charge cycle. 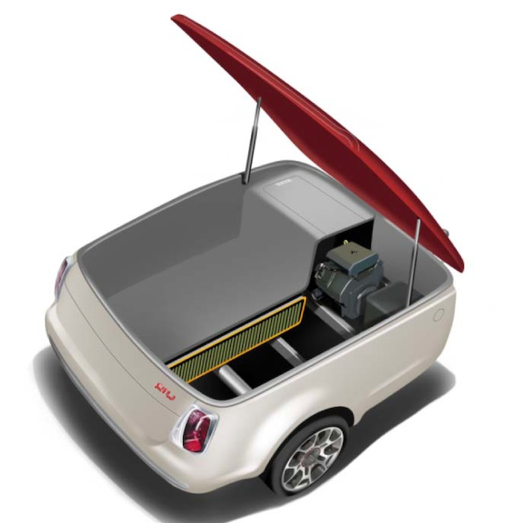 It’s actually a hybrid itself, boasting both a 750cc diesel motor and a substantial amount of lithium-ion batteries that combine to give about an extra 700 miles to an electric vehicle’s range. It can also be used as a standalone charging unit, just in case. It’s still a legitimate trailer, too–only about a quarter of the Pru’s six-foot length is taken up by its batteries, leaving room for storage.

The Pru is just a design for now, not even in the prototype stage, though a representative says it could be ready in the first half of 2011. It might be sort of prohibitively priced, at around $15,000. Hopefully they can find a way to bring costs down, via government subsidies or whatnot. It enables a driver to actually use a short-range electric car as a main vehicle, even allowing weekend trips. It’s definitely an interim solution, until battery efficiency and EV infrastructure is up to snuff in the States, but man, what a smart little interim solution it is.