Which vehicle would win—an electric Hummer or a Corvette?

A competition between the two offers lessons in the difference between quickness and speed. 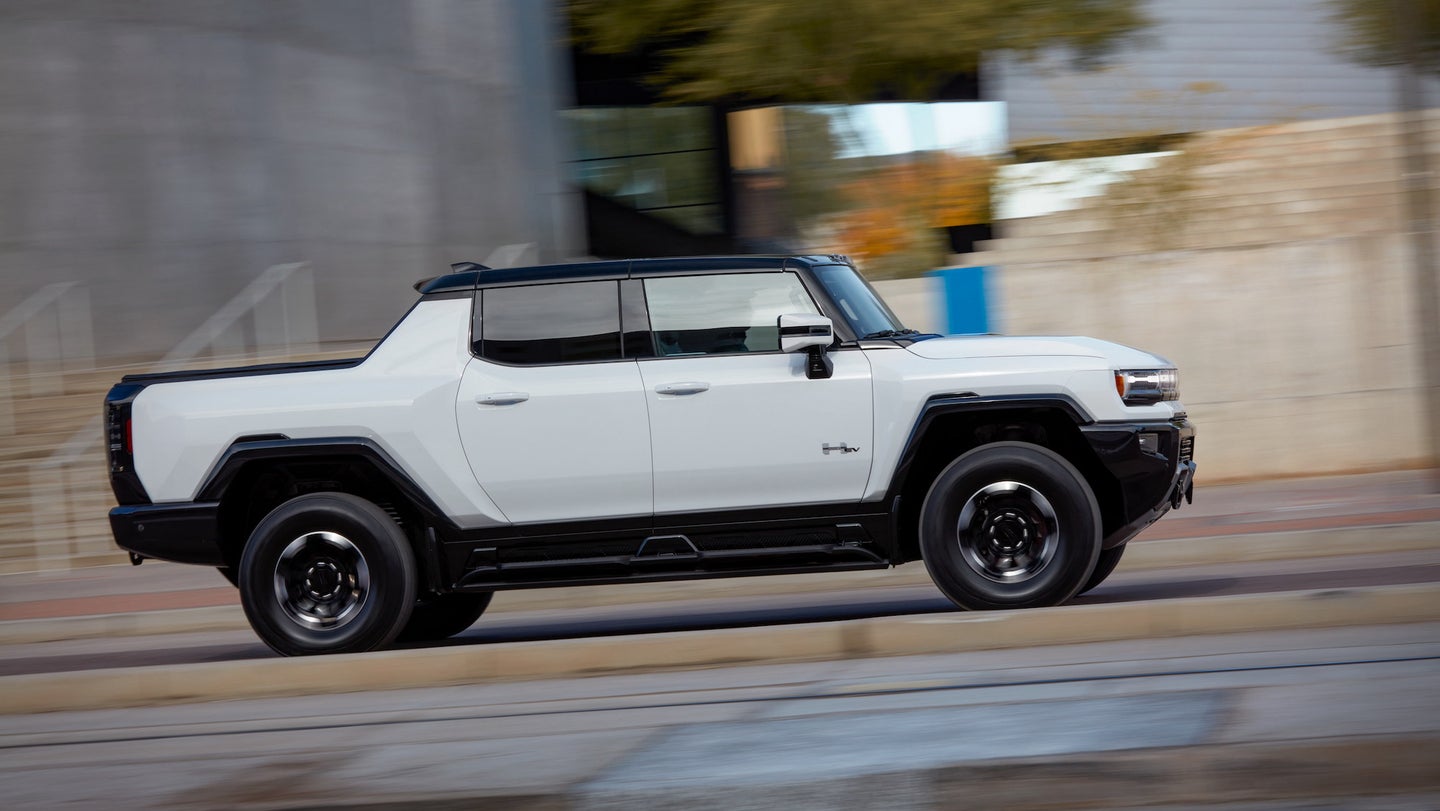 Imagining a 9,000-pound GMC Hummer EV racing a 3,600-pound Corvette Z06 sports car evokes an image of an elephant lined up next to a cheetah. Considering that the Hummer EV’s Ultium battery pack alone weighs nearly as much as the Corvette, the question of which will win seems obvious.

Not so fast, though: YouTuber Austin Everett of Speed Phenom recently pitted his own Z06 against the massive all-electric truck, and the results were much closer than you might think.

Here’s what a race like this can teach us about the difference between being fast and being quick—and what aspects of a vehicle contribute to those qualities.

For a traditional drag race, two vehicles generally start side by side on a flat, straight quarter-mile strip. A device called a “Christmas tree” sits between them, initiating a light sequence that usually switches from amber to green for go. During a race, a red light indicates an infraction of some kind at the start. For an amateur head-to-head drag race (don’t try this at home, kids), someone can signal the cars manually.

While horsepower makes a car fast in terms of its top speed, getting the jump at the starting line is about quickness, and torque plays a starring role. The 2023 Corvette Z06 boasts 670 horsepower and 460 pound-feet of torque, for which Chevrolet claims a 0-to-60 mph time of 2.6 seconds. Equipped with the Z07 Performance Pack (like Everett’s vehicle), the car can achieve that acceleration in 2.8 seconds.

In contrast, the Hummer EV has an astounding 1,000 horsepower and brags of 11,500 pound-feet of torque. To be clear, the latter number is the sum of four motors, one at each wheel, each generating between 380 and 400 lb-ft of what enthusiasts call “grunt.” As is, the powerful EV truck can reach 60 mph in about four seconds. But in a setting called “Watts to Freedom” mode, the Hummer EV can shave a second from that time.

Electric cars like the Hummer EV turn stored energy into speed nearly instantaneously, versus gas-powered cars like the Z06, which employ a mechanical process to convert fuel to energy. Still, on this particular chilly day for the competition in question, the Z06 raced to 60 mph in 3.4 seconds and the Hummer EV reached that speed in 3.8 seconds.

Driving the Hummer in WTF mode (remember, that technically stands for “Watts to Freedom”) provides an unexpected thrill if you haven’t experienced it before. WTF mode enables peak torque for a few seconds, much like launch mode in gas-powered cars. When I tried it, my face broke into a wide, uncontrolled grin that erupted into a laugh. The sensation of being propelled into the space ahead with that kind of force in such a big car feels like being strapped to a bullet train.

During Speed Phenom’s test, the big Hummer EV rocketed off the line, as expected. Everett said it was faster than Chevrolet’s vaunted sports car up to about 40 mph. By the time each vehicle reached 60 mph, however, the internal-combustion-powered Z06 made up the time and then some. In the end, the Corvette handily won the competition, but it wasn’t the pounding many might expect between the sleek car and the hulking EV.

Ultimately, while torque is impressive up front for the GMC, the Chevy won with sustained torque and horsepower that carried it to the finish line. Contributing to the Hummer EV’s relative lag is its bulky weight and off-road-ready 35-inch tires, which are fantastic for tackling dirt and rock but less so for speed.

EVs are getting even quicker

For the uninitiated, a reminder: EVs can be really quick, and that’s thanks to several factors. As Car and Driver explains it, EVs quickly deliver maximum torque due in part to the front and rear motors providing additional traction to all four tires. As a result, EVs can “channel more of their power to the pavement than if they had two-wheel drive and to launch from rest aggressively with minimum or no wheelspin.” EVs also ride on specially-designed wheels and tires crafted to carry the extra weight of electric components.

As an extreme example, a few months ago, I took a spin in a 1,914-horsepower Rimac Nevera, which cranks out 1,741 lb-ft of torque for its $2 million-plus price tag. “Do you mind if I drive fast?” the Rimac engineer asked me, before flattening the back of my head to the passenger seat with an explosion of power. Further, Rimac’s engineers claim a 0-60 mph time of less than one second is possible.

For those without that kind of balance in their bank account, even Kia’s new EV6 GT claims an impressive 576 hp and 546 pound-feet of torque for about $50,000. With that level of power, Kia says its humble four-door crossover matches up to a Porsche Taycan, Ferrari Roma, and Lamborghini Huracan Evo Spyder RWD for acceleration.

In the real world, most people don’t need massive torque or horsepower to enjoy the ride. On the other hand, it does feel good to dust that obnoxious tailgater every now and again.

Watch the competition, below: