Audi has been exploring how V2X tech could warn both drivers and workers about collisions. 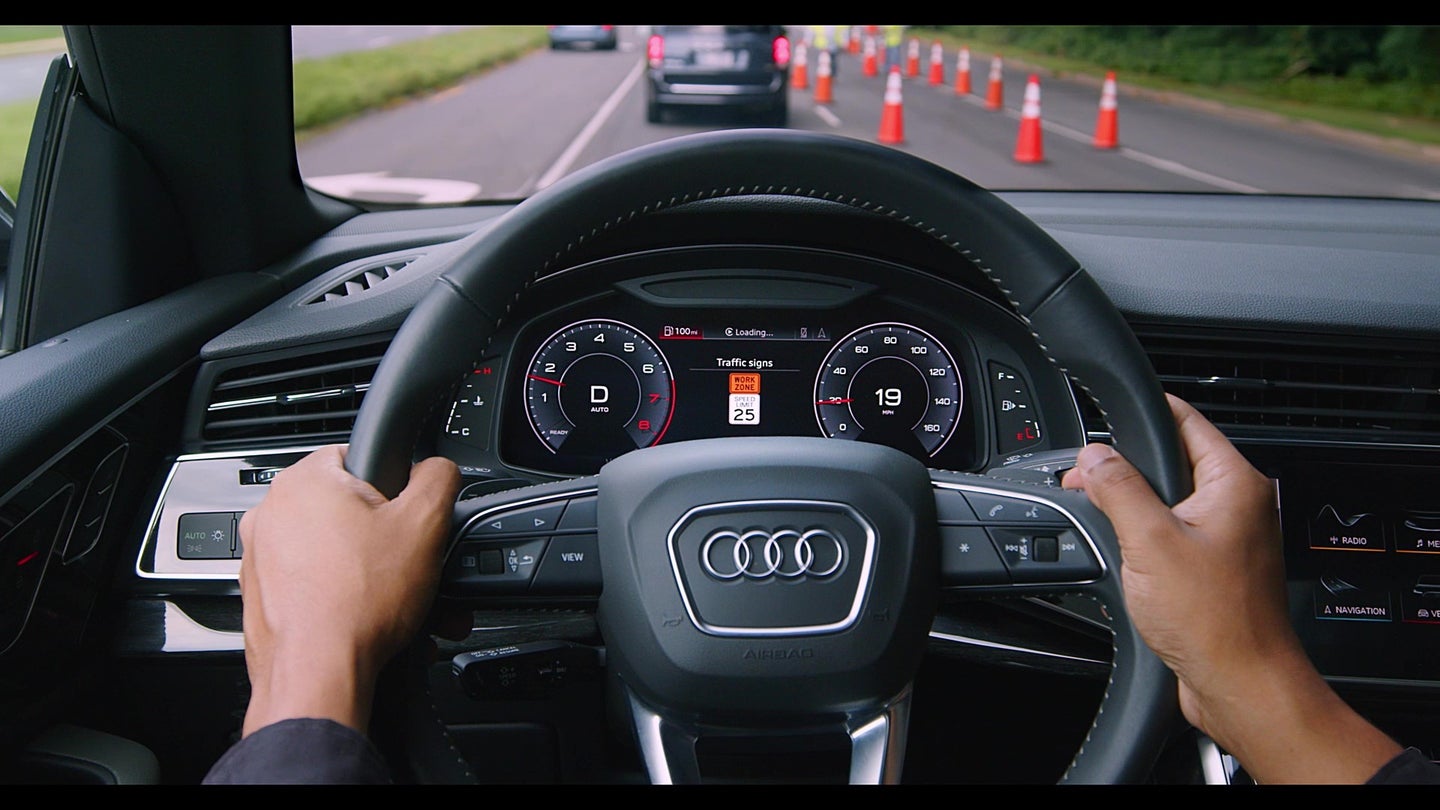 More than 1,200 roadside workers have been killed by accidents involving vehicles since 2010. In 2019 alone, the National Highway Traffic Safety Administration says that of the 842 fatalities that occurred in work zones, 135 involved roadside workers.

Audi is trying to do something about that problem. The automaker is one of many that are working to build a slew of new connected convenience and safety features into its upcoming cars. Doing that right means carrying out meticulous testing to make sure the tech works as well as it sounds—which includes initiatives like Audi’s newest pilot program that examined using new connected tech to keep people safe both inside and outside of the car.

Key to this kind of initiative is Cellular Vehicle-to-Everything (C-V2X) technology. This over-the-air connectivity ensures that properly equipped vehicles can provide meaningful data to other vehicles and C-V2X-equipped infrastructure. This data could include details on road hazards, the speed to drive to avoid a red light, or even notify cars of an upcoming traffic jam. And it one day might play a part in reducing those work zone deaths.

Connected vehicles as a whole aren’t new. Audi has equipped its cars with cellular service since 2010, when “groundbreaking” simply meant integrating 3G and Google Earth.

Audi’s more modern C-V2X implementations have been in place since the automaker first began working with the Virginia Department of Transportation in 2020. Using a combination of 5G cellular radio and the recently repurposed 5.9GHz wireless band (which is being used to bolster the rollout of C-V2X), the German automaker has moved away from closed-corridor testing and moved its new safety pilot to a stretch of road along U.S. Route 50 in Virginia.

Here’s how the tech works: Imagine that a driver in Audi’s development vehicle, a C-V2X-capable Q8 SUV, is headed towards a work zone while driving. The vehicle’s 5G cellular radio receives indirect communication from a nearby cell tower to the vehicle about the construction zone, and an alert is displayed on the Q8’s instrument panel to notify the driver that they are driving towards a construction zone.

When the driver is close enough to the work zone, the car transitions from talking to the cell tower and instead begins transmitting data on the short-wave 5.9GHz spectrum directly with the hardware installed at the work site. This allows for proximity-based alerting to provide the driver with information relevant to its immediate location at the work zone, like instructions on how to follow a new traffic pattern or displaying a reduced speed limit.

Meanwhile, the Virginia Tech Transportation Institute, which Audi partnered with as part of its testing, developed a high-visibility vest for the workers to wear with connected tech built-in. If a connected vehicle gets too close to the workers when driving through the work zone, the vest can alert the wearer of the car’s presence of audible warnings and lights. Likewise, the location of the worker wearing the vest can be sent to the car to display alerts and help detect any impending collision between the motorist and the workers.

Audi says that the technology used to connect vehicles to infrastructure is rapidly growing. The automaker believes that by 2023, more than 5.3 million devices—including vehicles, bicycles, work zones, railway crossings, and other gadgets—will be able to connect to V2X frequencies. By 2028, it estimates that number will skyrocket to as many as 61 million devices. And as more devices and vehicles adopt this tech, it may one day prove to be crucial in not just making life easier for the driver behind the wheel, but also in saving lives.