Let's take a look at its powerful LT6 engine with a flat-plane crankshaft. 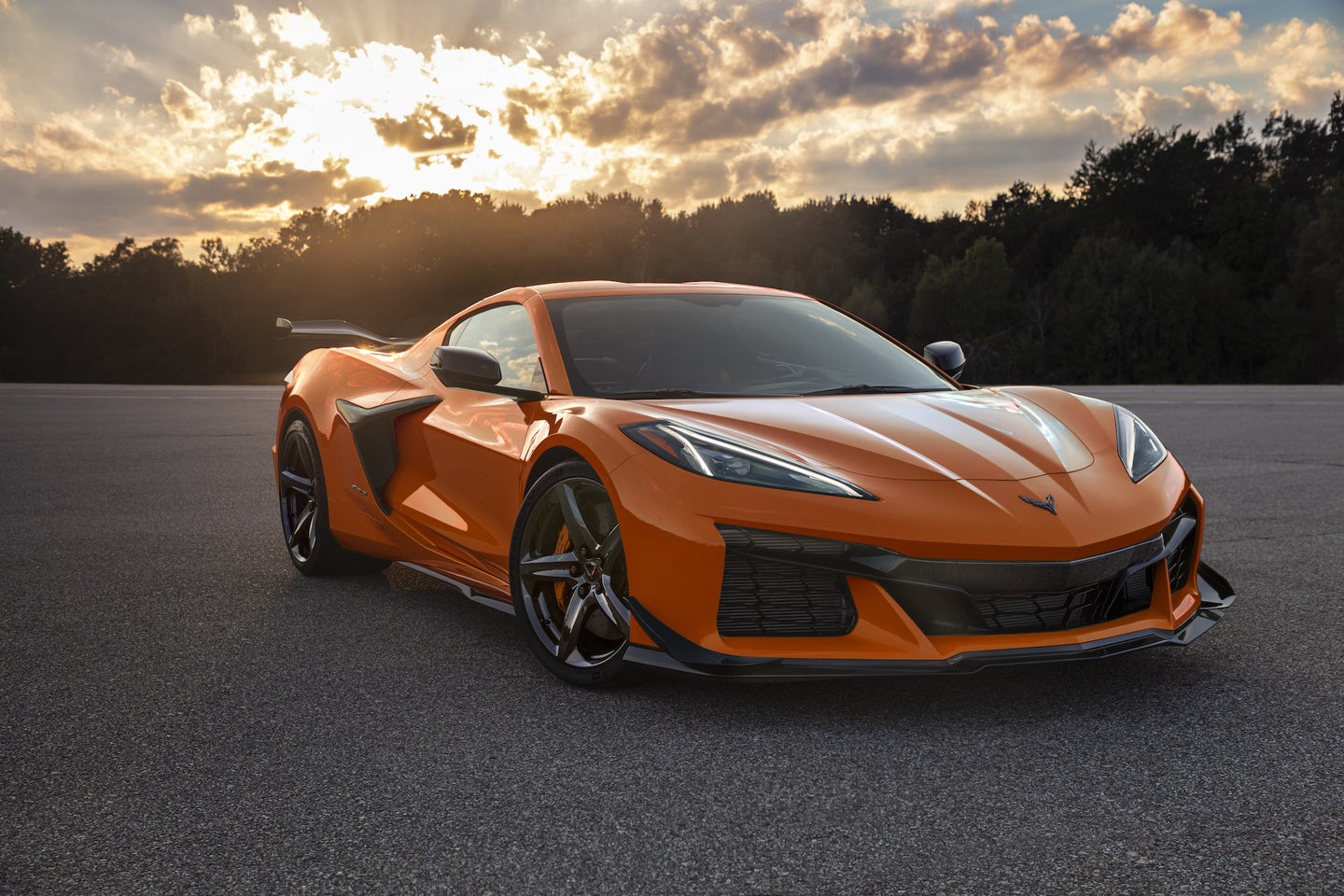 The eighth-generation “C8” Chevrolet Corvette, which first debuted in 2019, is nothing short of America’s supercar. The C8 embodies a seldom-seen rear-mid engine layout, along with a powerful V8, which enabled it to make waves when it first hit the road. It has since consistently delivered incredible performance for its value. Since its original rollout, Chevy has been teasing an even higher-performance variant, and now, the world is getting exactly what it has been waiting for in the form of the Corvette Z06.

New for 2023, the performance-oriented track weapon that is the Z06 bridges the gap between the street-going base model Corvette and the race-oriented C8.R. Its sole goal is to absolutely lay waste to just about anything in its path—on the track or otherwise.

At the core of its ruthlessness is a high-revving, naturally-aspirated 5.5-liter V8 engine that produces an astounding 670 horsepower at 8,400 RPM, and 460 pound-feet of torque. In fact, General Motors says that the LT6 engine found in the C8 Z06 is the most powerful naturally-aspirated V8 in a production car, period.

[RELATED: This Camaro has an engine so huge you can only drive it on the track]

It certainly sounds the part, too. The new Corvette Z06’s rear-mounted V8 spews visceral exhaust notes like one would expect to hear come from the tailpipe of an exotic sports car, such as a McLaren P1, Ferrari F430, or Lotus Esprit. And there’s a reason for that. It starts with a key component found within the Z06’s V8 engine that is also shared with all of those legendary cars.

Let’s take a look at the Z06’s engine

To better understand what makes the Z06 such a special addition to the Corvette lineup, it helps to head to the back of the car and pop the hatch. Nestled just in front of the rear wheels is the LT6 engine—the real star of this Corvette’s mechanical symphony. While this might just look like any other V8, its flat-plane crankshaft makes all the difference.

Crankpins are evenly spaced along the length of the crankshaft—one crankpin for each cylinder. On a normal crossplane crankshaft found in a traditional V8 engine, each crankpin (along with a corresponding counterweight mounted opposite of it for balance) is rotated around the crankshaft, positioned approximately 90-degrees from another. Think of this like evenly spacing weights along the equator of the Earth to maintain balance. This spacing creates both a primary and secondary point of balance along the crank’s rotational axis. As a result of all this, an engine with a crossplane crankshaft is better stabilized and has decreased noise, vibration, and harshness.

However, comfort comes with some tradeoffs. A crossplane crankshaft achieves additional balance by placing the aforementioned counterweights on the crankshaft across from each crankpin, meaning that the crankshaft is often larger and the rotational mass of the fastest-moving part in the engine is increased. Heavier rotational mass means a less responsive engine, and a larger crankshaft means less compact engine packaging.

Meanwhile, this Corvette’s flat-plane V8 is essentially two inline four-cylinder engines mashed together with only one primary point of balance on the rotational axis. This configuration (along with aluminum forged pistons and titanium connecting rods) allows for lighter rotational mass with shorter strokes—the distance that a piston travels from top-dead center to the bottom of the cylinder—and as a result, can typically rev significantly higher, significantly quicker than an engine equipped with a crossplane crankshaft.

[RELATED: The Corvette is finally the supercar it deserves to be]

The unique sound of the C8 is a combination of how high the hand-built LT6 can rev, as well as the order in which the cylinders fire. A flat-plane crankshaft will alternate the combustion process between its left and right cylinder banks, resulting in efficiency-boosting plumes of perfectly timed pulses of exhaust gasses. A traditional V8—which this vehicle does not have— doesn’t always follow this order and produces the typical rumbly V8 sound signature.

Power is sent to the wheels through an eight-speed dual clutch gearbox, and the combination of high power output along with the fast shifting transmission allows for a 0-to-60 mph sprint of just 2.6 seconds. That acceleration is comparable to the $625,000 Ferrari SF90 Stradale, though for undoubtedly less money.

Of course, the Z06 isn’t just about raw power. Chevrolet’s engineers knew it could also rework other facets of the platform to better increase the car’s overall performance.

The modifications start at the ground with a set of large staggered wheels. At the front are 10-inch-wide wheels measuring 20 inches in diameter, and the rears are even larger at 21 inches by 13 inches. Aluminum wheels come standard, though an add-on carbon fiber set is available if the buyer wants to shave off another 41 pounds of unsprung weight. An optional Z07 package also includes Brembo-branded brakes with very large 15.7-inch and 15.4-inch carbon-ceramic rotors to increase stopping power.

The all-new 2023 Chevrolet Corvette Z06 is due to land on dealer lots beginning in summer 2022, so get ready to listen to the sound of a screaming flat-plane-V8 on streets and tracks shortly thereafter. For now, take solace in knowing that GM has made what might just be the most capable American-built supercar in history.

As for pricing, a little more patience is needed on that front too. GM hasn’t released the MSRP for the Z06 just yet, but more information is expected to be announced closer to the launch date.

Correction on Oct. 28, 2021: This post has been updated to correct an error that described the V8 on the base model C8 Corvette as being a twin-turbo engine. It is not.