The full-electrics are coming in 2025, but the hybrid is here now. 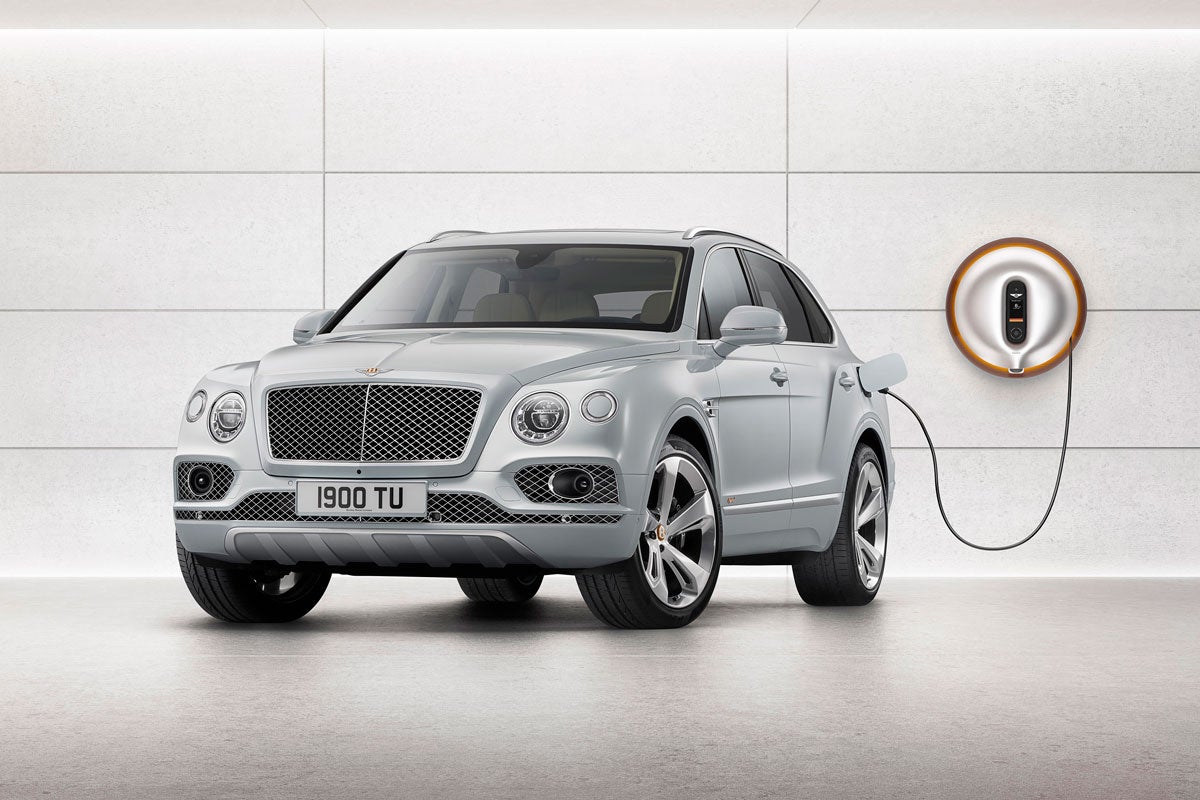 While electric drive provides environmental benefits, it has characteristics that make it ideal for prestige vehicles too. In addition to using increased efficiently over gas-powered vehicles, EVs are smooth, silent and powerful. Those are all traits traditionally assigned to posh luxury vehicles from carmakers like Bentley. They have normally achieved this by adding many cylinders, as in the Bentley Bentayga W12.

The new Bentayga Hybrid, however, matches an electric drive system with a turbocharged gasoline V6 engine.

From this starting point, Bentley is targeting a full battery EV like the EXP 100 GT by the end of 2025. Bentley has a tradition of showing daring EXP concept cars and then launching production models that incorporate some of their flavor without being actual replicas of the concepts.

The new Bentley Continental GT shows the influence of the earlier EXP 10 Speed 6 concept, but with the expected accommodations for manufacturing and road-driving realities, and so it will likely go with the EXP 100 GT’s eventual production descendent.

Bentley’s current schedule is to roll out the Bentayga hybrid to U.S. showrooms by early 2020, and to electrify every Bentley model with some degree of hybridization by 2023, according to spokesman Wayne Bruce. Finally, by the end of 2025, Bentley will roll out its first full battery-electric model, he added.

With its hybrids, the company hopes to maintain its level of performance, while totally cutting emissions during city driving. As the world’s largest cities that are home to many Bentley customers are increasingly requiring emissions-free operation in their center cores. Bentley says the Bentayga Hybrid can drive 30 miles on electric power alone on the European testing cycle, and our miles behind the wheel in the San Francisco area mirrored that range estimate. The EPA, on the other hand, says it will only go 16 miles on battery power, and perhaps that will be the case when it is cold and dark rather than warm and sunny.

The car’s computer knows how quickly it is using its stored electricity and it projects an estimated driving radius from its current location onto the navigation system’s map. Because the roads don’t lead directly in all directions, there is traffic along some portions of available routes and hills that distance varies, the resulting range outline has an irregular shape has been dubbed the ‘fried egg’ by Bentley insiders. This is the sort of technology that will only become more crucial for future electric-only Bentleys like the production version of the EXP 100 GT.

Charging time with a proper home charger is two and half hours, and plugging into a regular 110-volt wall outlet will top off the 13 kilowatt-hour battery pack in seven and a half hours.

It is more hushed and placid than anyone could hope for a Bentley at parking lots and around-town speeds. As with other plug-in electrics, at highway speed road and wind noise become prominent enough that the power source doesn’t matter as much, so it is harder to appreciate the silence of the electric drive while cruising the Interstate, though it can reach 84 mph on electric power alone.

In Hybrid mode, the 335 horsepower, 332 pound-feet turbocharged gasoline 3.0-liter V6 engine comes online as needed, combining with the electric drive for 443 horsepower. You’ll notice this number does not equal the peak power of each of the two drive systems. That is because gas and electric motors produce their peak power under different circumstances, and so they will not both hit their peaks at the same time.

In this mode, the Bentayga tends to use the electric motor for a quiet, torquey launch and then blends in the gas engine as the vehicle gains a little speed. As a hybrid, the Bentayga feels exactly like a regular gas Bentayga, but one that uses less fuel.

Hold mode keeps the battery topped up rather than depleting it to save fuel. In this mode, the Bentayga Hybrid offers maximum performance because the battery is always available to provide some assistance to the gas motor as needed.

Bentley says the Hybrid will scoot from a standstill to 60 mph in 5.2 seconds and that it reaches a top speed of 158 mph.

Another component of Bentley’s electric drive future is also available now: a Phillipe Starck-designed home charging unit made using “pressed eco-linen with bio-sourced thermosetting resin” and a “hot-pressed aluminum casting.” Bentley says the aim was to provide “a functional piece of art that will enhance any home,” rather than an industrial-looking tangle of cables like the ones behind your TV.

The EXP 100 GT concept forecasts a future when the all-wheel-drive, all-electric drive system will apply 50 percent more power from 35 percent less mass. This not only yields harder corning capability but also quicker acceleration. Sixty miles per hour is only 2.5 seconds away in the EXP 100 GT and top speed is 186 mph. But the battery has enough juice to cruise 425 miles at legal speeds and the advanced charging system will reach 80 percent battery capacity in just 15 minutes.

It has active air intakes in the front grille that not only channel cooling air to the batteries and power electronics but also routing some out the back of the car to reduce aerodynamic drag.

Naturally, the EXP 100 GT is expected to offer the choice of autonomous driving mode. When a car with capabilities like this arrive, it can trace its roots back to the 2020 Bentayga Hybrid.