Do you want to go fast or far? 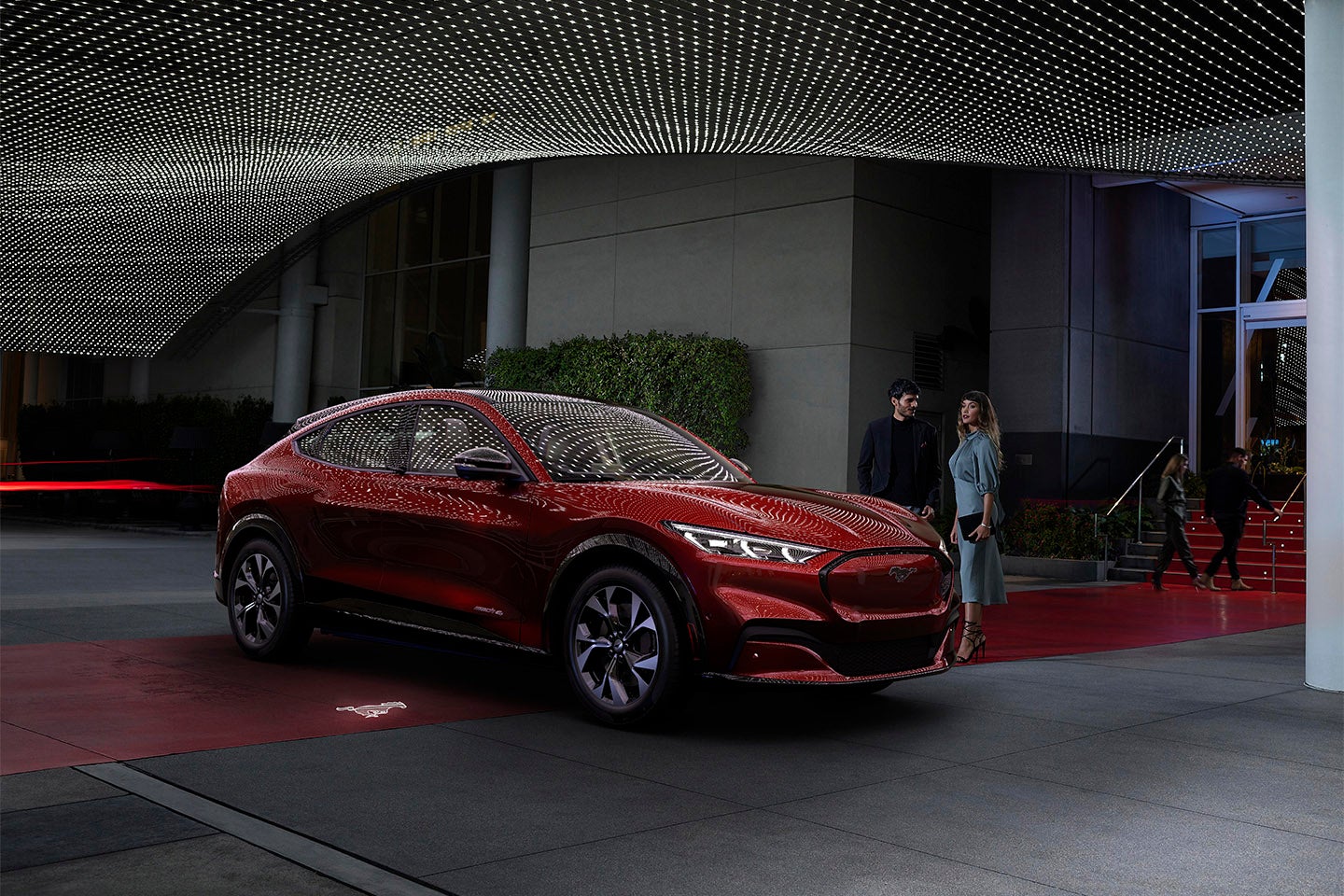 The Ford Mustang Mach-E comes in many flavors. Ford
SHARE

Back in 2018, Ford announced its plan to phase out passenger cars in the United States so it could concentrate on its more successful trucks, SUVs, and crossovers. The venerable Mustang, however, would stick around as one of the company’s most iconic brands. Last night, Ford introduced its new all-electric Mustang Mach-E vehicle. And while it bears the Mustang name and logo, it looks very different from what you might expect.

Also, the Mach-E is technically only one model, but it will arrive in late 2020 and early 2021 with a glut of different options for drivers who demand different things from their EVs.

Depending on the trim level and options, the Mach-E can offer between 255 horsepower and 459 HP if you go all the way up to the GT version. The battery can last anywhere between 235 miles per charge with the standard option, all the way up to 300 miles on the extended model.

Both batteries use Ford’s battery tech, which places the cells in the floor between the wheels. The standard 75.7 kWh battery employs 288 individual lithium-ion cells, while the 98.8 kWh battery has a total of 376 cells. The Mach-E offers both rear-wheel and all-wheel drive, but the rear-wheel configuration combined with the extended battery push the estimated range up over that magical 300 mile benchmark.

Right now, you can reserve a Mach-E through Ford’s site, which lays out the differences between the five trim levels thoroughly.

Only two versions will make it to market before the end of 2020.

The Premium edition starts at $50,600 and comes in both RWD and AWD. If you want the Premium edition to hit 300 miles on a charge, you’ll have to tack on $5,000 to the asking price and select the RWD option. The extended battery and AWD drops the overall range down to around 270 and ups the price a total of $7,700 over the stock Premium model.

The First Edition starts at $59,900 and it represents Ford’s limited-edition model. It only comes in the AWD option with the extended battery (270 mile range), and it gets you luxury trim upgrades like a glass roof, red brake calipers, and heated first-row seats.

In 2021, the Select model will offer the cheapest entry point into a Mach-E. It starts at $43,895, but doesn’t offer the option of the extended battery.

Also arriving in 2021, the $52,400 California Rt. 1 edition only offers the RWD with the extended battery and promises maximum range.

The $60,500 GT version is the most Mustang-like in that it’s built for speed. It only comes with the extended battery and AWD, but it promises a 0-60 mph time in the mid-three-second range.

Compare them all together and the Mach-E feels more like several different cars operating under the same banner. When you choose between RWD and AWD, the cars actually use different motor setups. The RWD version uses a single motor, while the AWD has a pair of them. The body stays the same, but they serve vastly different customers.

On the inside of every model, you’ll find a touchscreen like the one found in Tesla’s EVs, so you all find some consistency there.

Ford is currently allowing customers to reserve their Mustang Mach-Es now through their site, and messing with the configuration tool is a good way to visualize the difference between each model. At $43,895, even the cheapest model isn’t exactly affordable, but as Ford repeatedly pointed out, these all-electric rides can sometimes enable customers to take advantage of tax credits for EV owners. It’s also considerably cheaper than some of its main competitors like the Audi E-Tron and the Jaguar I-Pace, which start at around $70,000.

We’re looking forward to giving the Mach-E a drive closer to its market availability and finding out how those battery estimates stack up in the real world. Then we’ll know exactly which model makes the most sense for practical usage.