The 2020 Corvette Stingray puts the power behind the driver. 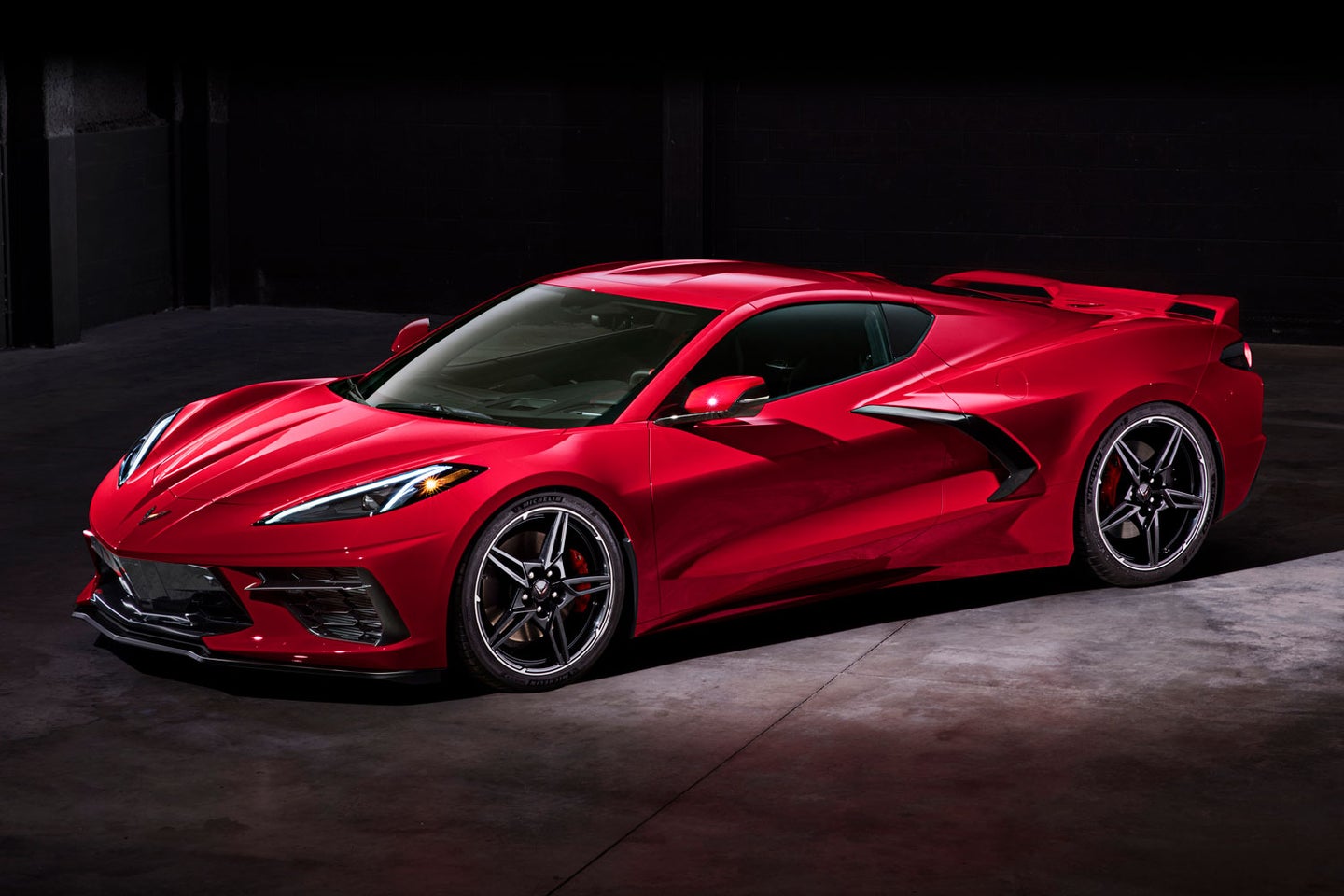 For seven generations over more than half a century, Corvettes have kept their engines under the front hood. It was a differentiating factor in a field of mid-engine supercars that put the power behind the driver. At an impressively lavish event in California on Thursday, however, Chevy introduced the 2020 Corvette Stingray, which brings about some substantial changes in the line.

While the engine’s placement has changed, the hardware itself keeps with the Corvette tradition. The 6.2-liter LT2 small-block V8 engine is naturally aspirated and generates 495 horsepower and 470 lb-ft of torque.

Speed is still the draw, though. The performance-oriented Z51 model (which includes larger brakes, tweaked suspension, and improved cooling) will do 0-60 mph in under three seconds, which is firmly in supercar territory. It’s also Chevy’s second quickest production car after the 755-horsepower ZR1.

As with the previous Corvette model, the new Stingray offers four preset driving modes geared toward specific circumstances: weather, tour, sport, and track. You can also select MyMode, which allows for some customization, or the new Z mode, which Chevy says allows the driver to adjust every available attribute, including suspension and traction control.

The design differences are noticeable from the exterior of the car. The center of gravity has changed so it’s located directly over the center of the vehicle, and the driver sits more forward in the car. The 2020 model also splits the exhaust pipes, putting a pair on each side rather than grouping all four together in the center. The deep channels in the door funnel in air. The door handles are hidden underneath the bodywork for a cleaner look and more efficient aerodynamics. The whole package looks rather great.

The Corvette’s original creator, Zora Arkus-Duntov, imagined the car’s engine in the back from the start, but it never came to fruition until now. According to Chevy, the 2020 Stingray draws its inspiration from the Chevrolet Engineering Research Vehicles, of which there have been three iterations since 1959. All of them had the engine in the back, but none went into production.

The interior includes a redesigned steering wheel that won’t block the 12-inch, configurable cluster display. Because the engine sits behind the cockpit now, the seat also moves back an extra inch and the low rockers make it easier to get in and out of than some supercars that require scrunching as you climb in.

Interestingly, the trunk—or trunks, rather—have some unique features as well. As you might expect, the Stingray has a storage compartment in the front, but there’s also a little extra space in the back that can accommodate a set of golf clubs. The compartments use fiberglass with proprietary resin to keep weight down and manage the temperature inside the spaces.

Another interesting touch: The front-end can lift two-inches to provide extra clearance for clearing speed bumps. That’s not all that uncommon, but Chevy’s system can use GPS to remember where those speed bumps are and automatically raise the nose whenever you encounter them.

Chevy isn’t quite ready to announce the full pricing yet, but the base model will start under $60,000. That’s probably not the model you’ll want to buy if you’re going to take the plunge, and it will go up considerably from there. Here are a few more pictures of it to hold you over until the 2020 release.