Behind the wheel of the bruisingly quick Rimac Nevera hypercar

It costs $2 million and will do zero to 60 in just 1.85 seconds. Here's how they developed it—and what it's like to drive. 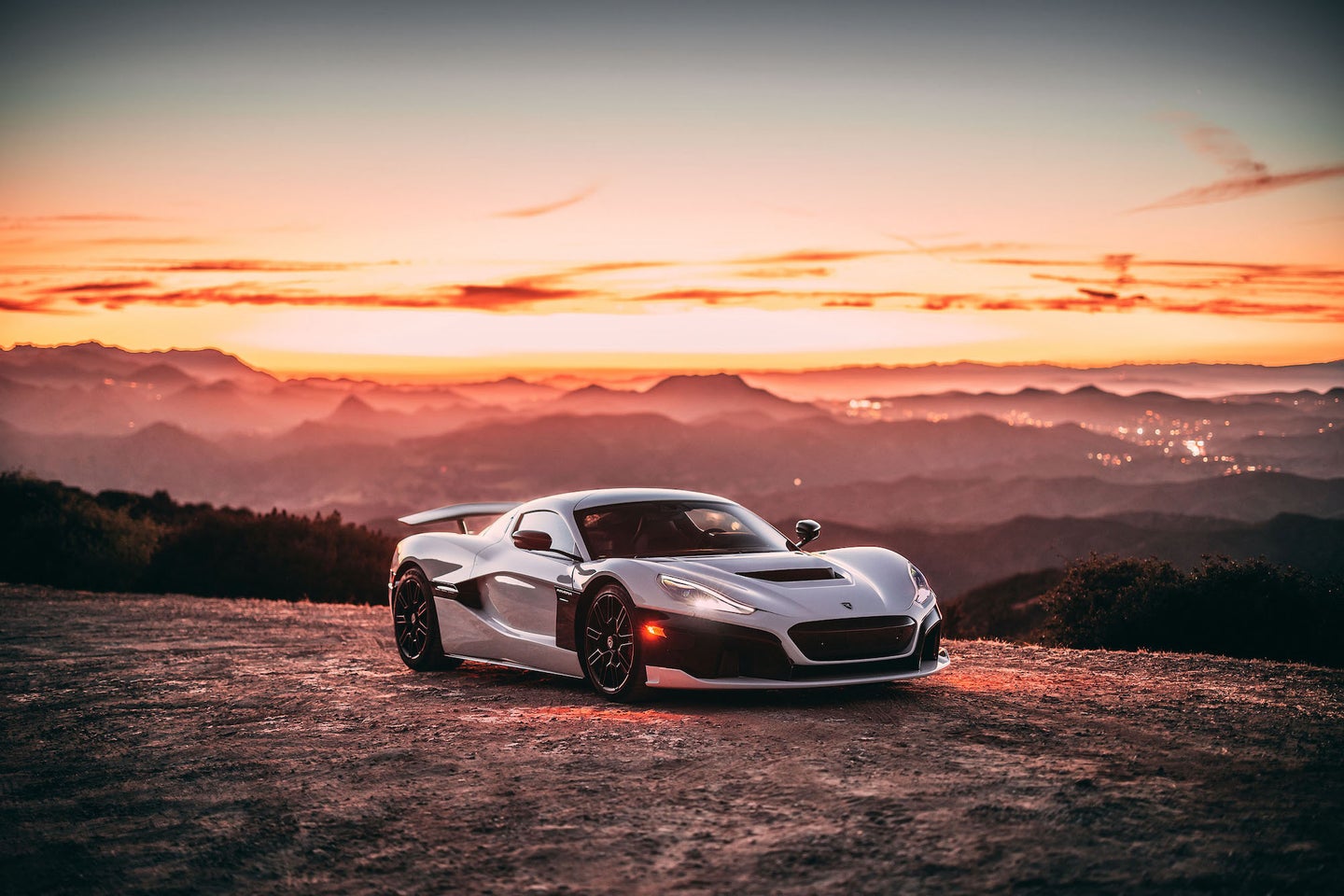 Rimac will only make 150 of these vehicles. Rimac
SHARE

Over the past 13 years a brand you may not have heard of—Rimac—has quietly established itself as a central player in high-performance EV development. The brainchild of Mate Rimac, a Croatian entrepreneur who was still in college when he founded the namesake company in his garage back in 2009, the operation now boasts more than 1,700 employees and is currently building a 2-million-square-foot campus in Kerestinec, Croatia. Set to open its doors next year, the site will house the company’s production facilities as well as its research and development headquarters.

Rimac’s technology has become a highly sought-after commodity in recent years. The company has worked on development projects with Audi, Lamborghini, and Porsche, among others, and recently took control of Bugatti—a 113-year-old marque with a storied history of producing ultra-high-performance vehicles—from parent company Volkswagen. VW had reportedly considered shuttering the brand due to the expected expense involved in rolling out its next generation of vehicles, and when Rimac offered to develop a new hybrid hypercar for the company for less than it would have cost Bugatti to update their current architecture, VW proposed a merger that gave Rimac a controlling stake in the company.

The new Nevera hypercar, meanwhile, is an important milestone for Rimac. The two-seater EV is the automaker’s first serialized production vehicle, and serves as a showcase of what the company’s technology is capable of when completely untethered. With a $2 million price tag and production limited to just 150 examples worldwide, the Nevera obviously isn’t aimed at the mainstream, but its hardware and performance capability are harbingers of what’s to come for the auto industry at large. And the results are truly incredible.

Equipped with four 450 kW permanent-magnet motors and a 120 kWh battery pack that also serves as a structural element of the car, the Nevera offers a stunning 1,914 horsepower and 1,725 pound-feet of torque. While its 256 MPH top speed is impressive, the Nevera’s acceleration figures represent an entirely new echelon for road car performance. Capable of sprinting to 60 MPH from a standstill in just 1.85 seconds and running through the quarter mile in 8.58 seconds, the Nevera not only significantly outpaces a Bugatti Chiron, it’s also quicker than an F1 car. The performance is even more impressive when you consider the fact that the Nevera offers up to 341 miles of range and managed to achieve those figures on normal Michelin Pilot Sport 4S summer tires rather than some flavor of semi-slick track rubber.

[Related: At $1,807, the Honda Navi is the perfect starter motorcycle for a beginner]

Much of the Nevera’s next-level capability can be attributed to Rimac’s development approach. Rather than sourcing major components like the motors, batteries, inverter, and the electrical architecture from an outside manufacturer and integrating them into the vehicle—a strategy that has become common practice in the automotive industry—Rimac chose to develop these technologies in-house, along with other key elements like the carbon fiber monocoque chassis, the battery cooling system, and even the infotainment. “Our project manager calculated that the development of the Nevera took about 1.6 million man-hours from start to finish,” explains Rimac’s Marta Longin. “We made this difficult on ourselves because there really were no shortcuts taken in the process, but we ended up with an array of new technologies as a result.”

Time spent behind the wheel of Rimac’s new EV hypercar revealed a machine that is devastatingly quick regardless of circumstance. While a Dodge Challenger SRT Super Stock can struggle to fully utilize a “mere” 807 horsepower despite the fact that it’s outfitted with drag-tuned suspension and sophisticated launch control functions, the Nevera leaps off the line without a hint of wheelspin and remains reassuringly planted as the speedometer rapidly climbs into extra-legal territory.

Considering the fact that the Nevera is a legitimate world-beater when it comes to straight-line performance, one might assume that it’s a rough-hewn drag racer that was built to hit a number. But Rimac put a great amount of effort into making the Nevera a well-rounded performance machine, and it not only proved to be surprisingly agile when hustled along the ribbons of winding tarmac that drape the Malibu hills, but also unexpectedly civilized when called upon to contend with LA’s notorious afternoon traffic. The latter is due in part to the high torsional stiffness of the monocoque chassis, which allowed Rimac to give the Nevera’s adjustable suspension a relatively soft tune without compromising its high-speed stability.

Miro Zrncevic, Rimac’s chief development driver, tells us that they did extensive development in simulation long before Rimac built a single physical prototype for testing. “And the testing took a couple of years on its own, not just because of everything that had to be done to globally homologate the car, but also because we had specific targets that we wanted to achieve with the Nevera in terms of both performance and usability. And we set those targets extremely high, especially for a small OEM that was starting out with a clean sheet of paper.”

Another important piece of technology that Rimac opted to develop on their own was the Nevera’s torque management system, which scans the road ahead and can adjust the amount of power that’s sent to each individual wheel up to 100 times per second. The system is a crucial part of the car’s record-setting performance, permitting the Nevera to exploit every last bit of power based on the amount of grip that’s available as the car accelerates. It can also improve the Nevera’s handling by adjusting the torque bias between the left and right sides of the car to minimize understeer and sharpen turn-in, and it allows for a “Drift” mode that adjusts the torque bias in favor of the rear wheels in order to coax the car into big powerslides.

Although the Nevera’s powertrain lacks some of the drama that’s inherent to a naturally aspirated V12 or a supercharged V8, it’s clear that this sort of hardware will play a crucial role in the path forward for high-performance automobiles. And while very few will get the opportunity to experience what this EV hypercar is capable of first-hand, the technology which motivates it may not be so far out of reach.

“There are some things that we are currently involved in that we can’t discuss just yet,” Longin said. “But what I can say is that there are projects that we’re working on today, and will be over the next few years, that are expected to be on the road by 2025. It’s not mass market, but we’re talking about much higher volumes; premium sports series that are expected to sell in the range of tens of thousands of units per year.”