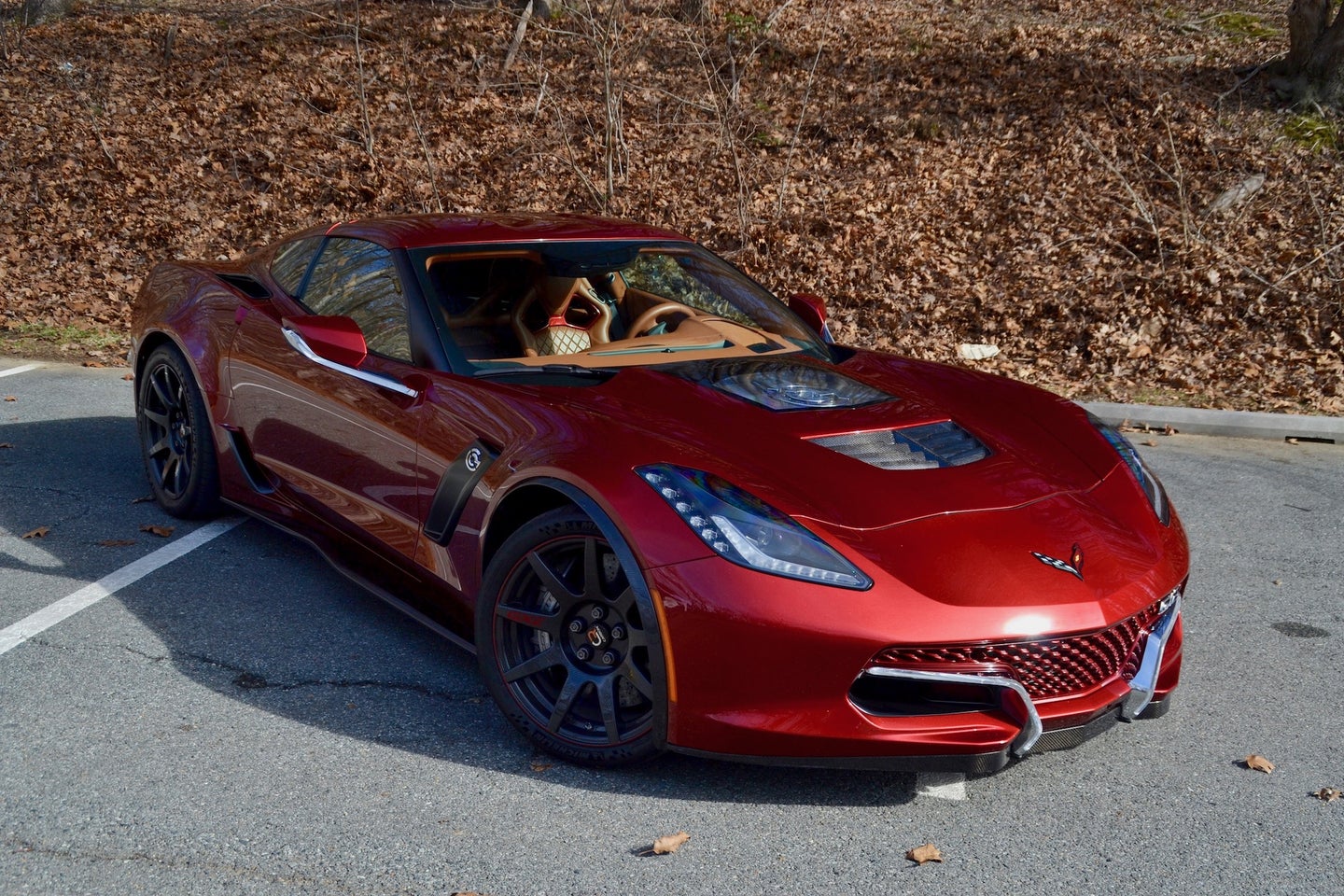 Earlier this month, before the country knew who former Vice President Joe Biden’s running mate would be, the presumptive Democratic presidential nominee punningly tweeted about his “vetting process.” He was talking, of course, about his classic 1967 Chevrolet ‘Vette.

As much as the Veep likes his ‘Vette, his 327 small block V8, four-on-the-floor manual transmission roadster is a relic of the past. Which is why Biden said he wants to drive an electric Corvette.

“I believe we can own the 21st-century market again by moving to electric vehicles,” he says in the video. “And by the way, they tell me—and I’m looking forward, if it’s true, to driving one—that they’re making an electric Corvette that can go 200 miles an hour.”

You know politicians: always playing fast and loose with the facts. Obviously, there’s no such thing as an electric Corvette that goes 200 mph. In fact, it goes 212 mph. (Well, 211.8 mph, to be precise.) It is a world record for electric vehicles.

Chevy doesn’t build the car. It was created in the Washington, D.C. suburb of Rockville, Maryland by Genovation Cars, Inc. Genovation is a 12-year-old EV startup that aims to build an EV the hard way: by developing their own high-performance battery-electric technology. They call their $750,000, 800-horsepower electric ‘Vette the Genovation GXE.

Genovation founder and CEO Andrew Saul builds his electric dream using the seventh-generation front-engine 2012-2018 Corvette as the foundation, preferring it to the current mid-engine C8 Corvette. “I feel very confident with what we’ve done with the C7. It is a very good platform,” he explains. It is very rigid and makes a very fine car.”

Sports car purists will be pleased to know that like Biden’s classic, the GXE can be had with a traditional manual transmission. Or an automatic. Buyer’s choice, as it should be. In either case, that’s unusual for an EV, which are typically direct-drive, with no gears at all.

At speed, the GXE produces a hair-raising whoosh that sounds like an approaching jet fighter. Indeed, during the record run at NASA’s former Space Shuttle runway at the Kennedy Space Center, the team occasionally worried that a plane was mistakenly landing on the runway they’d rented for the test, Saul remembers.

The car can go around turns too, as demonstrated by its record-setting lap of the Thunderhill West Circuit, which beat the existing electric car mark by 13 seconds.

We did not get a chance to experience the manual transmission version of the GXE, unfortunately. However, the calibration of the electric motors’ power delivery and the transmission’s shifts with the automatic is impeccable. This is the kind of hard detail work that even major manufacturers sometimes flub and that small companies generally lack the resources to execute properly, so it is an impressive accomplishment.

Drive the GXE fast, and it goes fast. Drive it gently, and it is utterly docile and smoother than any combustion-powered car ever could be. Curiously, the automatic transmission version has none of the lift-throttle regeneration that is typical of EVs. That’s because the automatic transmission’s pumps need the electric motors to keep spinning, even when you lift your foot off the “gas” pedal. The manual transmission version does have that familiar electric regeneration, because it doesn’t require pumps to keep fluid flowing.

The prototype we’re driving carries a 52 kilowatt-hour battery pack, but the eventual production pack will be 60 kWh, according to Saul. That puts the Corvette on par, in terms of battery capacity, of the earliest Tesla Model S cars.

The GXE squirts out of corners faster than you’d expect for a car carrying the extra mass of that battery pack. And superbly tuned coil-over dampers from Dynamic Suspension Control Sport keep that mass under control over bumps and dips, further concealing its heft.

Making a car go 211.8 mph generates insane amounts of waste heat, whether the propulsion source is petroleum or electrons, and Genovation has developed particular expertise in dealing with that, Saul says. Indeed, most EVs switch to a lower-power safe mode to cool off when they are asked to demonstrate their maximum performance, which is why Saul says he hopes Genovation can license some of this know-how to other EV makers.

The industry needs to tap all possible sources of EV expertise during its transformation to electric drive. “The US auto industry is moving at laser speed to transform itself in the face of the dynamic challenges of: electric vehicles, autonomous vehicles and the rise of Chinese manufacturers,” Saul observes. “Only by embracing the inevitability of electric propulsion and automation will the US car industry thrive and we’re seeing significant movement in that direction.”

It would be a shame to limit the fruits of their knowledge to just the 75 GXEs that Genovation plans to sell. The calling card for those production models is planned to be a top speed of 220 mph.

If they need a test driver to find out, Biden sounds like he was auditioning when he took Jay Leno for a ride in his ’67 back in 2016. “I like speed,” Biden told Leno. “I buried this [160-mph speedometer], you know, when I was younger.” Fortunately, the GXE’s speedometer goes higher, and there’s no speed limit at Kennedy Space Center.

This story was first published in August, 2020.