Cars in the US will get a new update to a small but important feature. 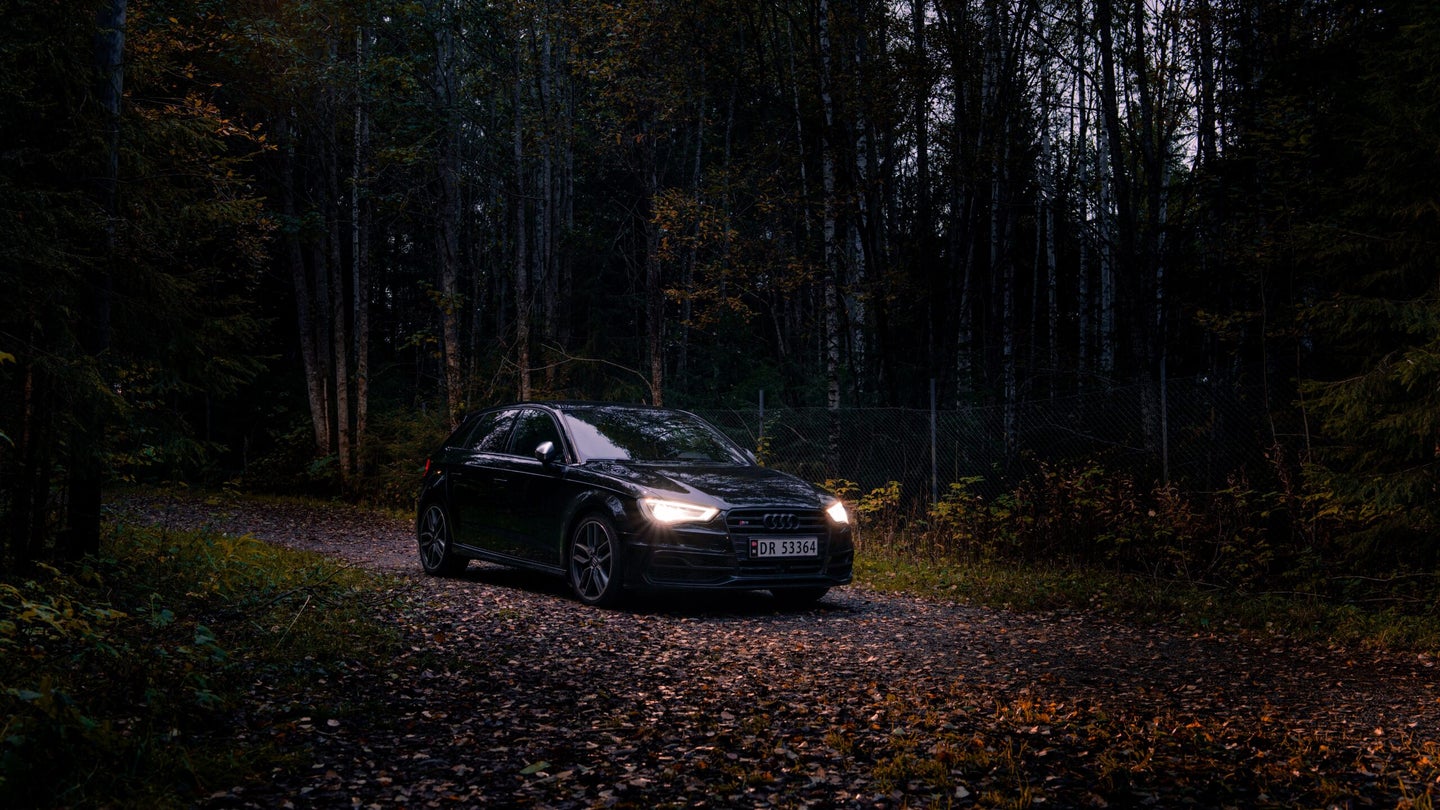 The headlights on US cars is due for a change. Haris Suljic / Unsplash
SHARE

Anybody who has ever driven in the dark knows the benefit of good headlights. Such a small piece of a car’s overall construction is so crucial to visibility and safety.

Over the years, improvements to headlights in the United States largely revolved around simply making them brighter. Meanwhile, the rest of the world began experimenting with in-car technology to adapt a vehicle’s headlights to better light the world around them. Meanwhile, the US.was left in the stone age with its headlight tech being limited to rudimentary features like auto high beams. Thanks to the new infrastructure bill, that’s about to change.

President Biden’s ink was just drying on the freshly signed infrastructure bill as The Drive pointed out a small section in the bill simply titled “Headlamps.” This particular section calls for US Secretary of Transportation, Pete Buttigieg, to amend the Federal Motor Vehicle Safety Standards to allow for more modern technology baked into—you guessed it—headlamps.

[Related: Are car headlights getting brighter?]

More specifically, it instructs Buttigieg to enable automakers to sell cars in the US with more modern headlights that the rest of the world already uses.

To understand why this is such a big deal, it’s necessary to get a taste of exactly what America has been missing out on for the past decade.

One of the top contenders in modern headlight tech is Audi thanks to its Digital Matrix headlamps. These high-density projectors use 1.3 million micromirrors to deliver pixel-perfect accuracy of light placement on the road. In fact, the lamps can even be used to project intricate patterns onto flat surfaces as part of Audi’s driver greeting feature when they unlock the car.

The main functionality of Audi’s headlight tech, however, is illuminating the roadway. One way it can do this is by flooding a “carpet” of light onto the asphalt within a roadway’s lane markings.  This allows a vehicle to fill its lane, and only its lane, with a burst of excess light to illuminate the path in front of it. When the driver wants to change lanes, the car can detect when the driver begins to cross into the new lane, then the headlamps will pour additional light between the lane markings of the desired lane while keeping light in the original lane until the driver completes the merge.

Adaptive headlights like Audi’s can also lower the beam around other drivers on the road. Think of it like auto high-beams on modern cars, except the high beams never actually shut off when an oncoming car comes around a corner. Instead, the Audi’s onboard cameras can detect an oncoming car and use the headlight’s pixel-perfect precision to move the beam around the oncoming driver using its complex system of mirrors and laser, all while keeping a constant light elsewhere on the road.

If that’s not cool enough, Ford also develops a series of smart headlight functions for its fleet of European vehicles. Some of the Blue Oval’s newest tech uses GPS data to alter the trajectory of illumination around curves to help drivers to recognize obstacles (like people, objects, or wildlife) more quickly both on and off the road.

Since 2016, the Insurance Institute for Highway Safety has been rating the effectiveness of modern headlights. Headlights were then split into rankings of good, acceptable, marginal, or poor, depending on the overall performance in the IIHS’ test. Data collected by the Institute for 44,000 nighttime crashes has linked better quality of light output with both a reduction in the number of single-vehicle accidents, as well as the number of injuries. Compared to headlights with a “poor” rating, headlights ranked as “good” reduced overall accidents by 19 percent and injuries that occurred in accidents by 29 percent. Furthermore, these same headlights also reduced the number of pedestrian-involved crashes by nearly a quarter.

This correlation backs the theory that improving the overall quality of illumination from a car’s headlamp could help to reduce the number of vehicle crashes and nighttime visibility-induced injuries even further.

So why has the US lacked on its headlight game if the tech already exists? The exact same law that Buttigieg is tasked with updating is to blame. Since 1967, the FMVSS has prohibited a car’s simultaneous use of low and high beams, which has played a huge part in keeping adaptive headlight tech from US roads, especially since systems like Audi use complimentary beams in its adaptive headlights. Thankfully, the 54-year-old legislation now has a deadline to get with the times.

Buttigieg now has two years to amend the existing FMVSS text to allow for headlights that comply with the SAE-issued standards that already exist. In short, this groundbreaking change in legislation will help get better headlights on American roads a lot sooner than one might expect.