Which Electric Car Is Fastest?

A handy breakdown for speed freaks 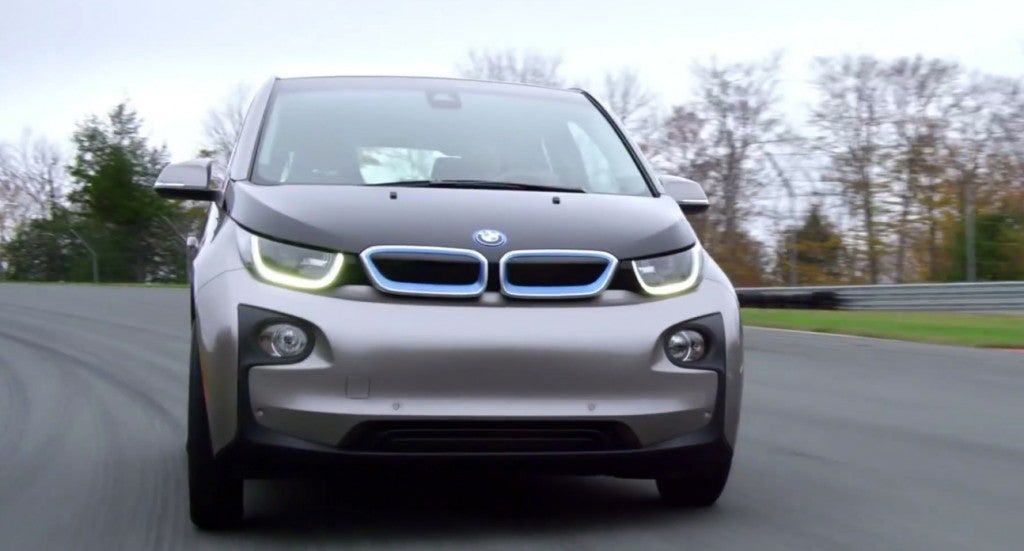 Should automakers be boasting of their environmental credentials? Or should they talk in a language people understand–money–and highlight the economic benefits? Maybe it’s all about silence and refinement?

Rarely mentioned is just how fun electric cars can be to drive. So we’ve taken a primal, quantitative measure of driving fun–the 0-60 mph acceleration sprint–to rank each battery-electric vehicle on sale today, or on sale soon.

At the very least, it’ll serve as a handy list of which cars not to try and beat from the next green light…

You probably aren’t surprised by this one. The Model S is comfortably the most powerful electric car on sale, and while it’s also the heaviest it still offers super-sedan performance. If you like that airliner-on-takeoff feeling on your commute, this is the car to offer it.

Another car with Tesla influence (though not for much longer) and apparently Tesla-style performance–though the RAV4 is a Toyota product. With a 115 kW (154 hp), 220 lb-ft electric motor and a Sport mode, the RAV4 EV will see off most other crossovers and SUVs at the lights. A 103-mile EPA-rated range isn’t bad, either.

BMW’s electric city car has attracted attention for its styling more than anything else, but with a 130 kW (170 hp) electric motor driving the rear wheels and a lightweight carbon fiber reinforced plastic chassis, it’s also brisk. It’s worth noting that the extra weight of the range-extended model does dull performance a little.

The key figure for the Spark EV isn’t the 97 kW (130 hp) power output–though that’s not bad for such a small car. No, it’s the incredible 400 pounds-feet of torque, more than a Ferrari 458 Italia. Okay, so the Ferrari is still quicker and perhaps a little more attractive too, but the Spark comfortably sees off its combustion counterparts–which is much more interesting. 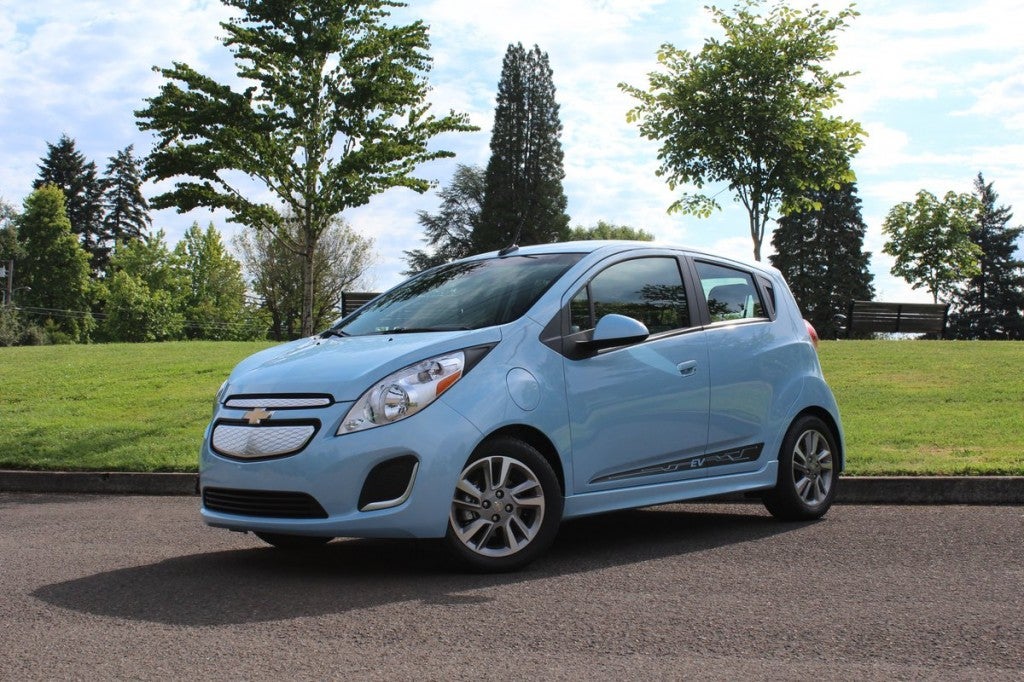 Mercedes-Benz is pitching its upcoming B-Class Electric Drive as a rival to the BMW i3, and pricing is near-identical. It’s got a little more interior space, but isn’t quite as innovative in its construction and in terms of both acceleration and cornering, the BMW driver will be having more fun…

The best demonstration of the Fit EV we’ve yet seen hasn’t really called for outright acceleration–there’s a limit to how much you can use sliding around on a frozen lake. But 8.5 seconds to 60 mph is still better than most compact cars, let alone subcompacts. And you still get all the other Fit benefits–an agile chassis and spacious interior.

The Fiat 500E is a hoot to drive whether you’re going in a straight line or zipping around city streets, and a 0-60 dash of 9.1 seconds is similar to that of its gasoline counterparts. But let’s be honest–you’d prefer to have that performance with a quiet, clean electric motor, wouldn’t you?

Volkswagen’s entrant into the electric compact sector isn’t yet on sale, but it’s not too bad a performer. “Around 10 seconds” is VW’s estimate for the e-Golf (to 100 km/h, or 62 mph, it’s 10.4). More pertinently, it’s good over those first few yards too–proving fun to drive around the streets of Berlin on the car’s recent launch. 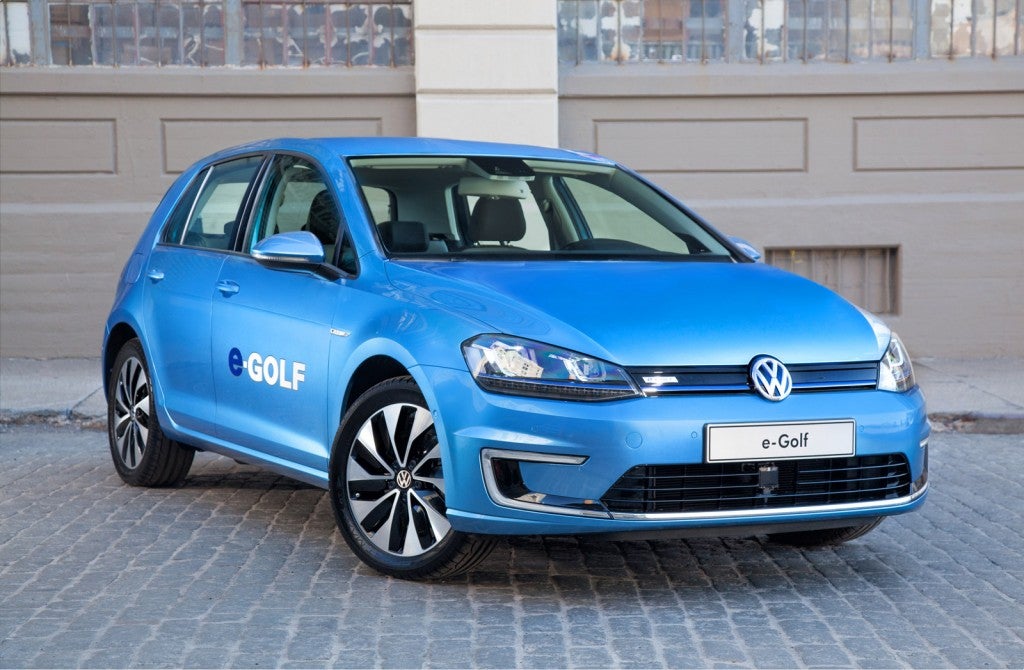 Like the Golf and Leaf, few will regularly do a full 0-60 mph sprint on their daily commutes, but the Focus is par for the course for acceleration performance. The Focus’s main trump card is handling though–the gasoline Focus is already widely praised, and the Electric model is also a neat handler.

The Leaf lags its compact rivals here but many owners are content to cruise around using as little energy as possible. Like all electric vehicles, it’s pretty good over those first few feet anyway–thank the 80 kW (110 hp) and 210 lb-ft electric motor’s instant torque characteristics for that.

We’ve driven the electric Smart Fortwo on several occasions, and consistently deem it a better vehicle than its jerky gasoline siblings. It’s also quicker, hitting 60 mph in the same time as the Leaf–quite an experience in the Fortwo’s upright body shape. 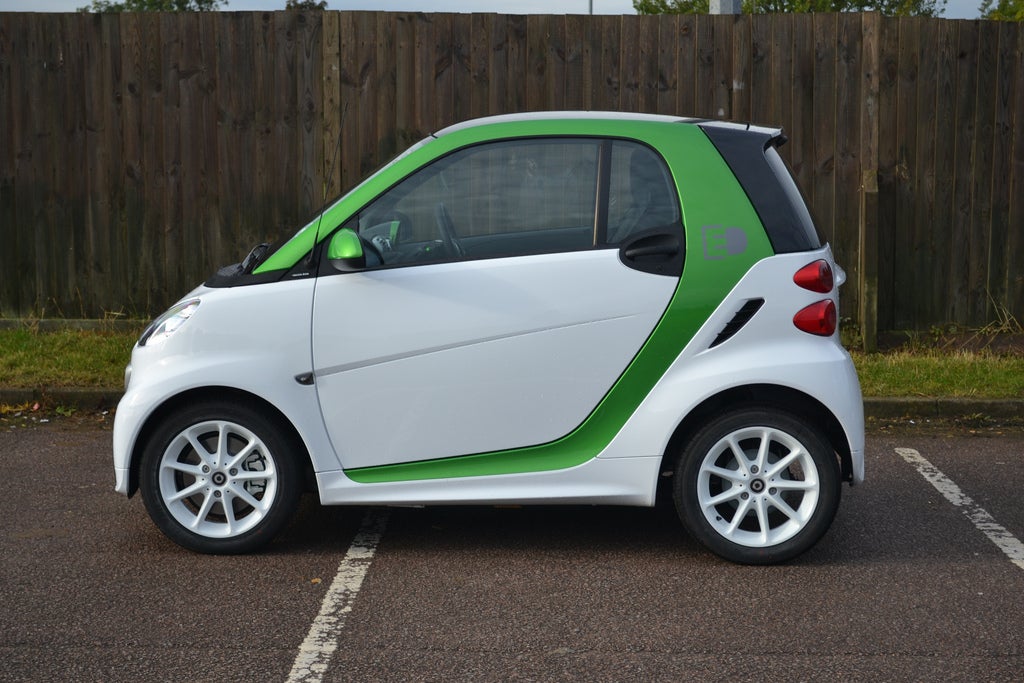 If you’re a speed freak with a penchant for electric vehicles, the i-MiEV probably won’t be on your shopping list. The 15-second sprint has been bettered by some drivers, but as the official figure that’s the one we have to run with–and it does the i-MiEV no favors. Luckily, low lease rates make it one of the cheapest electric cars to get your hands on.