NASA Calls Off Expansion Of Its Inflatable Space Habitat–For Now 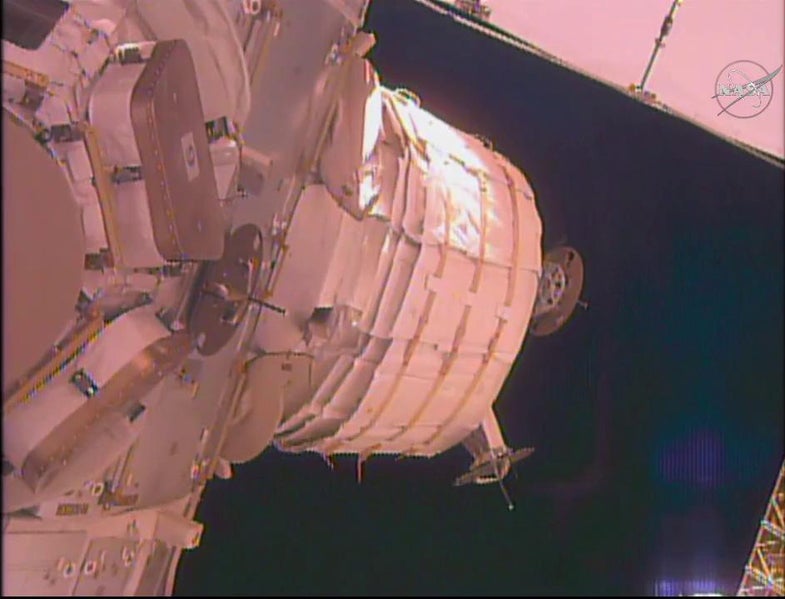 After a rather long morning and not very much progress, NASA has given up for now on trying to set up an inflatable habitat on the space station, and hopes to try again tomorrow.

The Bigelow Expandable Activity Module (BEAM) is a space habitat made of soft materials that pack down small and lightweight for travel, then expands into a space the size of a small bedroom. Or it was supposed to anyway. BEAM was installed on the International Space Station in April, and this morning the habitat was supposed to inflate to its full size, but NASA encountered a few problems.

It was always unclear how exactly BEAM would expand in the vacuum of space, with scientists imagining a few possible scenarios:

Although BEAM-maker Bigelow Aerospace had previously tested other*, free-floating* versions of the inflatable habitat in ​orbit​, there were no external cameras to reveal how ​the inflation happened.

NASA set to work in the early hours of Thursday morning to pump BEAM full of gas, but things started to go wrong almost immediately. As NASASpaceflight.com notes, NASA attempted to cut the straps holding BEAM in its compact configuration, but didn’t get confirmation that the straps had indeed released. Eventually, NASA found a work-around and confirmed the straps did release, meaning they could move on to inflating it.

However, after releasing a small amount of air into the habitat, its width expanded instead of the length, says Spaceflight.com. This was unexpected, and the module grew in size by just a few inches, which was also less than expected.

In addition, astronaut Jeff Williams reported hearing a “bang” noise, but apparently that was normal.

Since the expansion did not go as planned, NASA and Bigelow are taking a time-out to evaluate the data to try to understand why and figure out what to do next. “If the data supports a resumption of operations,” said a NASA communications officer, “another attempt to complete the module’s expansion could come as early as tomorrow.”

BEAM was supposed to launch late last year, but after a SpaceX rocket exploded, the rocket company took a break from launching for several months–which meant BEAM had to sit in storage for a while. Robert Bigelow, founder of Bigelow Aerospace, had previously voiced concerns over whether the long wait could spell trouble for the deployment process, but it’s not yet clear whether that has anything to do with the problems experienced today.

With hopes that Bigelow’s expandable habitats might one day provide humankind’s future homes on the moon and Mars, a lot is potentially riding on whether or not NASA can get BEAM to deploy on the ISS. We’ll update this post when we find out more.