Why Were There Holes in the Titan Rocket that Launched NASA’s Gemini Missions?

The Titan missile was an US Air Force intercontinental ballistic missile that NASA ultimately chose to launch its interim Gemini... 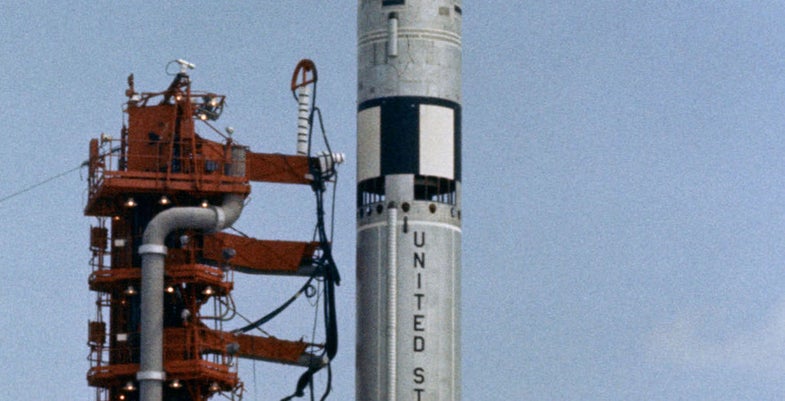 The Titan missile was an US Air Force intercontinental ballistic missile that NASA ultimately chose to launch its interim Gemini program between 1964 and 1966. But a close look at any launch shot shows holes in the missile’s fuselage. It seems counter intuitive, but it had to do with the missile’s staging.

Staging, put simply, is an efficient way for a payload to be placed into orbit. Rather than have one massive, single stage rocket, most launch vehicles are multistage rockets that take advantage of momentum to launch a spacecraft or satellite. When the first stage of a rocket is exhausted, it separates as the second stage ignites. One stage less, the payload is lighter overall, so the smaller second stage rocket can boost it higher. A third and even a fourth stage fire in sequence to get the payload into its desired orbit or on a trajectory to its destination.

All multistage rockets have some kind of staging built into their launch sequence to ensure the stages fire in sequence and not all at once, which would end in a massive launch explosion. But the staging sequences aren’t always the same. The Saturn V, for example, was primed to detect low fuel or oxidizer levels in the active stage, triggering a shutdown and ignition of ullage motors and explosive charges, separating the spent stage from the next stage and adding a safe distance between them before ignition. This is what’s happening in the picture below: the first stage is falling away while small ullage motors keep the payload moving just before the second stage ignites. 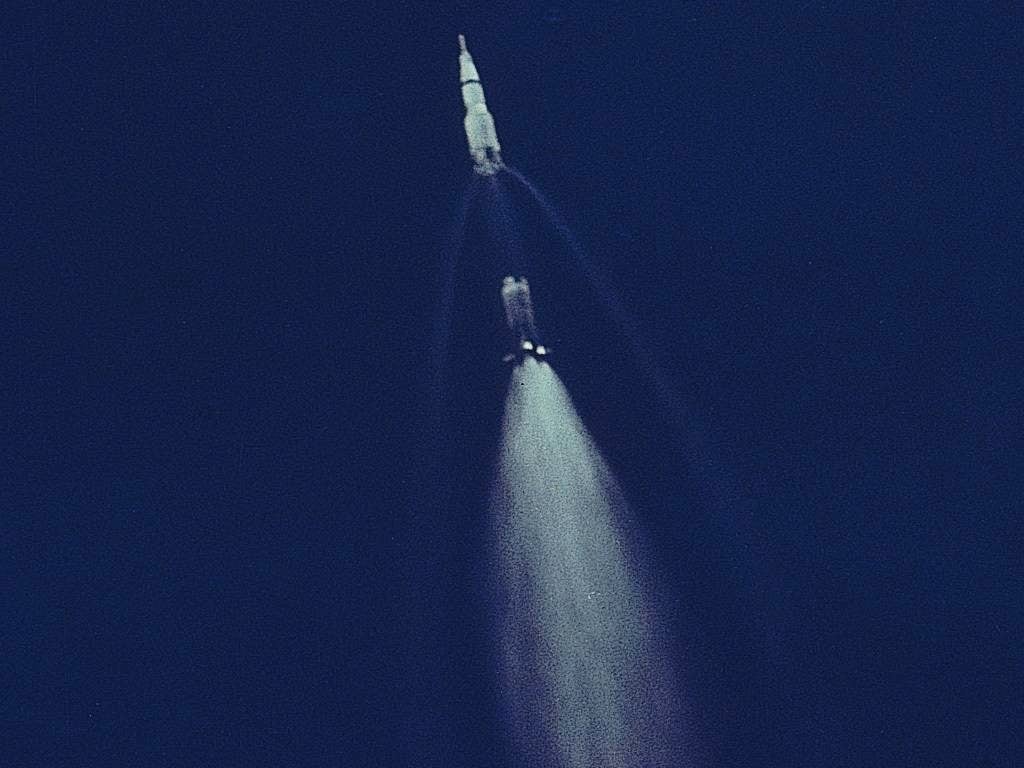 The S-IC falls away as Apollo 11 leaves for the Moon.

The first generation Titan missile, the two stage Titan I, worked similarly. It also started its staging sequence with detection of low fuel levels in the tank. Seconds later — the delay was to allow the rocket’s thrust to decay ever so slightly — explosive bolts detonated to sever the connection between stages. At the same time, solid-fuel staging rockets on the second stage fired, sending it along rails inside the aft first stage to physically distance it from the interstage between stage one and two. These rockets also acted like ullage motors, forcing the propellant into the feed lines so the engine would burn strong from the start.

The second generation Titan II, the missile that launched the Gemini program, did thinks a little differently. Titan II was all about simplification. This missile was designed to be stored fueled in a missile silo so it could be launched on a dime, and this meant it needed new propellants. Where the Titan I used rocket propellant (RP-1) and cryogenic liquid oxygen (LOX) that had to be loaded right before launch, the Titan II used hypergols that could be safely stored and ignite on contact. There were also no staging rockets or rails on the Titan II. Instead, the second stage engine was designed to burn while the two stages were attached. 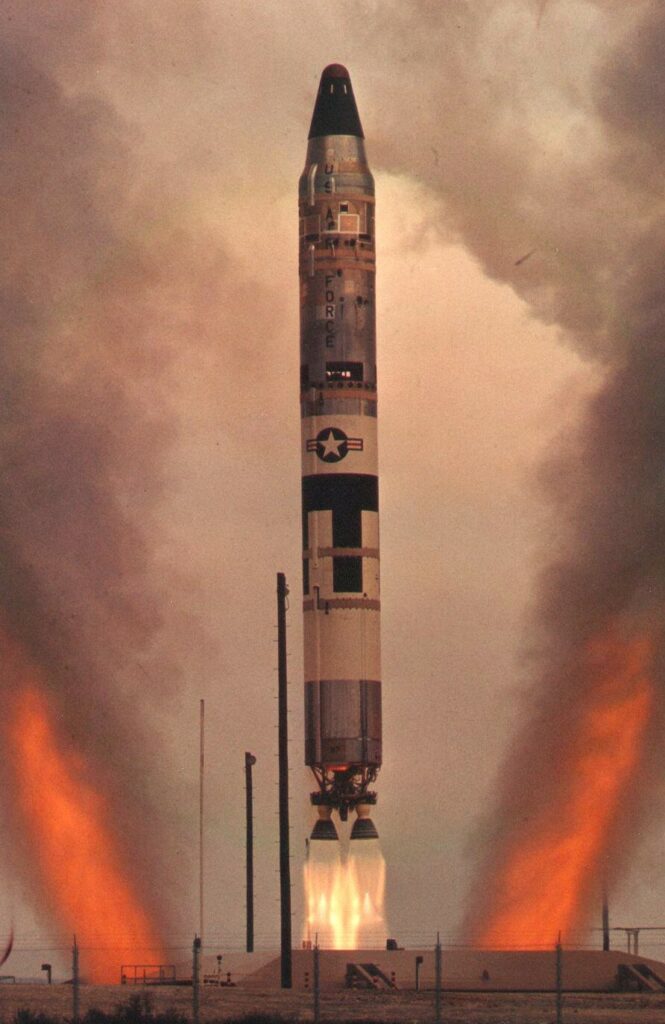 A Titan II launching from a missile silo

Of course, the second stage firing still attached to the first meant that hot gasses from the burning engine would be expelled right into the rocket’s body. There wouldn’t be any fuel left in the first stage to burn, but the buildup of gas could cause the fuselage to rupture. The fuel in the second stage could feed and explosion and the launch could end in an all-around catastrophic failure.

To avoid this disastrous end of a launch, the Titan II featured exhaust vents on the forward end of the first stage and in the interstage. These were sixteen rectangular exhaust ports grouped in fours in four quadrants. The effect was the appearance of a missing segment in the Gemini launch vehicle.

The decaying thrust from the spent first stage was enough to get the fuel into the feed lines for a clean ignition of the second stage, and the vents prevented a dangerous buildup of gases as the stage built up thrust. Eventually the first stage did fall away, separated by explosive bolts. The second stage burned uninhibited to get its warhead to its target, and on twelve occasions launch its Gemini payload into space.