The space race is officially back on, but slower and steady may win the race 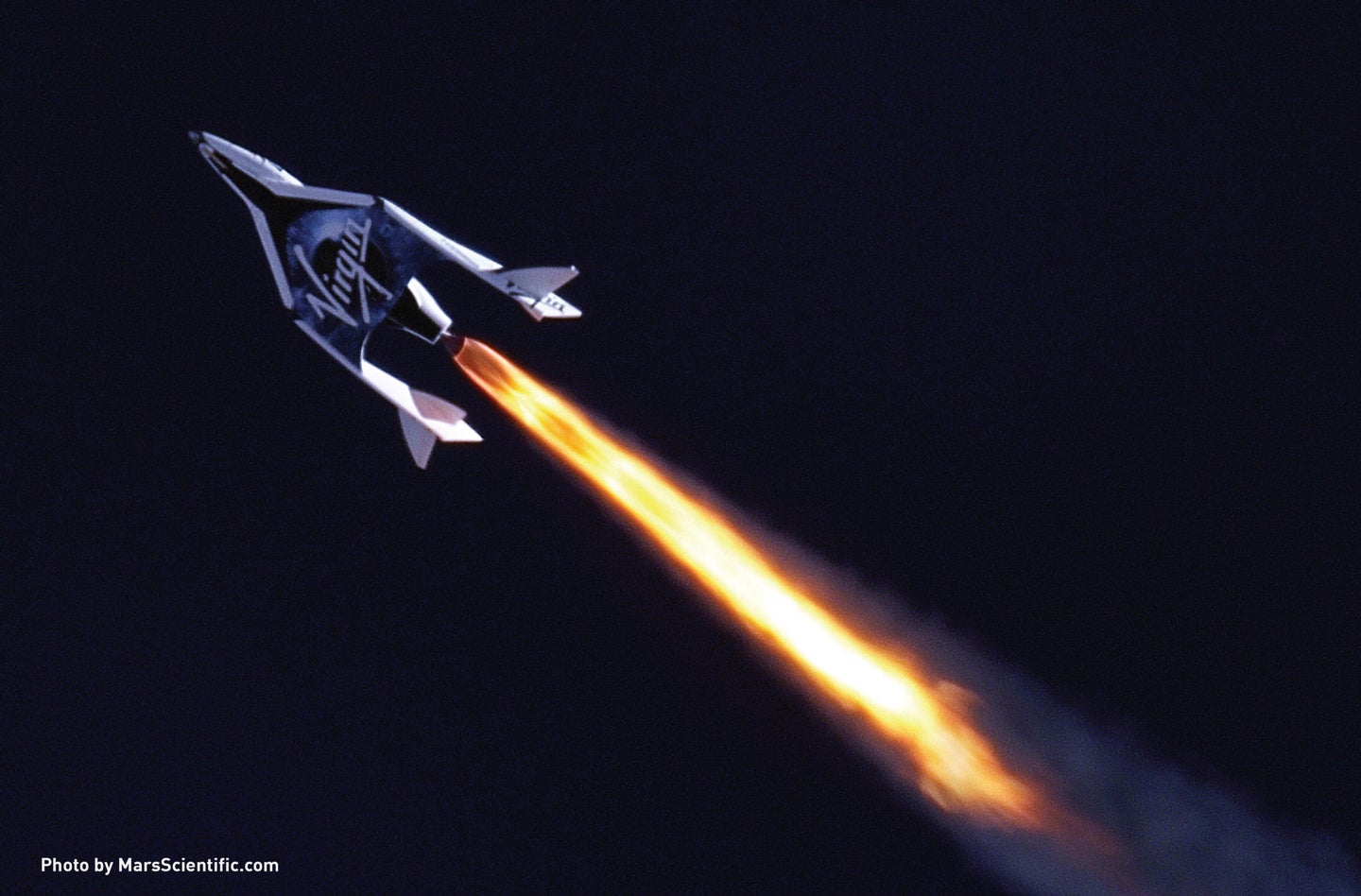 Private spaceflight is on the rebound. It’s been a rough couple of years: An unmanned Orbital Sciences launch exploded in October 2014, followed just days later by the crash of SpaceShipTwo–the suborbital spaceplane built by Richard Branson’s Virgin Galactic– and the death of pilot Michael Alsbury. Then SpaceX lost its unmanned resupply mission in June of 2015.

After many months of grounded spacecraft, Orbital and SpaceX are flying again (although Orbital is hitching a ride on someone else’s rocket), and now Virgin Galactic is ready to get back in the game.

Today at 2pm Eastern, the company will reveal its new spaceship. The rocket-powered spaceplane, which will look a lot like its predecessor, the SpaceShipTwo, is designed to launch from another aircraft at an altitude of 50,000 feet, then ascend into suborbital space before gliding gently back down to Earth and landing like an airplane. Its rocket engines are easy to reuse, since the company doesn’t have to worry about those tricky vertical landings that SpaceX and Blue Origin have to contend with.

The first SpaceShipTwo crashed because Alsbury deployed the plane’s feathering re-entry system too soon, according to the National Transportation Safety Board. So, the second version of the ship will have safeguards in place to make sure that doesn’t happen again, as well as a few other modifications that had been planned before the accident.

Virgin Galactic’s new ship won’t fly today—it needs to go through a lot of testing first. The ship will work its way gradually up to space, beginning by simply piggybacking on its mothership, later gliding off of it, and eventually using its rocket engines to travel higher and faster on each successive flight.

A statement from the company heavily emphasizes a dedication to thorough testing, probably to reassure its investors and future customers:

If the company can manage to make a comeback, the ship is intended to eventually carry tourists to the edge of space. For $250,000 per ticket, passengers will travel more than 62 miles (100 km) into the sky—high enough to see the curvature of the Earth and be considered astronauts.

But that may not happen for a while. “This isn’t a race,” the company notes in its statement.

For decades, humankind has hoped that companies would pave the way to space, opening up the magnificence of the universe to everyone instead of just a select few. That dream has never worked out before, but spaceflight’s recent rebounds do give us reason to hope that maybe this time is for real. There’s a long, long way to go, but it’s reassuring to know that the harsh realities of space travel won’t keep these companies grounded for long. They will fly again.

The commercial space industry, often described as a “fledgling”, like a baby bird, has grown in leaps and bounds since the early 2000s. Perhaps now the industry is past its tumultuous adolescence, and ready to face the challenges and triumphs of maturity.