Houston, we have a ringer 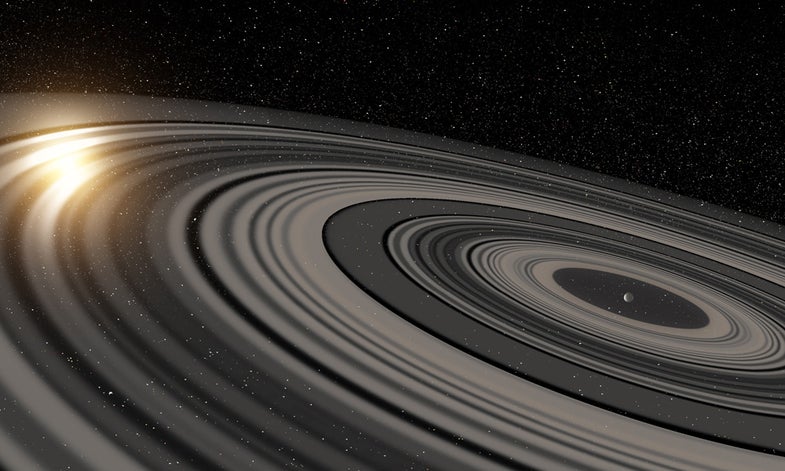 An artist’s rendering of the rings of exoplanet J1407b

The rings of Saturn are one of our most instantly recognizable images of outer space, but those beautiful rings of rock and dust now have some competition. In a paper that was recently accepted for publication in Astrophysical Journal, scientists from Leiden Observatory in the Netherlands and the University of Rochester announced that they had found a planet with rings 200 times the size of Saturn’s rings, which measure a piddling 175,000 miles across.

The planet is named J1407b after the star it orbits, J1407. (Don’t worry, astronomers are working on better names for exoplanets.) J1047b has 37 rings, with a total radius of the rings reaching 55 million miles. To put that in perspective, the distance from the Earth to the Sun is 92 million miles. J1407b is between 10 and 40 times the size of Jupiter. That’s so huge that while scientists are pretty sure it’s not a star, they are still trying to determine if it is a true exoplanet, or a brown dwarf an object that’s neither a planet or a star, but stuck somewhere in between.

“If we could replace Saturn’s rings with the rings around J1407b,” author Matthew Kenworthy said in a press release, “they would be easily visible at night and be many times larger than the full moon.” 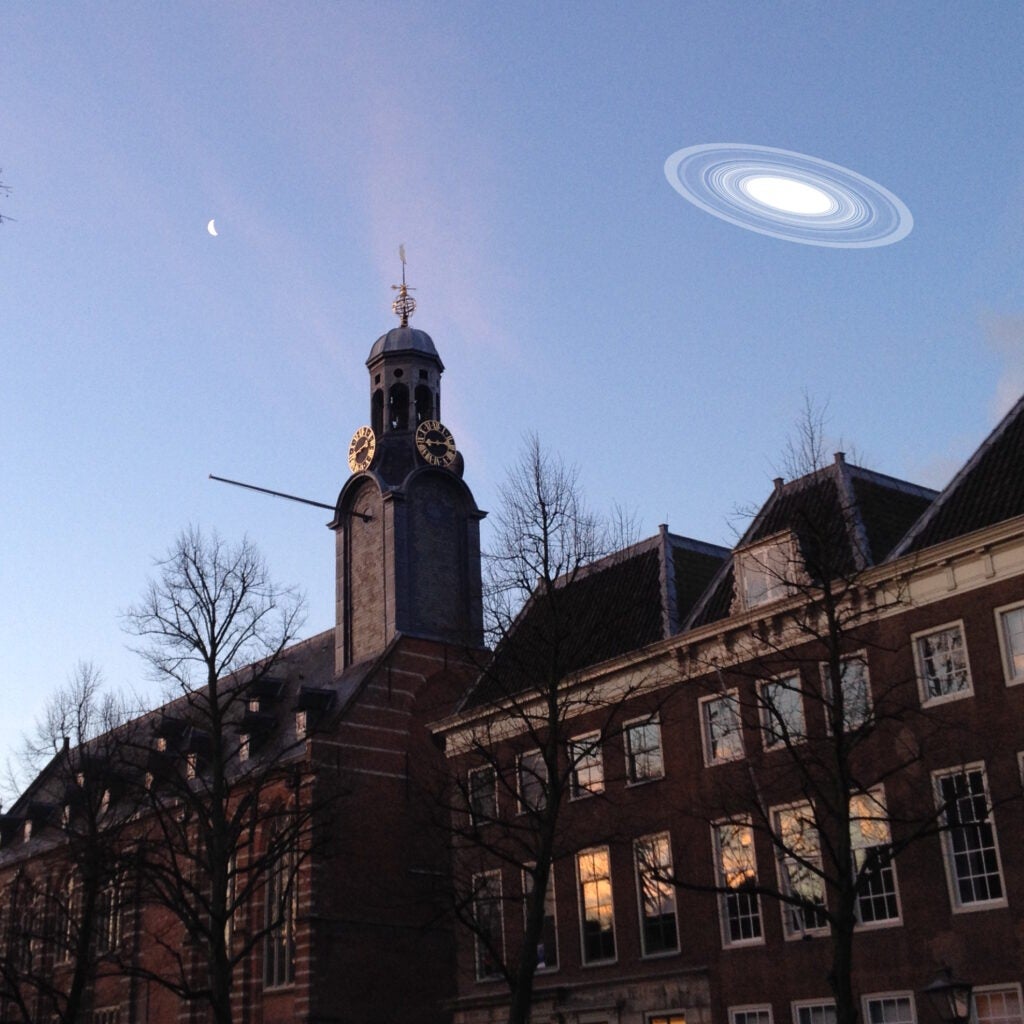 What the rings of J1407b would look like in our sky (above the Old Observatory in Leiden, Netherlands) if it was located where Saturn is now.

The short animation below explains how scientists figured out what the rings looked like. Essentially they looked for shadows caused by the rings of J1047b passing between the star and Earth. “The details that we see in the light curve are incredible,” says Kenworthy. “The eclipse lasted for several weeks, but you see rapid changes on time scales of tens of minutes as a result of fine structures in the rings. The star is much too far away to observe the rings directly, but we could make a detailed model based on the rapid brightness variations in the star light passing through the ring system.”

The gaps in the ring are where the disc of material around has been swept clean by the formation of a moon, something that we’ve seen before in images of distant solar systems. In the case of the largest gap in the rings around J1407b, the researchers estimate that the moon might be roughly the size of the Earth or Mars.