What's next for Hayabusa 2 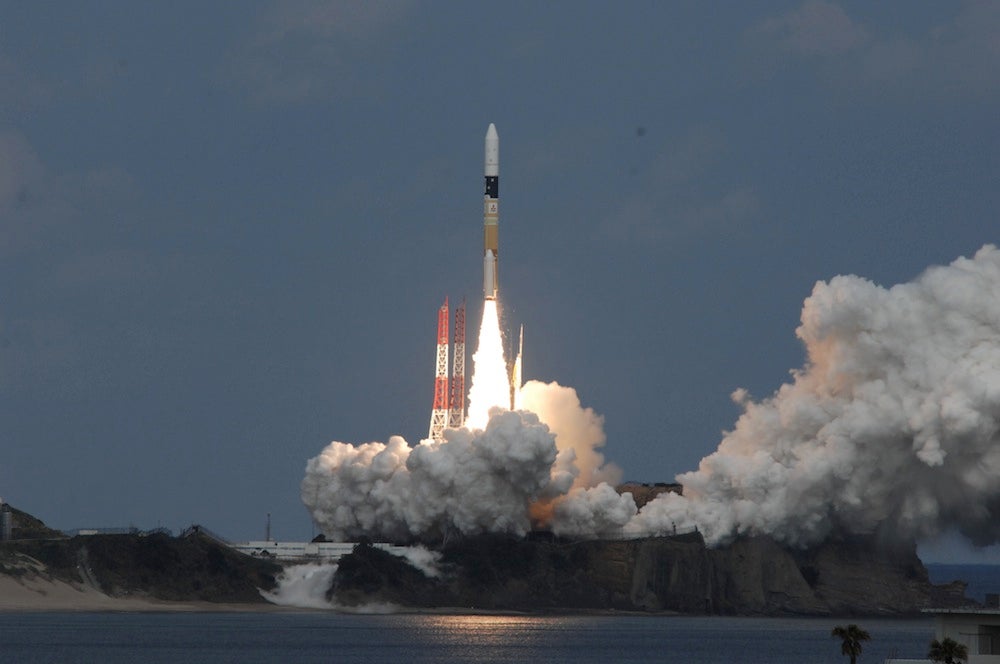 While most of the East Coast U.S. was sleeping last night, the Japanese Space Agency (JAXA) launched Hayabusa 2, a deep space probe that will land on asteroid 1999 JU3, collect samples, and bring them back to Earth.

If you missed the liftoff, here are some highlights from Twitter.

Hayabusa 2’s lander, MASCOT, got a shoutout from Europe’s Rosetta mission, which recently became the first spacecraft to land on a comet–although it did so rather awkwardly, bouncing around a few times before coming to a rest far from its intended landing site.

You can re-watch the launch below, in both Japanese and English. (The actual liftoff takes place around 1:09:40.)

The 1,300-pound spacecraft is now on its way to asteroid 1999 JU3, which orbits the Sun between Venus and Mars, crossing Earth’s orbit along the way. After arriving at the asteroid in 2018, Hayabusa 2 will deploy the MASCOT lander, three small hopping rovers, and a 5.5-pound explosive device (from a safe distance away). The spacecraft will collect the debris that flies off from the explosion and, hopefully, return it to Earth in 2020. To find out more about what’s in store for Hayabusa 2, check out this article from the October issue of Popular Science.

As its name implies, Hayabusa 2 is not the first of its kind. The original Hayabusa launched in 2003 and traveled 180 million miles to asteroid 25143 Itokawa. Unfortunately, the entire mission was plagued with difficulties. Along the way, a solar flare damaged its propulsion system, and two reaction wheels (which help to steer the craft) failed. Then, upon reaching the asteroid in 2005, the lander, Minerva, failed to deploy on time and drifted off into space. So JAXA had to land Hayabusa itself on the surface instead. But to add to the growing number of problems, its sampling system failed, as well as parts of its control systems. After having to unexpectedly hibernate in space for a while, Hayabusa finally limped its way back to Earth, arriving in 2010. Despite all the odds, it even managed to bring back about 1,500 grains of dust from the asteroid.

NBC News reports that Hayabusa 2 carries improved landing gadgetry and a more sophisticated lander capsule. So hopefully Hayabusa 2 will have a smoother journey than its predecessor.