The (Brief) Story of the Saturn IB Rocket

If you look at a composite image of all the manned Apollo launches side by side, it’s pretty clear there’s... 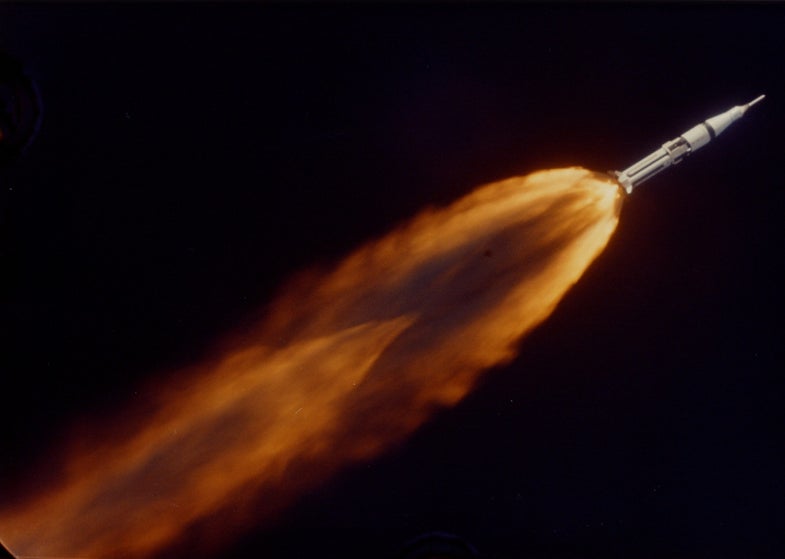 If you look at a composite image of all the manned Apollo launches side by side, it’s pretty clear there’s something different with the first flight. Every manned Apollo flight launched on the iconic Saturn V rocket except Apollo 7; this first manned mission of the program launched on the smaller Saturn IB. The Saturn IB, though not as well-recognized, played a key role in America’s lunar program, and it’s story begins almost as early as the almost as Apollo’s.

On July 28, 1961, NASA Deputy Administrator Hugh Dryden formally announced that the agency’s followup program to Mercury would be called Apollo, and that this would be the program that would meet President Kennedy’s goal of landing men on the Moon within the decade. But setting the nation on a course for the Moon didn’t solve all the design questions that came with the lunar mission. Right off the bat, it wasn’t clear what the lunar spacecraft would look like, how it would fly its mission, or what rocket would launch it. 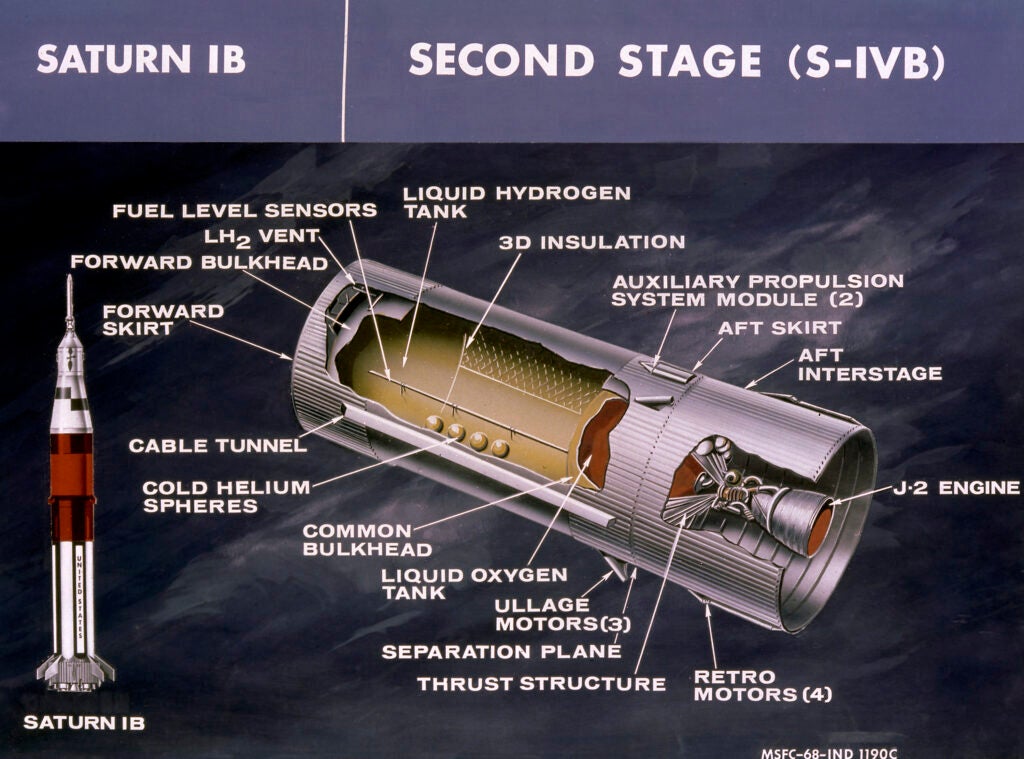 A schematic of the Saturn IB showing the upper stage.

But some of the pieces were already in place, albeit in preliminary forms. Like the C-3 rocket. Conceived by engineers at the Marshall Spaceflight Centre under the guidance on Wernher von Braun, it was the rocket designed with a manned lunar mission in mind. As its name suggests, it was a three-stage rocket: the first S-I stage was powered by F-1 engines, the second S-II stage was powered by four J-2 engines, and the upper S-IV stage was powered by six RL-10 engines.

On September 11, 1961, North American Aviation won the contract to build the second S-II stage, and from the start NASA was upfront that it would be a challenge. The Moon rocket’s design was in flux, and changes were sure to ripple through and affect all stages of the rocket.

The promised change came quickly; Marshall engineers already had another Moon rocket in mind called the C-4. Bigger than the C-3, the most notable difference from its predecessor was the C-4’s more powerful upper stage. Rather than the S-IV, this rocket would use an uprated S-IVB upper stage. Marshall engineers eventually added a fifth engine to the first stage and renamed the rocket the C-5. The C-5 was eventually renamed the Saturn V (coming after the Jupiter family of rockets, Saturn was the next planet out from the Sun).

Once the decision was made to go to the Moon using the Lunar Orbit Rendezvous method in October of 1962, it was clear the Saturn V was the perfect rocket for the mission. Perfect, but still years from being flight ready, which meant it was in NASA’s best interest to develop some kind of interim rocket that could serve as a testbed leading up to the manned missions. This interim rocket developed quickly, and was christened the Saturn IB.

The Saturn IB had the same S-I first stage as the smaller Saturn I rocket but used the uprated S-IVB upper stage as its second stage. And it had some key similarities with the Saturn V that made it an ideal test bed. The 200-series S-IVB upper stage designed for the Saturn IB rocket was the same as that designed for the Saturn V save two relatively minor differences. The 200 series lacked the flared skirt owing to the IB’s smaller first stage and also lacked the heavy ullage motors needed for an orbital restart. On a Saturn V-launched mission, the S-IVB stage would restart in orbit to send the crew to the Moon. Payload launched on the smaller Saturn I wouldn’t be going to the Moon, so the orbital restart capability wasn’t necessary. 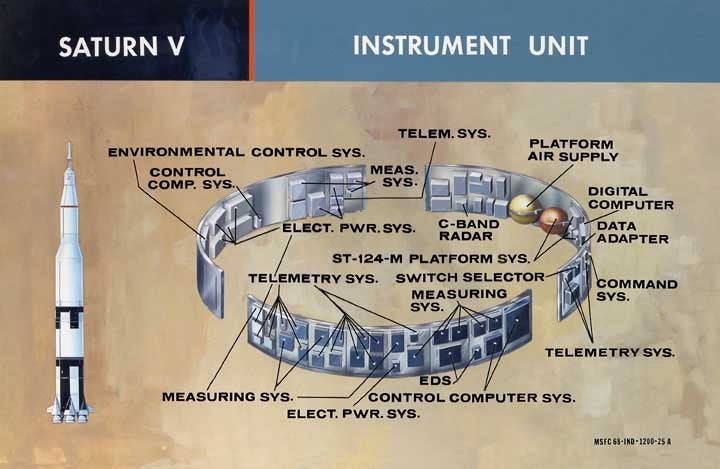 A schematic of the Instrument Ring.

On October 28, 1964, NASA officially announced that it would be breaking the Apollo program into major phases distinguished by rocket types. The first hardware tests would be launched on the smallest rockets, the Little Joe II and the Saturn I rockets. Earth orbital manned and unmanned missions designed to checkout the flight hardware would launch on the Saturn IB. The final missions, those that would take men to the Moon, would fly atop Saturn Vs.

Following this scheme, there were four unmanned Saturn IB-launched missions. AS-201 and AS-202 were unmanned suborbital flights of the Block I command module; AS-203 was an unmanned test of the S-IVB’s orbital restart capability; and Apollo 5 was a unmanned test of the lunar module in orbit.

The fifth Saturn IB flight was Apollo 7. It was the first manned flight of the mission that checked out the Block II command and service modules on an eleven-day orbital mission, and it was only able to use a Saturn IB because it didn’t carry a lunar module. Subsequent flights’ payloads were too heavy for this smaller rocket, so every mission after Apollo 7 used the Saturn V by necessity.

Sources: “Stages to Saturn” by Bilstein (NASA); “Chariots for Apollo” by Brooks, Grimwood, and Swenson (NASA).