Mysterious Object Rips Through One of Saturn’s Rings 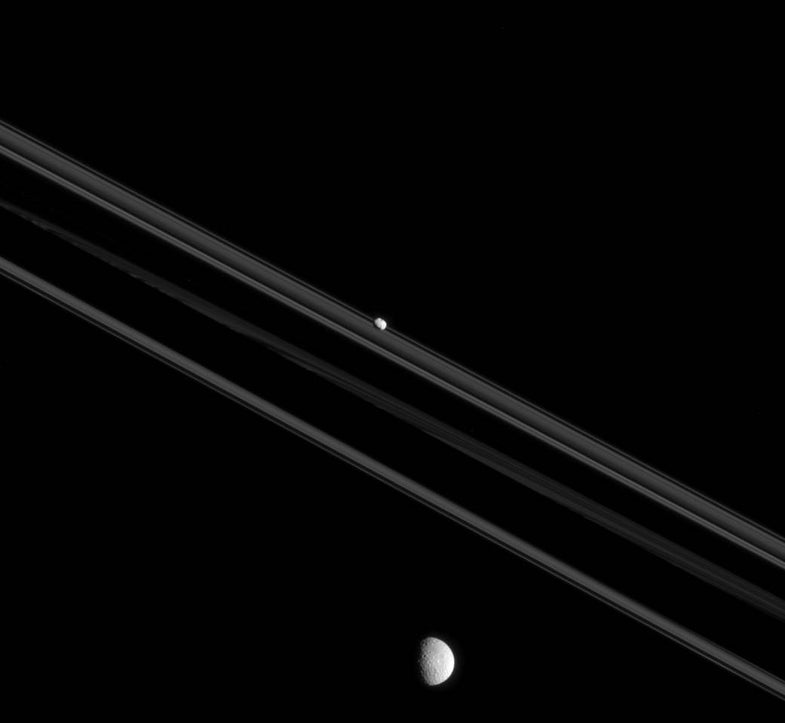 The Cassini spacecraft captured this snapshot of two of Saturn's many moons: Mimas and Pandora. Mimas, pictured at the bottom, is a medium-sized spherical moon, 246 miles across. Pandora is only 50 miles across and elongated, possibly indicating it was formed by collecting particles from Saturn's rings. Cassini also recently took some great pictures during its latest flyby of Enceladus.. NASA/JPL-Caltech/Space Science Institute
SHARE 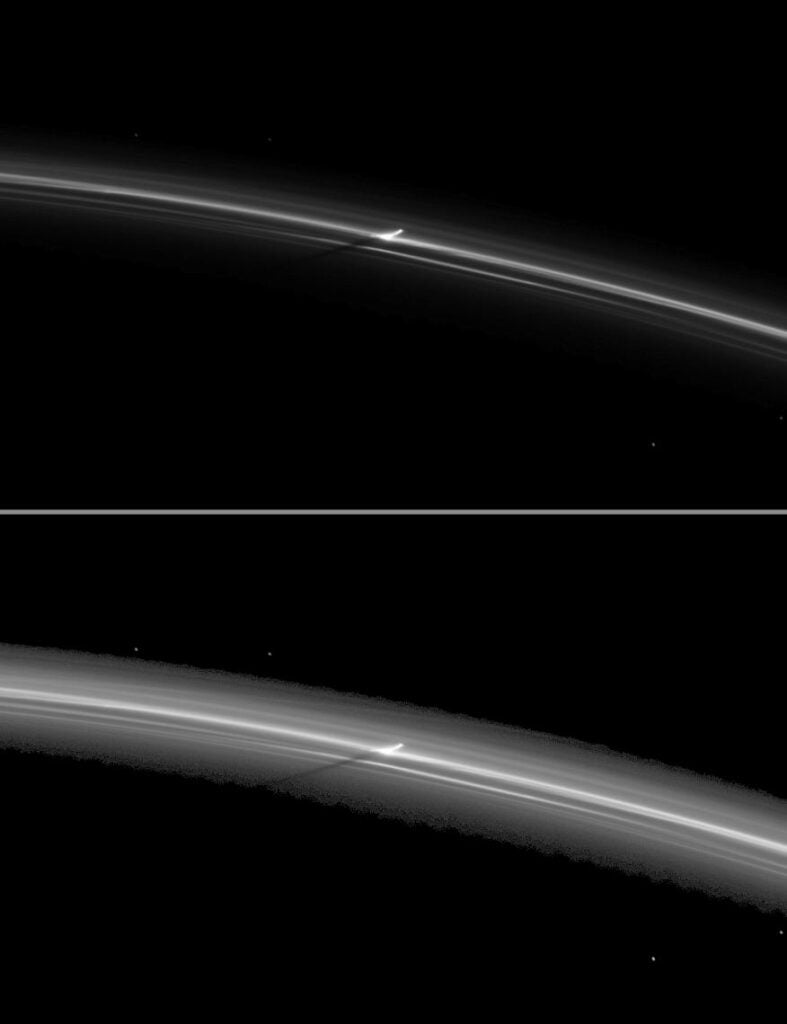 An unknown object appears to have punched through one of Saturn’s rings and left a calling card in the form of trailing debris. NASA’s Cassini spacecraft snapped the image on June 11, 2009 during its ongoing tour of Saturn and its moons.

Phil Plait of Discover’s Bad Astronomy likens the event to the “fist of an angry god” messing up Saturn’s F ring. He also raises the question of whether mystery object X has a truly bizarre orbit around the planet which takes it up and down through the rings, or whether it’s a wayward wanderer that was pulled in on collision course due to one of Saturn’s moons.

Such a photo opportunity only became possible because of tomorrow’s approaching Saturn equinox, when the planet turns edge-on toward the sun and effectively makes its rings vanish from Earth’s view in the absence of reflected sunlight, as SPACE.com explains. The event only takes place every 15 years.

A lower sun angle compared to the ring plane means that out-of-plane structures currently cast long shadows across the rings. Cassini has taken advantage of this to spot the Saturn system intruder and examine vertical structures within the planet rings. 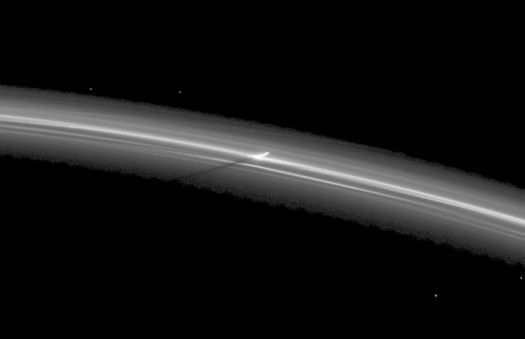 This version of the image has been brightened to enhance the visibility of the ring and shadow.

The Cassini probe’s handlers should be pleased that their charge has continued to earn its keep, after several mission extensions over its 11-year tour. If the spacecraft can keep delivering images like this, we’re all for a proposed mission extension through 2017.