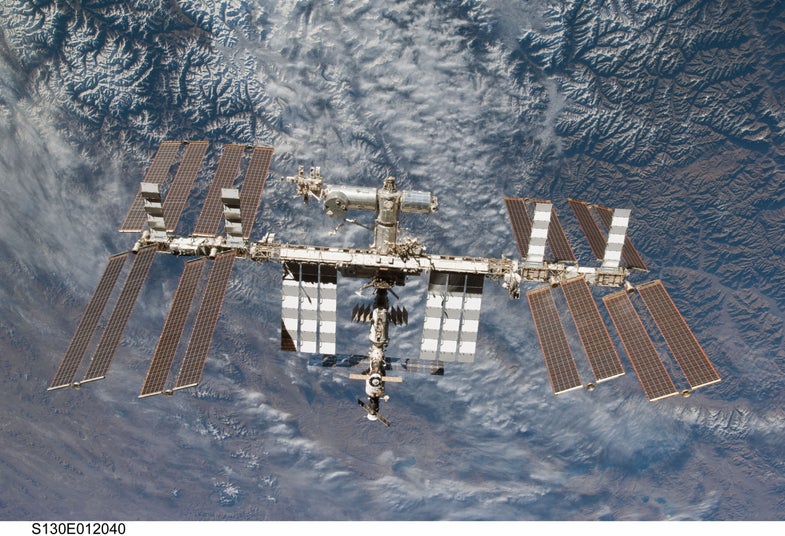 The International Space Station is getting a makeover starting this week. On Friday, astronauts Barry “Butch” Wilmore and Terry Virts will conduct the first of a series of spacewalks to reconfigure the outside of the station to create two new docking ports, Discovery News reports. The new ports will provide parking spots for spacecraft that will be visiting in the near future—namely, the commercial space taxis being developed by SpaceX and Boeing.

It’s all part of NASA’s initiative known as the Commercial Crew Program. Last year, the space agency awarded contracts to both SpaceX and Boeing, tasking them with designing and building spacecraft that could ferry astronauts to and from the ISS. SpaceX is working on its Dragon V2 capsule, while Boeing is developing the CST-100. Both spacecraft can seat up to seven space cadets, and both companies aim to launch their astronaut-toting vehicles by 2017.

The idea is to get NASA astronauts into lower Earth orbit using American vehicles again—and for a much lower cost. Since the Shuttle program ended in 2011, U.S. astronauts have had to hitch rides to space aboard the Russian Soyuz rockets, and those seats don’t come cheap. It costs NASA more than $70 million to send just one astronaut on the Soyuz. Early estimates of the SpaceX and Boeing vehicles price a trip to space at about $58 million per passenger.

The renovations to the space station mark the first time the ISS has been significantly updated since its construction finished in 2011. To make the ports, NASA plans a total of seven spacewalks for this year, three of which will be done by Wilmore and Virts. This week the two astronauts will prepare certain cables and communications gear, while future missions will involve rearranging some rather large station modules to make way for two new International Docking Adapters, which SpaceX will be delivering to the ISS later this year. All in all, NASA hopes to have the docks built and operating by the end of 2015.