How Bread, Beer, And Soy Sauce Changed The Human Microbiome

Digesting yeast is no mean feat 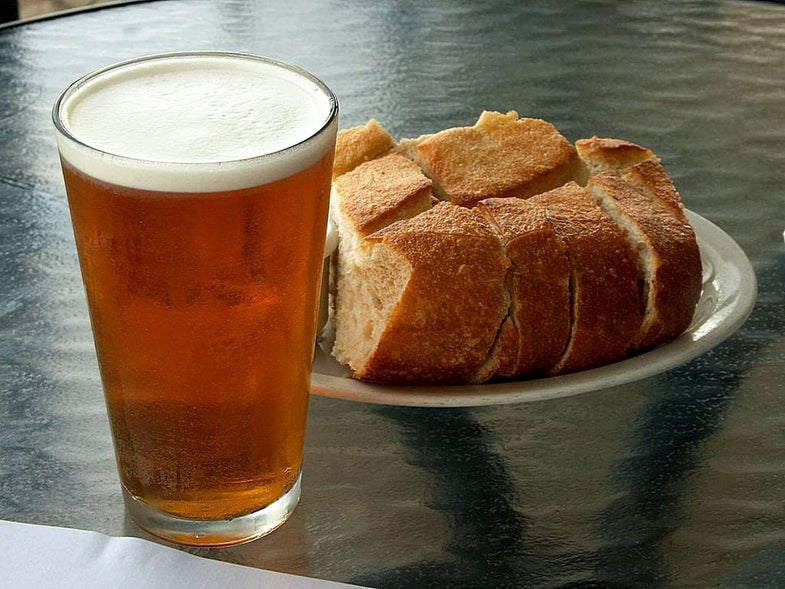 Something funny happened when people began consuming beer and wine. That something funny—perhaps there are others, but we will not comment—was that the little critters that live inside healthy human guts seem to have adapted. Certain bacteria species that commonly live in human bowels have the genes to help them digest yeast, a new study finds.

Digesting yeast is no mean feat. Yeast surround themselves with a difficult-to-digest structure called a cell wall. Yet common gut bacteria called Bacteroides thetaiotaomicron are able to munch their way through a complex carbohydrate, called alpha-mannan, that appears in the cell walls of bread and brewer’s yeast, researchers have found. A team of biologists and chemists from research centers in Europe and the U.S. ran the study by growing different gut bacteria species in a lab and feeding them only yeast-made mannan. Those bacteria that didn’t die must have been surviving on the mannan, the team concluded. Further tests revealed the complex chemical processes the bacteria used to break down alpha-mannan, a molecule that few other micoorganisms are able to digest.

The study is a sign that fermented foods—including bread and soy sauce, besides alcoholic beverages—altered our biology, or at least the biology of microscopic creatures that live in constant contact with us. Life in the human gut isn’t always easy. Sure, the food comes to you, but it’s of such a variety that it’s difficult for any one creature to digest it all. Before the invention of fermented foods and beverages, human gut bacteria would have encountered alpha-mannans only rarely. Those that figured out alpha-mannans, however, got a boost as soon as people began consuming bread and beer all the time.

The team published its research last week in the journal Nature.