Color constancy makes it perfectly ambiguous to the brain 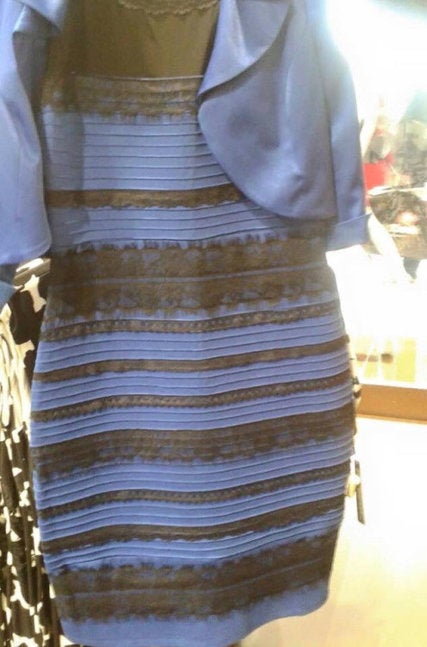 Over the past 24 hours, Internet users have been locked in an intense, friendship-ending debate… over a dress. A horribly blown out image shows a formal dress that is bright blue with black lace, yet thousands swear that they see the dress as white and gold (including many totally wrong members of the Popular Science staff). How can so many people be divided on the same picture? Fortunately, AsapSCIENCE, a weekly YouTube channel dedicated to answering the most perplexing questions about science, took on the challenge of explaining the phenomenon, in the very good video above. Their answer? A phenomenon called color constancy.

Your brain will perceive colors differently depending on the context of your surroundings. When the brain sees colors in a shadow, for example, it remembers that shadows make things darker. So to compensate for the lack of light, colors look a bit lighter than they actually are. With the dress situation, the context is pretty ambiguous, so the brain makes assumptions depending on what room you’re in, as well as each person’s individual perception.