Is ‘Interstellar’ An Antidote To Humanity’s Space Apathy?

It may be set in the distant future, but the movie highlights the issues that stymie space travel today. 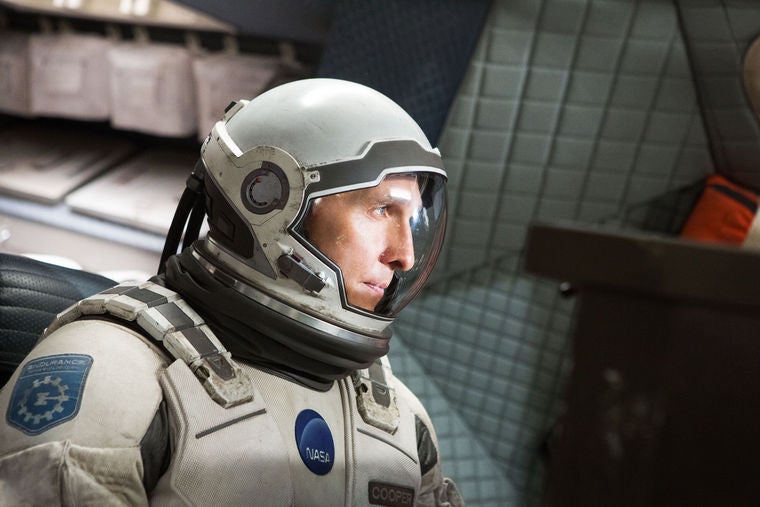 A few years ago, I caught a glimpse of one of the biggest obstacles to space exploration. In a movie theater line, I overheard two people discussing the concept of building a human base on our Moon. Since I find that endeavor fascinating, I secretly tuned into their conversation — only to be hit in my space-loving gut with their outlook. They weren’t talking about the real possibilities of such a mission. Instead, they openly mocked the idea, saying such a thing was never going to happen, and that more important matters than space travel warranted our attention.

Their viewpoints struck a nerve with me, especially since they’re not alone. Many people feel that way — or they don’t even care at all. This apathy, and even aversion, to space travel echoes throughout our current ventures into human space exploration, which have been next to nonexistent for the past three to four years. Without the Space Shuttle, NASA astronauts have had to hitch rides from the Russians to get to the International Space Station, and traveling to lower Earth orbit is about all they’ll be doing for the next decade. Putting humans in space is just not the priority it used to be, and the film Interstellar has picked up on this indifference, too.

The very first shot of this epic space odyssey sums it all up: a toy Space Shuttle sitting on a bookcase covered in dust. It’s an unsubtle metaphor for the fictional future Interstellar envisions. At some point, the human race ran out of food, and prioritized farming over more technical pursuits. The lofty goals of exploration and discovery have been shelved, and Matthew McConaughey’s character, Cooper, a product of this tradeoff, dreams of his former days as a NASA pilot but is forced to work in agriculture to keep his family alive in a world that is rotting away.

Putting humans in space is just not the priority it used to be, and the film Interstellar has picked up on this indifference.

It soon becomes clear that Cooper and his daughter Murphy are the outliers in this world. Murphy’s school teaches that the Apollo Moon landings were faked. “I believe it was a brilliant piece of propaganda,” says one teacher about the “faked” landings, “that the Soviets bankrupted themselves by pouring resources into rockets and other useless machines.” Cooper wants his son to go to college, but the teachers advise otherwise. He needs to become a farmer. Why dream of anything else when we need to eat?

In an utterly bizarre twist, however, Cooper stumbles upon a secret underground community with the dream of leaving this decaying Earth behind. Yep, he’s found NASA, driven into hiding. Michael Caine’s Dr. Brand, the brilliant scientist heading up NASA’s interstellar mission, explains to Cooper that public opinion couldn’t justify allocating funding for the space agency, so they had to conduct their affairs in secret. But now, as the world’s atmosphere becomes saturated with nitrogen, NASA is humanity’s only hope to find a new world where the species can start over again.

Although Interstellar is set in the distant future, the movie rings true for many of the challenges our space agency faces today. It’s been three years since the cancellation of the Shuttle program, and since then, NASA has been feeling its absence. Hard. The administration has shifted its primary focus twice — from the Constellation program to the Space Launch System — both of which have received their fair share of criticism for their pricing and utility. Both have also had a hard time getting off the ground. And while we’re supposedly on target for a Mars mission in the 2030s, budget cuts and inadequate funding make that goal seem unattainable.

The U.S. national budget plans to allocate just over $17 billion to NASA for 2015. As Phil Plait at Slate points out, that is less than half of a percent of the $3.9 trillion proposed national budget for next year. Buried within that statistic are the sentiments of those negative theatergoers: We have better things to do.

That’s why the film Interstellar comes as such a relief. As a movie, it certainly has technical flaws, some of which we pointed out in our Science of Interstellar package, and it drips with sappiness. But a worthy theme prevails: optimism. Optimism about space travel, about our Universe, and about the future of the human race.

On their high-stakes mission spanning galaxies, Cooper and his fellow astronauts encounter wormholes, hostile exoplanets, and one gigantic time-bending black hole—things we’ve only ever dreamed of encountering—and they conquer these enigmas of the Universe. Much of the science in the film is more grounded in fantasy than fact. But I don’t care. It’s a love letter to our species. We are going to prevail, and we’re going to see what space has to offer.

Space travel has been marking time for the past few years, and the industry took a big hit last week, with the explosion of Orbital Science’s Antares rocket and the crash of Virgin Galactic’s SpaceShipTwo. Hopefully Interstellar will help to combat popular reservations about continuing our exploration of space. Space is hard, but that’s what makes it worthwhile.

I’m not sure if the movie will inspire every audience member, but it can certainly shift the mindset of some. By showing viewers the insane and incredible places space travel can take us, maybe everyday discussions of going to the Moon or Mars won’t immediately be met with mockery. Instead of overhearing people laughing at the notion of a lunar base, I’ll overhear more people intrigued by the concept. Such a change in attitude could be huge. Apathy is deadly to innovation, but excitement is infectious—and that can be the spark we need to launch a new era of space flight.

As Cooper laments early on the film, “it’s like we’ve forgotten who we are — explorers, pioneers, not caretakers.” Maybe Interstellar will help us to remember.