No matter how badly you want an asteroid to hit Earth, it’s not happening this weekend

Rumors of our impending death have been greatly exaggerated. 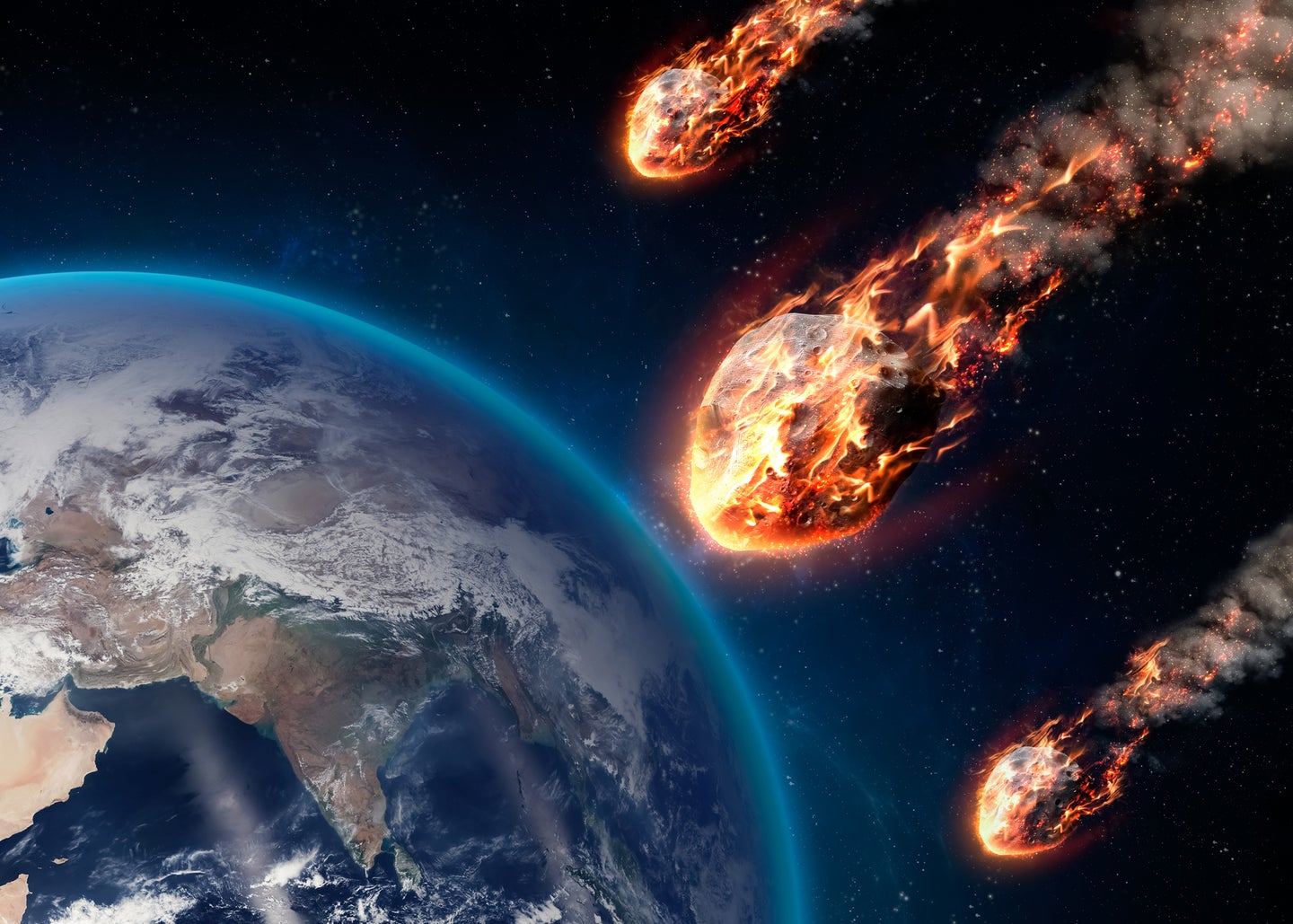 You might have seen a few alarming headlines about a ‘planet killer’ headed for Earth this weekend. But don’t worry: rumors of our impending death by asteroid have been greatly exaggerated. This weekend, the object known as 2002 PZ39 will totally fail to hit our planet. It will instead sail on, its continuing mission to seek out new life and new things to bump into.

This asteroid is estimated to be between 481.2 yards and 1083 yards in diameter, and astronomers have been tracking it for some time (since 2002, in fact, hence the name). “The trajectory of this asteroid is very well known,” the NASA Jet Propulsion Lab’s Center for Near Earth Object Studies tweeted on Thursday. On Saturday, it will pass Earth at a safe distance of 3.59 million miles—”about 15 times the distance of the Moon,” they tweeted.

The thing about words like “close” is that they’re relative, and space is really, really, really, big. A close call while you’re driving can mean another car coming within a foot of your own, but “close” in space terms can mean millions of miles. Still, scientists do their best to track objects passing nearby, says Amy Mainzer, a professor of asteroid surveys at the University of Arizona’s Lunar and Planetary Lab.

The same thing is true of time. “We know that asteroid impacts happen on what we would call astronomer timescales,” Mainzer says—that means millions of years. At any given time, a large asteroid impacting the Earth is “very low probability,” she says, “but potentially high consequences.” That’s why NASA and its collaborators (of which Mainzer is one) keep an eye on what they refer to as Near Earth Objects, or NEOs.

But it’s not a simple process to figure out where asteroids are and what their trajectory is likely to be, she says. That’s partly because—as mentioned above—space is big, and NEOs are comparatively tiny.

“The first and most important thing is that [NASA] has to be able to find the asteroid first,” says Mainzer. Over the years, NASA has found most of the really large NEOs, she says—the ones that are larger than about 0.6 miles. “Those are things capable of wiping out large chunks of life on Earth,” she says.

“But when we get down to things that are still big enough to cause what I would call severe regional damage, we still haven’t found the majority of those. And it’s going to take many, many decades.”

To identify an NEO and work out its trajectory, astronomers need multiple telescope images in which the NEO appears, taken over a wide span of time. NASA has been able to spot 2002 PZ39 in shots dating back as far as 1995, seven years before it was identified. They have a lot of observations, which means a high degree of certainty about the asteroid’s path.

But to do that for all the NEOs that could potentially cause problems for Earth, they need more time and more telescopes. A number of teams are working on this problem, Mainzer says. She’s involved in one major project to build an infrared telescope that will hopefully chart many of these objects during its mission. If all goes well, Mainzer says, it should come online in 2025.

Ideally, an NEO heading for Earth would be spotted decades ahead of its impact, and that would give governments and space agencies lots of time to figure out how to deflect it. This is something we’ve never had to do before, except in movies.

Although spotting potential ‘planet-killers’ is technically difficult, in terms of existential worries it’s a pretty easy one to track, Mainzer says. This medium-sized risk can be mitigated by watching the skies for NEOs and putting a plan in place for how to deal with them. And that’s something we’re already doing. If you’re ever worried about any of the asteroids or other objects that NASA is tracking, you can check their status for yourself online.