Pluto is not a planet because of one small technicality

Astronomers are persnickety about what counts as a planet in our solar system. 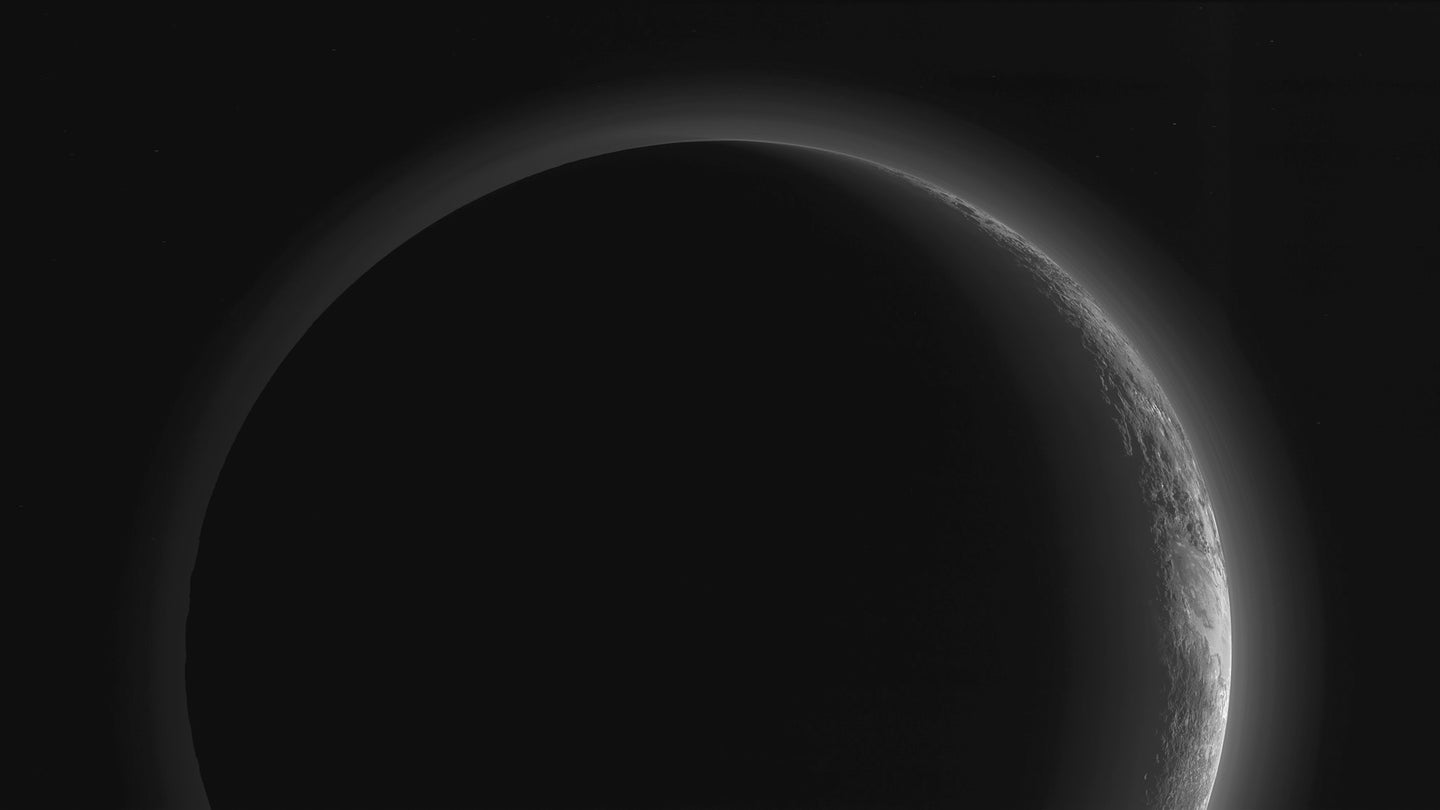 When I need to remember the order of the planets I recite the phrase I learned in school: My Very Excellent Mother Just Served Us Nine… and then I stumble just as I get to “Pizzas.”

Because “Pizzas” stands for “Pluto,” and Pluto is not a planet and hasn’t been for the greater part of the 21st century. For 76 years people knew it as the smallest, most distant member of the nine-object club, but then, in 2006, the International Astronomical Union (IAU) changed all that. An astronomer from the California Institute of Technology named Mike Brown had discovered a few odd objects out beyond all the known planets. One, Eris, appeared to be larger than Pluto (although we now know they’re almost exactly the same size).

The astronomers who make up the IAU faced a hard choice: label all the new objects and hundreds of future objects as planets, or pick a narrow definition that would save the deeper meaning of the title. They picked the second option. A couple hundred scientists voted to demote Pluto and named it the first of a new group of worlds: the dwarf planets.

Why is Pluto not a planet anymore?

When the IAU officially defined the word “planet” for the first time, Pluto didn’t fit. To keep its planetary status along with Earth, Saturn, and the rest, it needed to pass three tests:

Pluto passes the first test with flying colors, making one loop around the sun every 248 years. Things that fail this test include objects that circle other bodies, like how the moon orbits Earth.

The second test posed no problem either. Smaller asteroids (which do orbit the sun) can have funky shapes. Itokawa, for example, looks like a lumpy potato. But once an object gets big enough, the force of its gravity pulls down any parts that stick out too far, creating a round shape. Pluto is big enough to be round.

The real challenge to the ex-planet was the third test, which gets to the heart of what many astronomers think of when they hear the word “planet.” From Mercury to Neptune, and yes, even Pluto, most planets get their names from Roman gods. As such, we expect them to be masters of their domain. The solar system is full grains of sand, massive gas giants, and many, many objects in between. Having so many objects of different sizes whizzing around the sun gets pretty messy. In the middle of all that chaos, it’s the planets, as Pluto-slayer Mike Brown writes on his blog, that create order.

Take the asteroid belt, a loose collection of over a million pieces of planetary rubble that live between Mars and Jupiter. The fate of a rocky asteroid is uncertain, because its next orbit could bring it too close to Jupiter, whose gravitational pull could push it in a completely different direction. Or it could crash into another asteroid and burst into pieces.

The orbits of the eight classical planets, however, are mostly clear of other objects. No one’s going to mess with Uranus or Mars. Unlike the asteroids, anything in a planet’s path has either been absorbed, captured as moons, or booted away. After four and a half billion years of jostling for position, the eight classical planets are the last large objects left standing in their orbit.

Pluto is different. If you look at the solar system overall, it lies somewhere between an asteroid and a planet. No nearby object threatens to kick it away, as far as astronomers know. But now that researchers understand more about its environment, it just doesn’t look that special anymore. Instead of being the most distant planet, Pluto seems to be the closest member of the Kuiper Belt, a donut-shaped ring of perhaps a trillion comets and ice balls that orbit beyond Neptune. At least 200 of these objects are probably big enough to be round, qualifying them as dwarf planets. And like asteroids, they all move in similar ways. “Pluto,” Brown writes, “will always be part of the swarm.”

Just because Pluto lost its planetary status doesn’t make it any less interesting. The New Horizons space probe flew past the dwarf planet in 2015, sending back pictures revealing an active surface rich with cliffs, mountains, plains, and possibly even ice-spewing volcanoes. What’s more, some of the places that excite scientists the most these days aren’t planets at all. The Cassini-Huygens mission revealed lakes of methane on Saturn’s moon Titan, and the Juno mission is exploring the icy ocean of Jupiter’s moon Europa for alien life. To the planetary scientists who study these objects, they’re all just “worlds.”

[Related: Pluto’s icy volcanoes may have once belched ‘antifreeze lava’]

Although the word “planet” doesn’t mean that much scientifically, humans like to have tidy labels for separating things into groups. Asteroids, comets, and moons have proved useful categories, so it helps to have a complimentary “planet” label if we want to talk meaningfully about all the objects that orbit the sun.

The Pluto debate isn’t about obsessing over who’s in and who’s out, or who’s big and who’s small. It’s about understanding the structure of the solar system and recognizing that there’s a gravitationally-powerful group of objects that have distinguished themselves from their competitors. But when we do need to remember the proper order of the official planets, the IAU recommends we ditch the pizza and instead imagine that “My Very Excellent Mother Just Served Us Nachos.”