Not drifting through the wind. 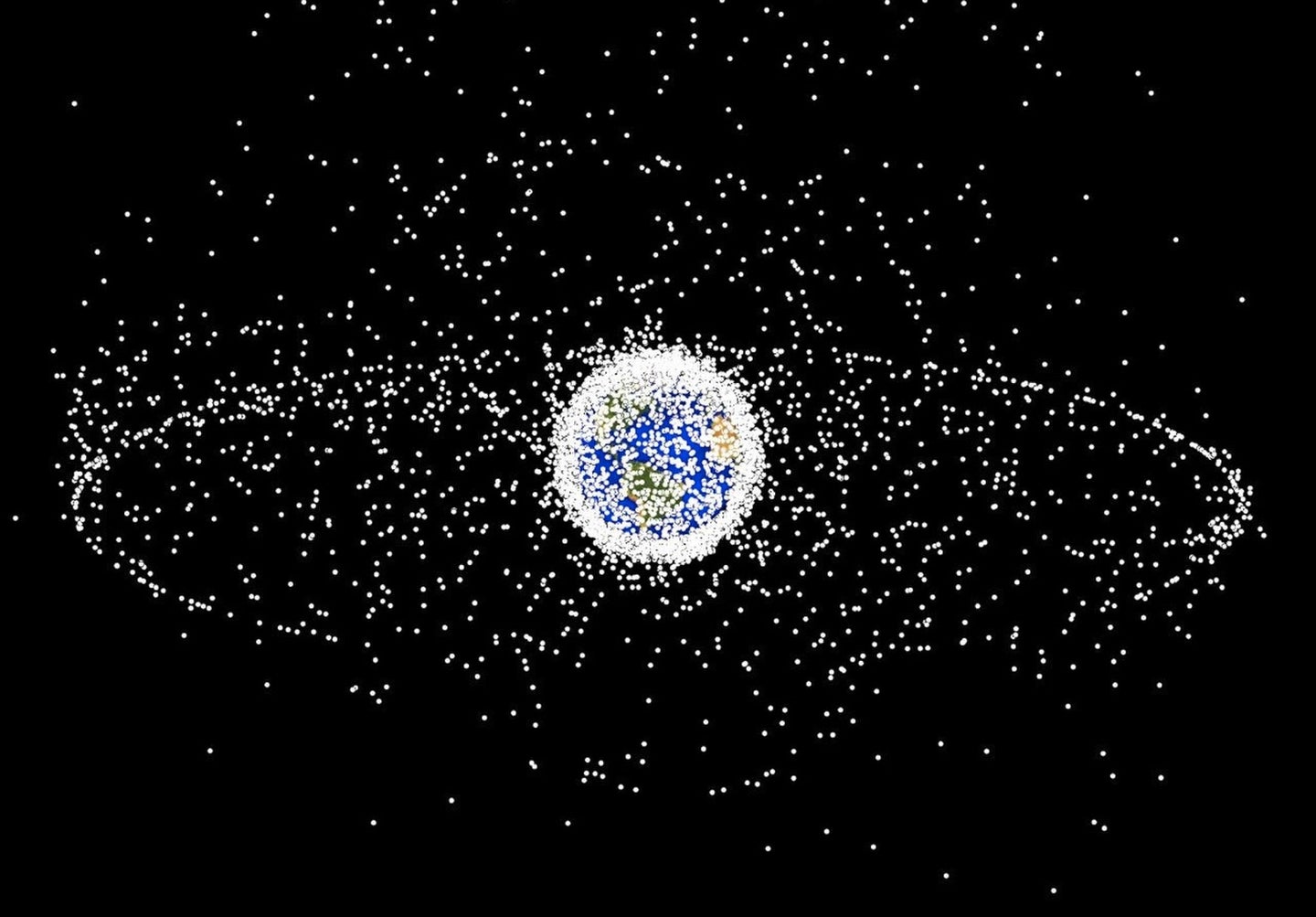 We've got a lot of debris hanging around. NASA
SHARE

There is a lot of space junk streaming around the Earth’s orbit, but few objects are quite as peculiar as one called A10bMLz, which astronomers are describing it as an “empty trash bag.” Farther than the average distance between the Earth and the moon, A10bMLz doesn’t have a stable orbit. It’s moving erratically, unpredictably veering back and forth between a distance of about 372,000 and 334,000 miles from the surface of the Earth, a lot like—you guessed it—an empty trash bag caught in the wind.

A10bMLz is far from run-of-the-mill space junk. Astronomer Daniel Bamberger from London’s Northolt Branch Observatories, which made follow-up observations and ran more analyses on the object after its initial discovery on January 25 by the ATLAS asteroid survey in Hawaii, says he and his team initially had no clue whether the object was natural or artificial. As they tracked its movements, they realized it was defying predictions and moving around almost randomly.

But space is a vacuum—there’s no wind or air pressure to account for this sort of volatility. There are only a handful of forces that could simply bully an object out of a normal orbit. What exactly is A10bMLz, and what kind of forces could possibly shove it around as it blew through interstellar main street?

The first thing to clear up is that while the empty trash bag object (ETBO) moniker is a cute and useful analogy, there is a more technical label that helps describe what A10bMLz is. Moriba Jah, an orbital mechanics researcher at the University of Texas, explains that the object represents a phenomenon called High Area-to-Mass Ratio, or HAMR. When an object possesses a large surface area and a low mass, it’s primed for getting pushed around by solar radiation. Photons from stellar light and radiation are able to interact with the surfaces of other objects and apply a small pressure as a net result of different physical interactions. Solar radiation pressure is a weak force, but it acts continuously and will make a difference over time, eventually building to a point where it is powerful enough to move objects out of their normal trajectories.

Bodies with higher surface areas are hit with more sunlight, so solar radiation pressure has a bigger effect on HAMRs. Like empty trash bags, they have low masses but high surface areas, so they’re more susceptible to outside physical forces. It’s the same sort of mechanics engineers are using to develop space propulsion technologies like solar sails.

When Bamberger and his team found that their initial predictions of A10bMLz’s movements were wrong, they knew solar radiation pressure was probably to blame. Although it was moving unpredictably, the general direction pointed away from the sun. “For A10bMLz, it’s enough to affect the orbit dramatically,” says Bamberger.

But Jah explains that these HAMR objects are incredibly hard to photograph, which makes it difficult to discern physical characteristics like size, shape, material properties, and orientation. And without knowing those features, it’s nigh impossible to predict how solar radiation pressure will affect its movements.

What we do know about A10bMLz is that it’s several meters wide, but weighs less than 2.2 pounds, and is probably a metallic structure that came off during a rocket launch into orbit. Its small mass and inconsistent movements mean it will likely remain in orbit around Earth for at least the next few weeks.