Cooperation is the key to long-term survival. 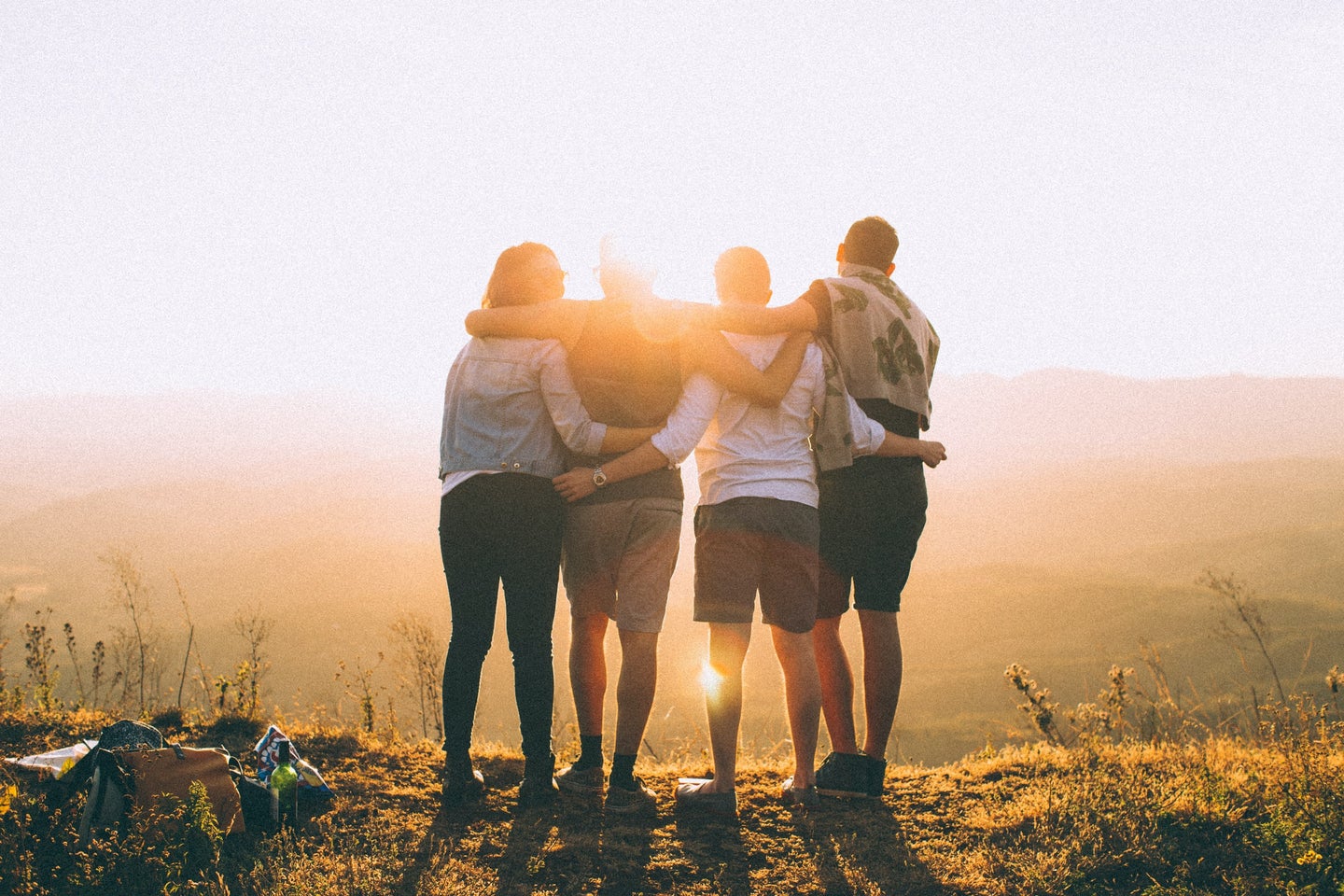 Our ability to show each other compassion could be the quality that has kept humans alive for so long. Photo by Helena Lopes on Unsplash
SHARE

The following is an excerpt adapted from SURVIVAL OF THE FRIENDLIEST: Understanding Our Origins and Rediscovering Our Common Humanity by Brian Hare and Vanessa Woods.

Arguably, no folk theory of human nature has done more harm—or is more mistaken—than the “survival of the fittest.” The idea that the strong and ruthless will survive while the weak perish became cemented in the collective consciousness around the publication of the fifth edition of Charles Darwin’s Origin of Species in 1869, in which he wrote that, as a proxy for the term natural selection, “Survival of the Fittest is more accurate, and is sometimes equally convenient.”

But somewhere along the way, “fitness” became synonymous with physical fitness. In the wild, the logic goes, the bigger you are, and the more willing you are to fight, the less others will mess with you and the more successful you will become. You can monopolize the best food, find the most attractive mates, and have the most babies.

Over the past century and a half, this mistaken version of “fitness” has been the basis for social movements, corporate restructuring, and extreme views of the free market. It has been used to argue for the abolition of government, to judge groups of people as inferior, and to justify the cruelty that results. But to Darwin and modern biologists, “survival of the fittest” refers to something very specific—the ability to survive and leave behind viable offspring. It is not meant to go beyond that.

The idea of “survival of the fittest” as it exists in the popular imagination can make for a terrible survival strategy. Research shows that being the biggest, strongest, and meanest animal can set you up for a lifetime of stress. Social stress saps your body’s energy budget, leaving a weakened immune system and fewer offspring. Aggression is also costly because fighting increases the chance that you will be hurt or even killed.

Friendliness is a different strategy, and it is a powerful one.

We tend to think of evolution as a creation story. Something that happened once, long ago, and continued in a linear fashion. But evolution is not a neat line of life forms progressing toward the “perfection” of Homo sapiens. Many species have been more successful than we are. They have lived for millions of years longer than we have and spawned dozens of other species still alive today.

The evolution of our own lineage, since we split from our common ancestor with bonobos and chimpanzees around 6 to 9 million years ago, produced dozens of different species within our genus, Homo. There is fossil and DNA evidence that for most of the approximately 200,000 to 300,000 years that Homo sapiens has existed, we shared the planet with at least four other human species. Some of these humans had brains that were as big as, or bigger than, our own. If brain size was the main requirement for success, these other humans should have been able to survive and flourish as we did. Instead, their populations were relatively sparse, their technology—though impressive compared to that of nonhumans—remained limited, and at some point, all of them went extinct.

What allowed us to thrive while other humans went extinct was a kind of cognitive superpower: a particular type of friendliness called cooperative communication. We are experts at working together with other people, even strangers. We can communicate with someone we’ve never met about a shared goal and work together to accomplish it.

We develop all of these skills before we can walk or talk, and they are the gateway to a sophisticated social and cultural world. They allow us to plug our minds into the minds of others and inherit the knowledge of generations. They are the foundation for all forms of culture and learning, including sophisticated language, and it was dense groups of these cultured humans who invented superior technology. Homo sapiens were able to flourish where other smart human species didn’t because we excel at this particular kind of friendliness.

This friendliness evolved through self-domestication. Domestication over the generations does not, as was once thought, decrease intelligence; it increases friendliness. When a species of animal is domesticated, it undergoes many changes that appear completely unrelated to one another. This pattern of changes—called the domestication syndrome— can show up in the shape of the face, the size of the teeth, and the pigmentation of different body parts or hair, and it can include changes to hormones, reproductive cycles, and the nervous system. What we discovered in our research is that it also can increase a species’ ability to coordinate and communicate with others.

Domestication is not just a result of artificial selection accomplished by humans choosing which animals to breed. It is also the result of natural selection. In this case, the selection pressure would be on friendliness—either toward a different species or toward your own. This is what we call self-domestication. Self-domestication gave us the friendly edge we needed to succeed as other humans went extinct. So far, we have seen this in ourselves, in dogs, and in our closest cousins, bonobos.

As humans became friendlier, we were able make the shift from living in small bands of ten to fifteen individuals to living in larger groups of a hundred or more. Even without larger brains, our larger, better-coordinated groups easily outcompeted other groups of humans. Our sensitivity to others allowed us to cooperate and communicate in increasingly complex ways that put our cultural abilities on a new trajectory. We could innovate and share those innovations more rapidly than anyone else. Other humans did not stand a chance.

But our friendliness has a dark side. When we feel that the group we love is threatened by a different social group, we are capable of unplugging the threatening group from our mental network—which allows us to dehumanize them. Where empathy and compassion would have been, there is nothing. Incapable of empathizing with threatening outsiders, we can’t see them as fellow humans and become capable of the worst forms of cruelty. We are both the most tolerant and the most merciless species on the planet.

The self-domestication hypothesis is not just another creation story. It is a powerful tool that points to real solutions that can help us short-circuit our tendency to dehumanize others. It is also a warning and a reminder that in order to survive and thrive, we will need to expand our definition of who belongs.

Excerpted from SURVIVAL OF THE FRIENDLIEST by Brian Hare and Vanessa Woods, published by Random House. Reprinted with permission. All other rights reserved