Language Evolution May Depend On Population Size 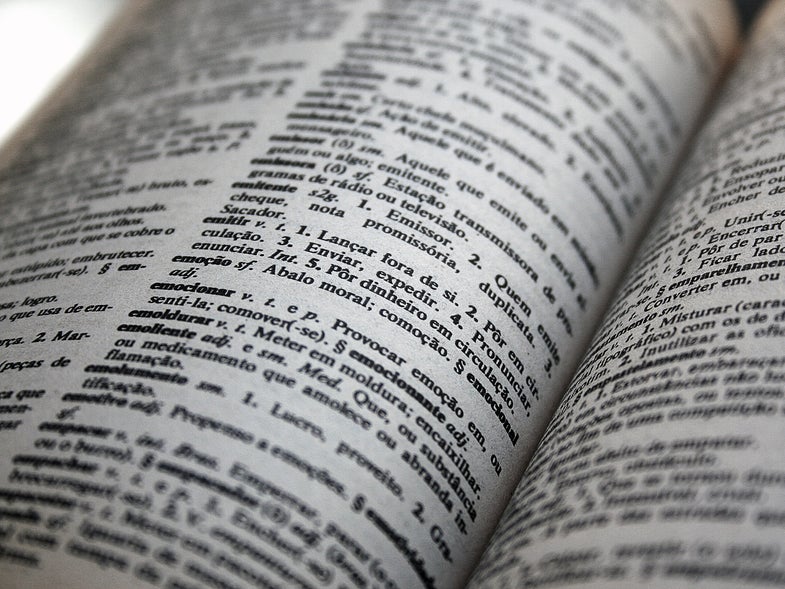 Every year, new words get added to dictionaries around the world, while other words slip from our lexicon. A recent study looked at the rate at which languages pick up or lose vocabulary. The researchers found that, similar to biological evolution, languages evolve at different speeds depending on the size of the population that speaks them.

To tease out the relationship between population size and evolution, the researchers–a group of linguists and evolutionary biologists from the Australia National University–compared 20 different Polynesian languages. Polynesian languages are ideal because they’re relatively new; Polynesia was settled relatively recently in human history. The languages diversified quickly across different islands, and the relationships between the languages have been thoroughly studied in the past. This way, the researchers could compare languages with different population sizes and see where the vocabularies differ.

The findings are just the first step for the researchers: Biologist Lindell Bromham, one of the paper’s authors, tells Popular Science that “Until we can analyze other language groups, we can’t be sure whether the patterns we have seen are a general feature of language evolution or peculiar to the Polynesian language group.”

The study was published February 2 in the Proceedings of the National Academy of Sciences.