Why our biotech future needs design 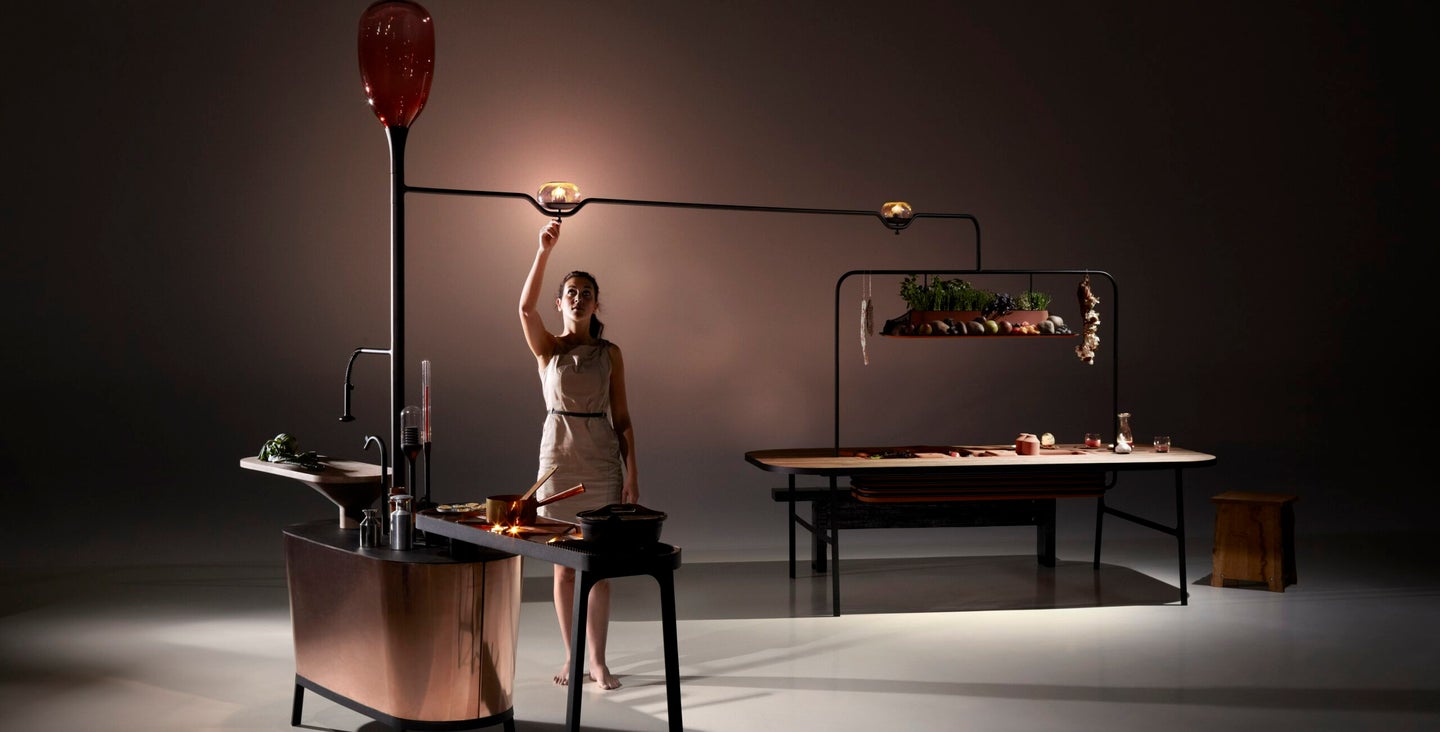 Philips combined microbes, bioreactors and kitchen waste to explore the sustainable homes of the future in Microbial Home. by Philips Design
SHARE

Dyson’s vision sounded surreal. He predicted a future in which children could bioengineer pygmy dinosaurs and adults could power their homes with electricity-generating trees. Over the last eight years, however, the world has slowly moved towards Dyson’s vision.

Today’s biotech is stranger than most of us could have imagined only a few years ago. New companies are using microbes to brew chemicals. They’re engineering flowers to change colors. They’re making designer pets. They’re molding bricks out of mushrooms and bacteria. They’re growing meat in petri dishes. They’re making garments from spider silk produced from genetically modified yeast.

In the history of civilization, we’ve never had today’s power and precision to manipulate living things. How we harness that power is an open question. Genetic engineering is only a few decades old. New fields in biotech, such as synthetic biology, are much younger. Many industries have adopted these biotechnologies. But biotech shouldn’t be left solely to market forces. We need to inject design thinking into the engineering of biology. Designers, focused on people and their experiences, will see the pitfalls and opportunities of new technologies where scientists and investors alone have not.

Good designers are masters of application. They think about how a technology could be shaped into different products. They pay attention to how people use those products, and how they shape culture. Good designers appreciate how products fit into larger systems, and how those systems function over time. It’s just this type of thinking that we need for biological technologies.

Today, a nascent class of biodesigners are exploring new uses for biotech. The Biodesign Challenge blog will focus on them and their world. We’ll explore new applications of biotechnology, covering new materials, new products, and innovative new ways of using living things. We’ll expose the controversies and dangers surrounding many of these potential applications. And in the process, we’ll meet some of the world’s most creative people, who are working at the junction of design, biology, and engineering.

In tandem with the blog, we launched the Biodesign Challenge at the Biofabricate conference this October. The Biodesign Challenge is a nationwide university competition that asks students to envision how biotech might be applied in the future. We’ll follow up with student teams as they develop their projects.

The first biodesign courses launched this fall at New York University, Rensselaer Polytechnic Institute, and the University of Pennsylvania. Spring semester will include School of Visual Arts, the School of the Art Institute of Chicago, the Fashion Institute of Technology, Southern California Institute of Architecture, and Maryland Institute College of Art.

Life is like no other substance. No steel girder ever grew out of a living matrix, then divided and assembled itself into a building. But that’s exactly what cells do when they form an organism. By exploring all the ways that biology and design intersect, it’s our hope that this blog will help launch a conversation about how we want to shape our biotech future.