Prehistoric cannibals likely had other motivations 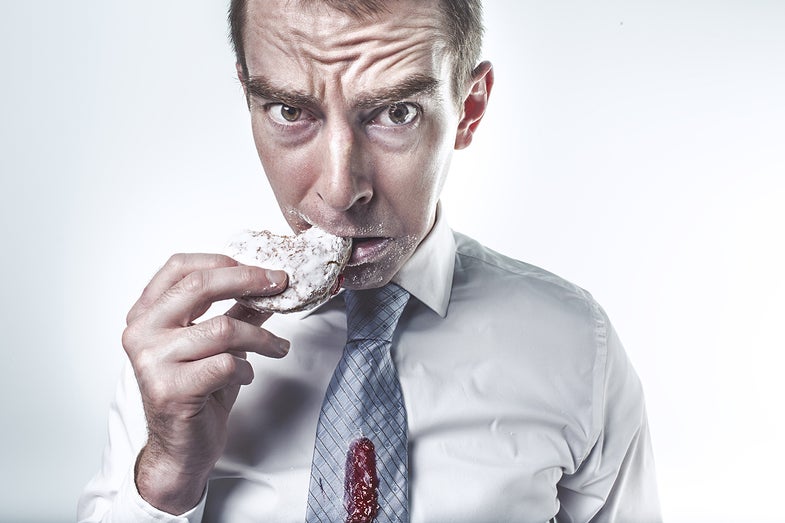 Hannibal Lecter may have eaten a census taker’s liver with fava beans, but according to a new study in the journal Scientific Reports, it wasn’t for the calories. The study found that humans are far less nutritious (as defined by energy bang for your buck) than mammoth, boar, or even a modest beaver.

The study’s goal wasn’t to assess if cannibalism is a great dietary choice (which, for the record it generally isn’t—cannibalism is associated with prion diseases, which are debilitating and incurable). Rather, the study aims to better understand the role of cannibalism in early hominid societies (a group that includes humans and our extinct relations).

Archaeologists know that prehistoric hominids practiced cannibalism because of evidence left behind in the archeological record. These clues include a missing skull base (to allow ease of access to the brain, yum), an absent vertebrate (because of boiling or crushing to get to the bone marrow and grease, also yum), cut and chop marks, and butchering techniques on hominid remains that mirror those found on food animal remains, among other things. Together, these pieces of evidence signal that early hominids at least occasionally turned their kin into comestibles.

According to study author James Cole, an archaeologist at the University of Brighton in the United Kingdom, most studies theorize that they did it for nutritional reasons—surely humans made a nutritious (and perhaps delicious) snack. This theory isn’t without modern precedence. The infamous Donner party may have resorted to cannibalism to stave off starvation. Armin Meiwes, who is currently serving life in a German prison for killing and eating a man he claims begged to be devoured, says that human flesh is “quite good” and tastes like pork. Given that hominids have been known to eat far more pungent foods than a pork chop (rotted, poisonous shark anyone?), human meat could seem downright delectable in comparison.

The problem with this narrative, Cole wrote in the study, is that, “Episodes of Paleolithic cannibalism have frequently been defined as ‘nutritional’ in nature, but with little empirical evidence to assess their dietary significance.” In other words, we have no idea if cannibalism could actually support a healthy human. There’s no proof that eating one’s neighbor (or enemy) is better, nutritionally speaking, than eating any of the many species of animals that early humans had already domesticated. Figuring out how nutritive humans actually are would shine a light on whether cannibalism was about calories or something else. So, Cole quantified how many calories your average human body contains.

He found that when it comes to calories per kilogram of muscle, humans are firmly in the middle of the pack. Musk ox (which, if you’re curious, tastes like beef), fish, cows, birds, bears, and beavers all contain more calories per pound of muscle than humans do. We have more calories per kilogram of muscle than some species—like reindeer and horse. But those animals are much larger than humans. A reindeer has literally twice the muscle of your typical human male, so you’d have to kill more people than reindeers to stay well fed.

This, in conjunction with growing evidence that early hominoids had complex societies, points to motivations for cannibalism beyond a full belly. Cole suggests that it could be that some incidences of cannibalism were simply pragmatic—eating someone who dies of natural causes is an efficient way of supplementing one’s diet—but that the consistency of the practice across distinct Paleolithic societies suggests something more complex. Maybe cannibalism was part of a funeral rite, or some other ceremonial process. Whatever the reason, when you order fava beans, ask them to hold the hominid.