10,000 years ago, North Americans were chowing down on potatoes—some things never change

We go way, way back. 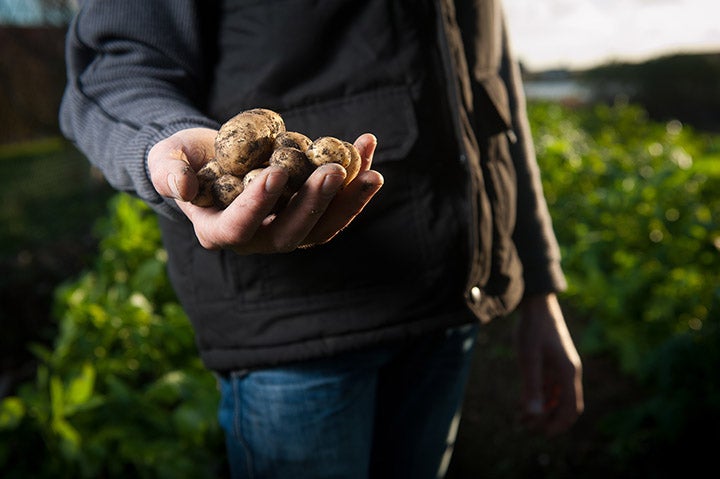 Samwise Gamgee may have preferred to boil them, mash them, and stick them in a stew, but a cursory glance of a restaurant menu suggests Americans enjoy frying them, shredding them, slicing, roasting, and pureeing them too.

The average American eats 142 pounds of them a year. That’s about a potato a day, according to the North Carolina potato association. And while we can’t get enough of this tuber, a study released this week in the Proceedings of the National Academy of Science suggests that our continental love of potatoes may go way back. Archeologists from the Natural History Museum of Utah and the University of Utah posit that North Americans have been chowing down on potatoes for at least 10,000 years.

Solanum tuberosum, also known as the potato, is the domesticated form of the wild plant Solanum brevicaule. The latter potato originated in what is now southern Peru and northwestern Bolivia, where native peoples bred it into the starch we know and love. Post 1492, that potato would spread via the Columbian Exchange—a widespread transfer of plants, animals, culture, etc. between the Americas and rest of the world that occurred in the 15th and 16th centuries. But, while Solanum tuberosum likely didn’t make its way to North America until later, it was not the only potato game around. Upwards of 20 species of wild potato stretch from southern Chili into the North America, and it was one of these wild varietals that the archaeologists think earlier residents might have enjoyed.

The researchers extracted starch granules from one of these other wild potatoes, Solanum jamesii, from stone tools at North Creek Shelter, one of the oldest archeological sites in Utah. The site, located in Grand Staircase Escalante National Monument, contains artifacts from the Fremont and Anasazi peoples, as well as the Paiute.

Researchers recovered a total of 323 starch granules from 24 tools pulled from earth layers that date back from 10,900 years ago to 6,900 years ago. About a third of the starch granules (122 of them) had traits characteristic with growing underground, which limited their origin source to two plant families: the lily family (Liliaceae) and the nightshade family (Solanaceae) of which potatoes are a part. Using quantitative analysis of shapes and structures, at least nine of those granules were found to be Solanum jamesii. Another 61 matched two to three of the four diagnostic characteristics, making the case for possible potato presence even stronger.

Solanum jamesii is more nutritious than your standard potato. It has twice the protein, zinc, and manganese and three times as much calcium and iron, which makes its inclusion in ones diet pretty logical. And the archaeological record matches other records that we have of the people who once lived in the region. Ethnographic accounts from Apache, Hopi, Kawaik, Navajo and others all suggest use of Solanum Jamesii. By the mid-1800s, settlers had already nicknamed the region ‘Potato Valley’ for the abundance of wild taters growing there, which were regularly consumed through the great depression and, write the study’s authors “even now grown in a few backyard gardens.”

While it’s neat to know that people have been eating potatoes in North America for millennia, the study also raises one intriguing question. Modern potatoes share a common lineage with Solanum Tuberum, but the ones we eat today didn’t descend from that particular wild species. Perhaps some populations of Solanum Jamesii were actually domesticated as well at some point—a variety lost to history.