Is The Human Species Still Evolving?

Bill Nye The Science Guy speculates on the future of mankind Is there a Homo superius just around the next corner, waiting to take our place? Let’s think about what it would take: If we were to give rise to a new species, something would have to happen to us to create a bottleneck or isolated place for a founder-person and her or his mate to show up and get separated from you and me and our offspring. In the modern world, that is very unlikely. We have airplanes and ships and the Internet.

What if there were an enormous war and all of our intercontinental means of transportation were destroyed? Perhaps then an isolated population of people would live apart from the rest of us for so long that they would no longer be able to successfully interbreed. Just listen to all the dialects we have for speaking English. When human populations are even a little bit separate, they start talking differently. Other bigger changes might happen with more profound separation. Perhaps this could happen somewhere beyond Earth, even, such as in a colony on Mars. Without geographic isolation, I am not sure we can get a new species of hominid, not ever. But that is not the same thing as saying that humans are no longer evolving, because we surely are.

We cannot step away from evolution. Our genomes are always collecting mutations, and we are always making mate selections. Are humans preferentially mating with other humans who are tall? Blonde or not blonde?

We cannot step away from evolution. Our genomes are always collecting mutations, and we are always making mate selections.

Are smart people actually producing significantly smarter offspring, who end up making more money and ever so slowly outcompeting other families? Or is intelligence a losing trait, because highly educated couples tend to have smaller families, so when something goes wrong there are fewer siblings left to carry the genes forward? Or since highly educated men and women have babies later in life than those that don’t squander their best childbearing years in universities, do the babies of the highly educated enter the world with more trouble in childbirth, and are they prone to more subtle gene troubles that result from later mother and fatherhood? Cue the spooky music.

More likely than a future race of hyper-smart people who outcompete the rest of us is a strain of Homo sapiens that can beat a disease. Probably the most important evolutionary sieve that any future person is going to have to get through is going to have to do with germs and parasites. Recall that in the Spanish Flu epidemic of 1918–1919, some 50 million people were killed by something far too small to even see, let alone hunt and destroy. The Black Death of the fourteenth century may have killed up to 200 million. You and I are descendants of people who just happen to have the genes to fight off deadly viruses and bacteria. Those who survive into the future will probably have resistance to certain diseases that none of us have today. 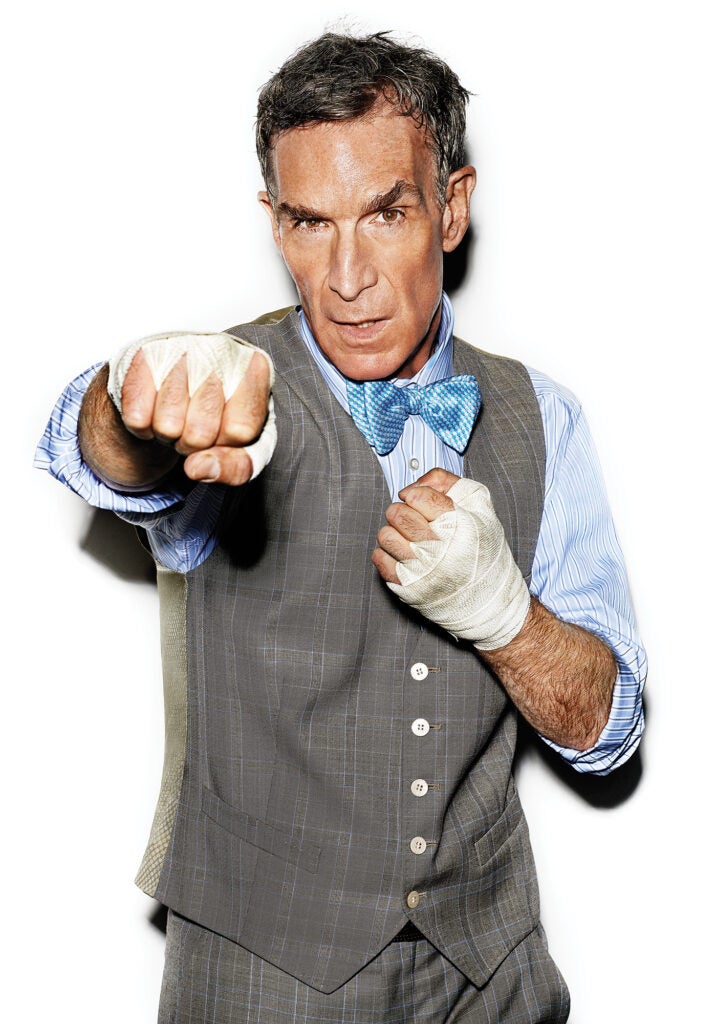 There are a lot of other ways that evolutionary change will march on, no matter what. Those that survive may have a higher tolerance for drinking milk. Babies in industrialized societies have access to milk like no one before us. Maybe a genetic tolerance for milk will slowly help more of those babies survive until they have kids of their own. There is evidence that people with both especially high and especially low blood sugar levels have fewer offspring. So subtle changes at least will make their way into the human population’s gene pool. It’s going on right now.

Then there is a whole other category of possible human futures that are influenced by our own technologies. I give a great many talks or lectures at universities and for general audiences. I enjoy performing, the part where I’m doing the talking and all, but my favorite part of any evening is when audience members come up to microphones and ask me questions. One of the most common themes is what people call “The Singularity.” This is a supposed imminent time (2029, in some versions of the story) when computers will become as sophisticated as human brains. From there, it is proposed, machines will be able to outcompete humans at just about everything. There will be superior car-parking algorithms, disaster-relief coordination, legal briefs, rocket science, great thinking in general. Taking it to the next logical step, this artificial intelligence will have to be managed carefully, because after all, any of these future brain machines will outthink and outmaneuver us at every practical turn.

Those who survive into the future will probably have resistance to certain diseases that none of us have today.

If you want to reach toward a science fiction future of human evolution—it’s fun to speculate, so why not?—a much more reasonable, perhaps inevitable, factor is genetic engineering. Medical scientists are already on the verge of being able to ensure that your baby does not suffer from Huntington’s disease or have flat feet. Will it be possible to make babies genetically smarter? Or better baseball players? Is that sort of thing ethical?

As a voter and taxpayer, each of us may have some interesting decisions to make about what’s allowed in medicine. We may have to address genetically modified people among us who came to be through some future outlawed genetic-engineering technique. What would be the status of illicit human clones? The better informed we all are about all this, the better decisions we’ll make.

In contrast, I’m looking out for big changes that come from good old-fashioned Darwinian natural selection. What trait would give a future human baby such an edge that she or he will grow up to produce some amazing new kid that can do something that stands out and will attract a similarly worthy partner with whom to mate? I have heard many women say that they love a guy with a good sense of humor. That one sits well with me for some reason. Will some future guy be so funny, and not so funny looking, that his hilarious sense of humor will win him partners? Will his command of irony be so good that women go wild for him and he mates and reproduces wildly? Legions of present and former stand-up comics hope so.

Whatever the future holds for humankind, I very much hope we are all in it together, that we all continue to remain one species with wisdom enough to preserve as many other hominids and other creatures. I hope we keep using our big brains to understand and appreciate the extraordinary process by which we came to be (and hope to remain) the top species on the planet.

Adapted from Undeniable: Evolution And The Science Of Creation, by Bill Nye. Copyright © 2014 by the author and reprinted by permission of St. Martin’s Press, LLC.

To hear Bill Nye himself read the full chapter, click the play button: