A new study argues that climate oscillations in East Africa resulted in human migration and adaptation. 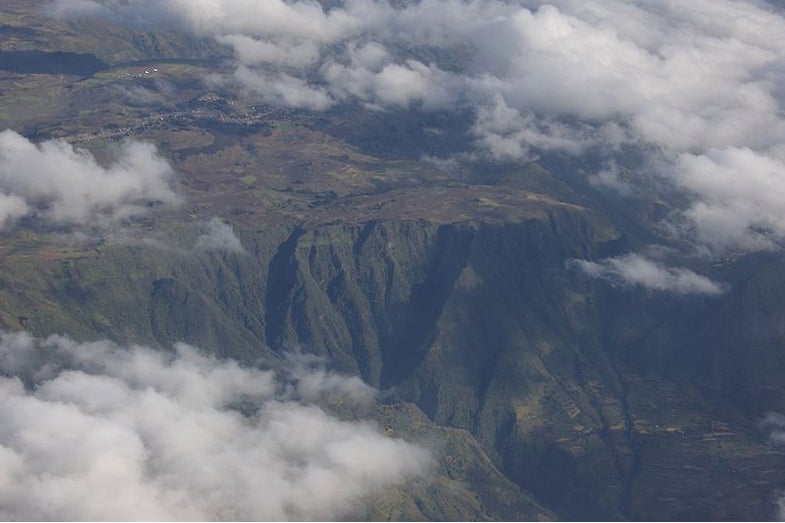 Millions of years ago, slow changes in the Earth’s orbit changed the climate in East Africa dramatically. Every 20,000 years ago, the region vacillated between very dry and very wet periods. These extreme changes may have played a vital role in driving human evolution, according to what’s called the pulsed climate variability hypothesis.

A new paper from the researcher who first introduced the idea in 2009, University College London geography professor Mark Maslin, links periods of change in the East African Rift Valley—namely the increase in freshwater lakes—with evidence of human evolution. “It seems modern humans were born from climate change,” Maslin explained in a press statement, “as they had to deal with rapid switching from famine to feast—and back again.” This, he says, was what drove the evolution of new species with bigger brains, and later forced them to migrate out of East Africa, moving down toward South Africa and north to Europe and Asia.

‘It seems modern humans were born from climate change’

Along with University of Manchester research fellow Susanne Shultz, Maslin compared all lakes known to have existed in the East Africa Rift System over the last 5 million years with climate records and records of human evolution. Major events in human history, including when humans first started to migrate out of East Africa, happened during wetter periods. Around 1.9 million years ago, for example, when a number of deep freshwater lakes appeared, early Homo erectus arrived on the scene, at the same time as quite a few new species. The researchers believe the new species developed as a direct result of the changing ecology in the region.

Maslin says “the climate of East Africa seems to go through extreme oscillations from having huge deep freshwater lakes surrounded by rich lush vegetation to extremely arid conditions—like today—with sand dunes in the floor of the Rift Valley.” More water would have forced early humans to migrate by increasing the availability of food and water (and tributaries to follow as they travelled) while decreasing the amount of space in the valley they could inhabit. 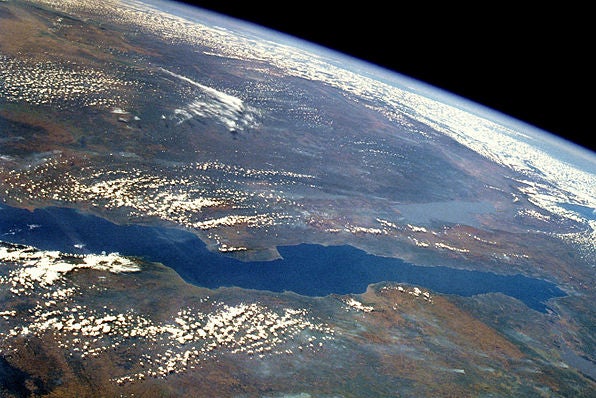 The world’s longest and second-deepest freshwater lake, formed nearly 25 million years ago as part of the Great Rift Valley. It’s spread across four countries, with most of it shared between Tanzania and the Democratic Republic of the Congo.

“The occurrence of deep freshwater lakes would have forced expanding hominin populations both northwards and southwards,” the researchers write, generating “a pumping effect pushing them out of East Africa.” In other periods, the lakes would dry up, forcing them to adapt to survive, which may have helped them evolve to be more flexible. This could be linked to other changes in hominin populations, such as bigger brains, increased use of throwing projectiles, and changes in social behavior:

The link between bigger brains and the changing environment is a little more tenuous. Homo erectus represented an 80 percent increase in brain size over previous species, at the same time that there was the greatest amount of water covering the region—potentially one huge lake covering something near 1,000 miles of territory. But other periods of brain expansion occurred during very dry periods, suggesting that brain size increases were driven by aridity.

However, the researchers allow that their hypothesis may not capture the whole of human evolution:

The study appears today in PLOS ONE.__