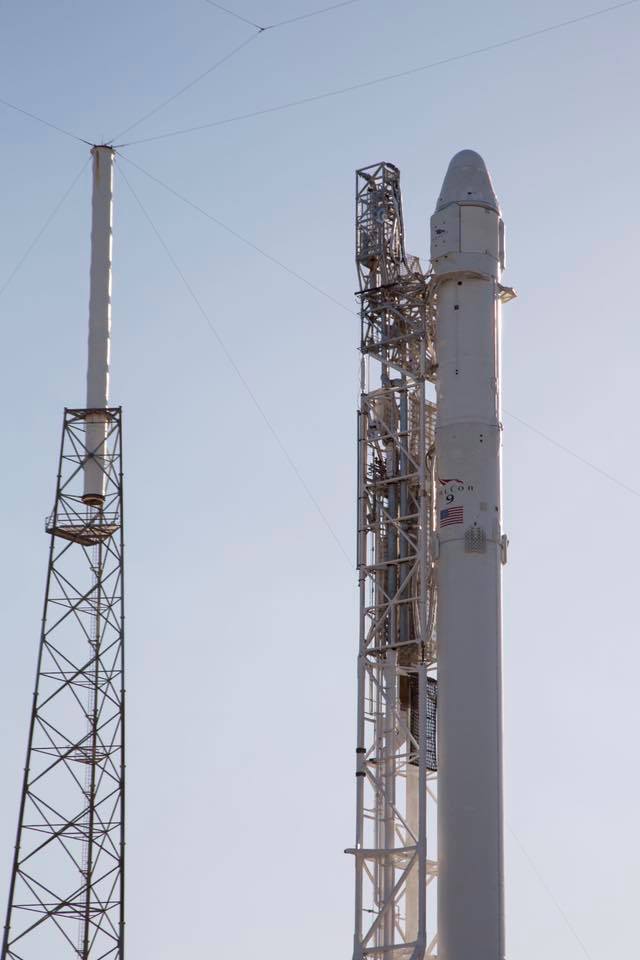 What are you doing this Friday, April 8, at 4:43 p.m. Eastern? If you’re a nerd like us, you’ll be watching Cape Canaveral, Florida, where SpaceX will attempt to launch its Falcon 9 rocket and deploy its uncrewed Dragon capsule to the International Space Station. In fact, Popular Science assistant editor Sarah Fecht will be there reporting live from the launch. Now, SpaceX has done this route before a number of times successfully, but the last time it tried in the summer of 2015, the rocket exploded, destroying all cargo aboard.

So we’re hoping for better outcome this time. Especially since SpaceX’s Dragon will be carrying the first human-rated inflatable space habitat — a balloon-like room that astronauts will enter called the BEAM, made by hotel magnate Robert Bigelow’s spacefaring company Bigelow Aerospace. The last public word from SpaceX was that a static test fire went well, so things are looking pretty good so far.

As the top commenter on SpaceX’s Facebook photo put it: “May the force be with you.”