Planning for the worst 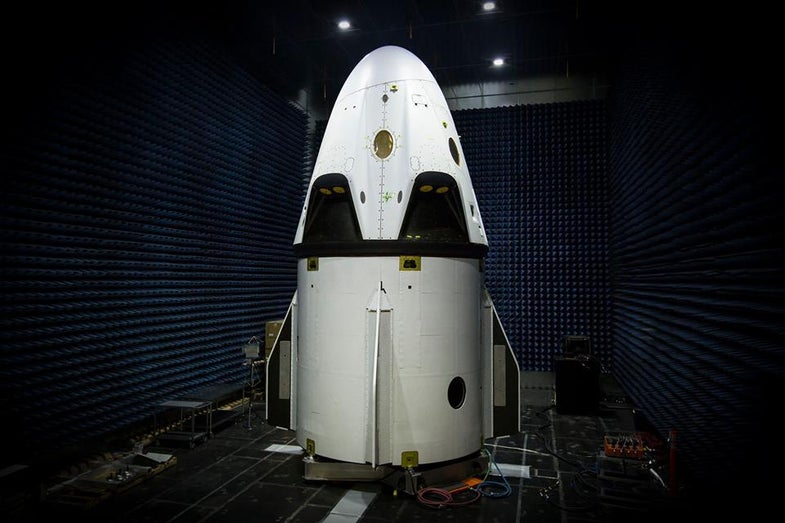 It’s not always fun thinking about the worst-case scenario, but when it comes to human space travel, envisioning the terrible pitfalls that could happen during a mission is a necessity. It’s the only way to figure out how to rescue a situation that would otherwise evolve into terrible tragedy.

Tomorrow, SpaceX will be thinking about all the dreadful happenings that could befall their latest creation, the Crew Dragon, as they test out the vehicle’s abort system on a launch pad at Cape Canaveral Air Force Station in Florida. The test will demonstrate how the Dragon would rapidly escape from the pad during liftoff, in case a rocket malfunction threatened the spacecraft and its inhabitants. For example, in the unlikely event that a booster fell off the primary rocket during takeoff, wreaking havoc on the launch pad, this backup launch system could jettison the crew module to safety before anyone got hurt.

Modeled on the cargo Dragon capsule–the module SpaceX uses to send supplies to the International Space Station–this latest vehicle is designed to house much more precious cargo: NASA astronauts. Back in September, the space agency awarded both SpaceX and Boeing with contracts as part of their new Commercial Crew Program. The contracts tasked the private companies with designing and developing commercial “space taxis” that could ferry astronauts to and from lower Earth orbit. Right now, the only ride U.S. astronauts can use to get to the ISS is the Russian Soyuz rocket, which isn’t cheap or ideal.

With seats for seven passengers, the Crew Dragon will be one of NASA’s main tickets to space starting in 2017, costing significantly less than the Soyuz per launch. But until it can see some quality space time, the module must undergo a series of tests to prove it’s up to NASA’s standards for travel. Tomorrow’s pad abort test marks the first of these trials. 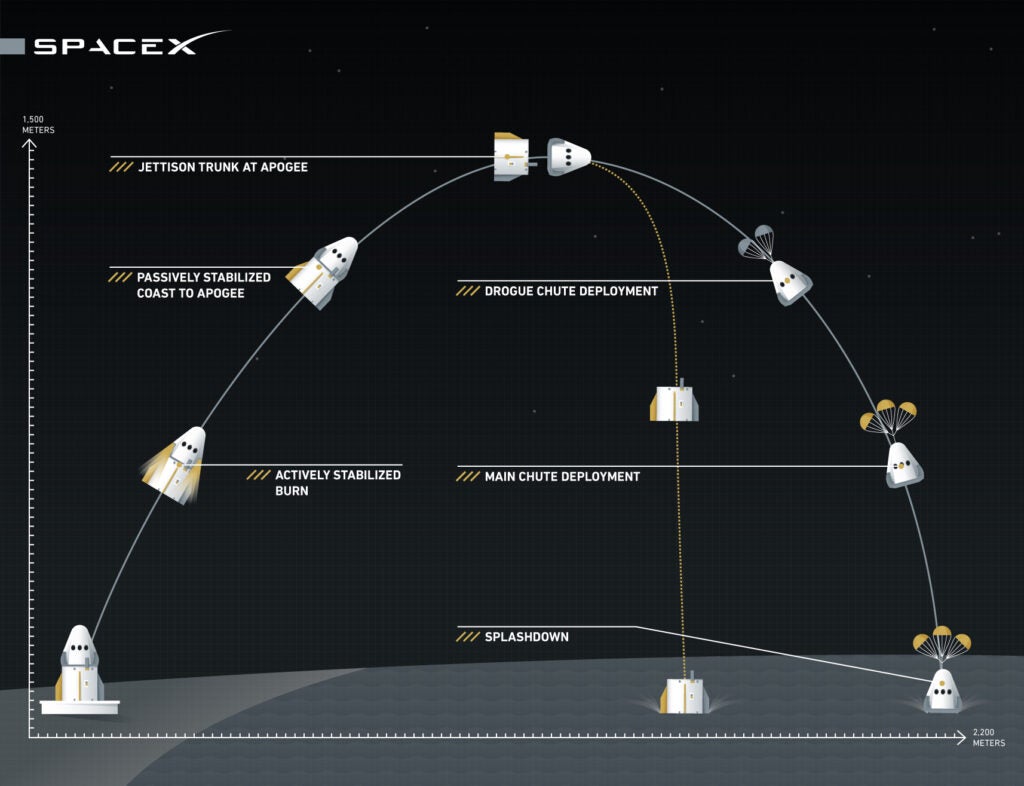 As part of the abort system, eight SuperDraco engines embedded in the walls of the Crew Dragon will carry the vehicle, connected to an elongated trunk, about 5,000 feet in the air above the launch pad. The SuperDraco engines produce a combination of 120,000 pounds of thrust in under just a second, allowing the Dragon to reach that height in half a minute. The idea is to get the capsule away from any dangerous mishaps on the pad as soon as possible.

The Crew Dragon’s abort flight trajectory will be parabolic, meaning the engines will take the capsule up and over, away from the launch pad. When it reaches the desired altitude, the Dragon will disconnect from its support, or trunk, and parachutes will deploy. Then the module will gently splash down in the Atlantic Ocean about a mile away from the launch pad.

The whole test, which will be unmanned, is supposed to happen in less than two minutes.