SpaceX Loads Inflatable Habitat For Launch To The Space Station

Astronauts will periodically enter the habitat designed by Bigelow Aerospace 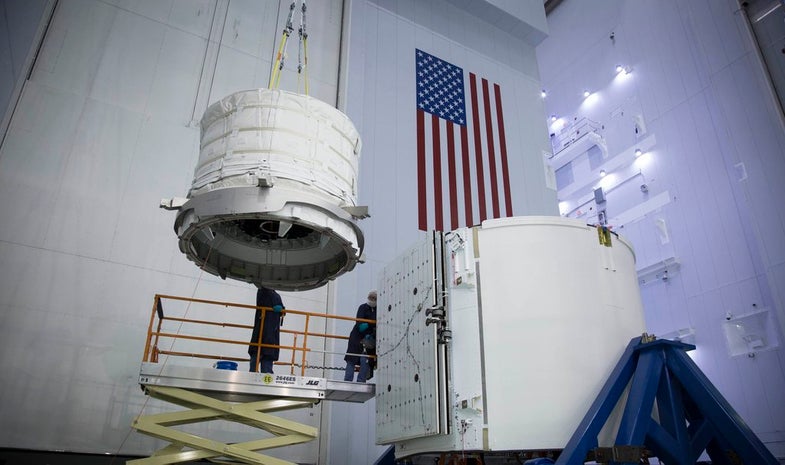 Putting balloons in outer space may not seem like the best idea on the surface, but it’s exactly what’s about to happen. On April 8, SpaceX is scheduled to launch its uncrewed Dragon cargo capsule to the International Space Station, and among the various supplies in tow will be an inflatable space habitat called the BEAM designed by Bigelow Aerospace.

Once up in orbit, the BEAM habitat will be attached to the space station and inflated with oxygen and expand from its 8-feet wide packed form into a new room with 565 cubic feet of volume. The idea is to be able to send structures like this up that take up less space during the flight, but which can expand to a useful size when in orbit, saving costs.

The BEAM is supposed to remain attached to the station for two years, during which astronauts will periodically enter it and conduct tests on its spaceworthiness. Bigelow previously showed off a shiny, mylar-like balloon prototype of this habitat, but today SpaceX tweeted a photo showing the un-inflated version of the actual habitat that is going up, and it looks decidedly whiter and plainer — yet no less awesome. Check it out for yourself: 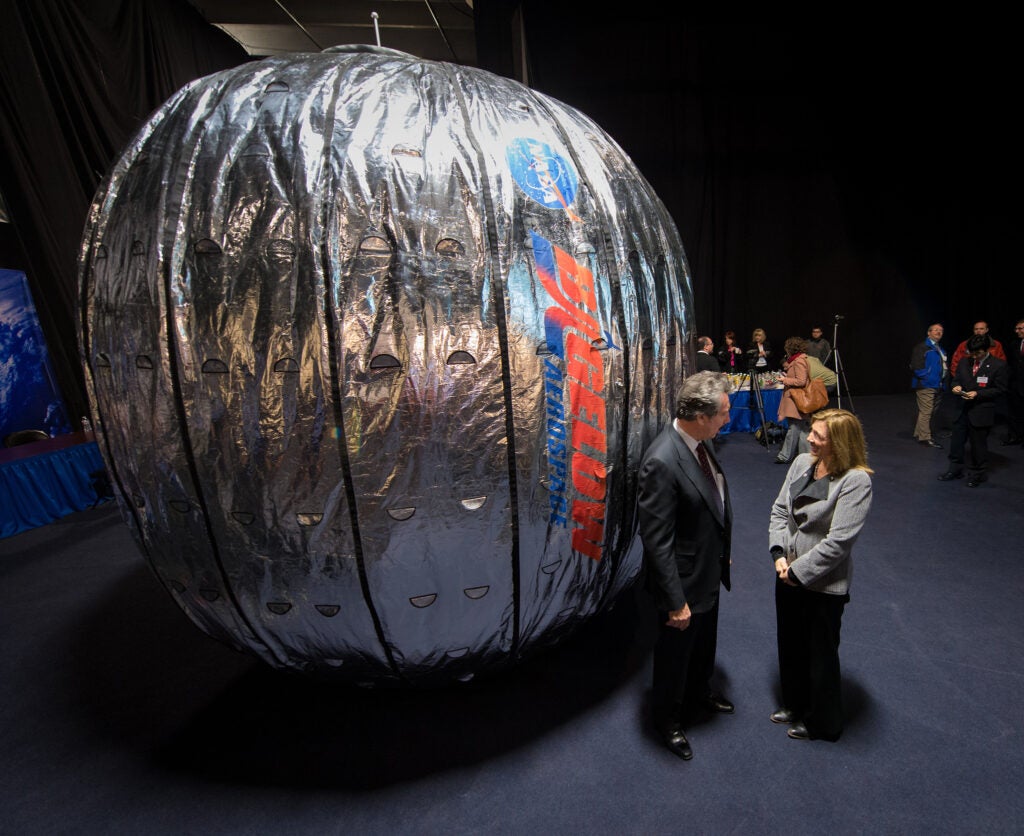 If all goes according to plan, BEAM will be the start of a new inflatable space age. If that’s not an occasion for balloons, what is?