SpaceX Gears Up For Mass Production Of Falcon Rockets 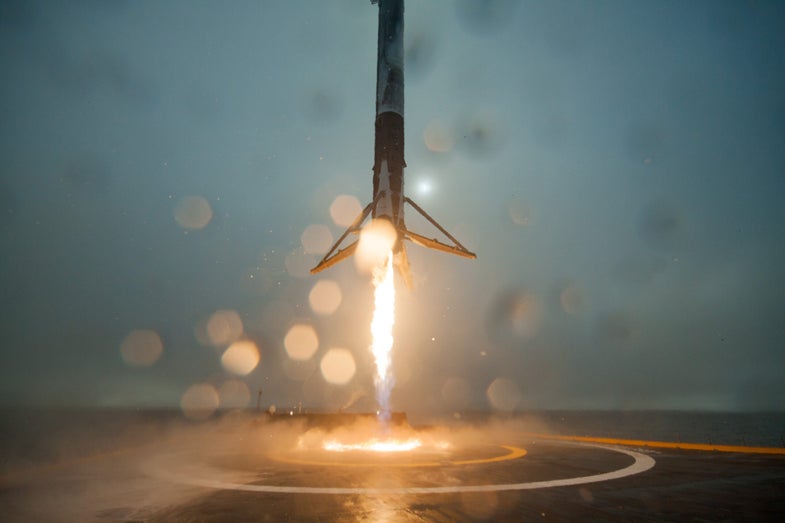 Private spaceflight is starting to look a lot more like a viable business.

During the FAA’s Commercial Space Transportation Conference earlier this week, SpaceX COO Gwynne Shotwelll said the company plans to increase its rocket production this year and the next, and move up the pace of launches. The announcement signals more rockets for the future.

Business has been booming for SpaceX. The company carries supplies to and from the International Space Station, and launches commercial satellites into orbit.

Geopolitics are also on SpaceX’s side. United Launch Alliance, a joint venture by Boeing and Lockheed Martin, builds its rockets around engines purchased on the cheap from Russia. With Congress eager for a domestic alternative, the Air Force is awarding more contracts to SpaceX for its reconnaissance satellite launches.

Yet some of SpaceX’s technology still struggles. The explosion of a resupply mission to the space station last year was a big setback for the company. And although it managed to land the Falcon 9 rocket on solid ground, in hopes of reusing it later, SpaceX hasn’t yet managed to stick its ocean landings.

As with many engineering challenges, careful study and repeated attempts will mean a greater chance of success. Which is just one more reason they’re going to need to build more rockets, faster.