SpaceX’s Dragon Will Launch With A New Abort Option Today, Just in Case

A getaway plan that hopefully won't be needed 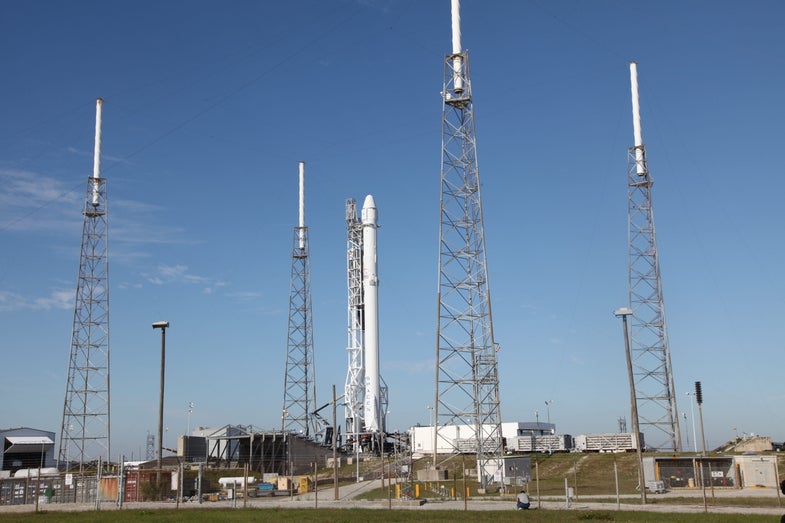 Today at 4:43 PM Eastern, SpaceX will attempt its big comeback to the International Space Station, and it’s carrying an extra safety precaution onboard.

Last summer, just two minutes after liftoff, the company’s seemingly routine delivery to the station went up in flames, destroying the Dragon capsule and the several thousand pounds of supplies and science experiments it was hauling. No one was harmed, but the loss was undoubtedly in the millions of dollars.

SpaceX has since fixed the problem that caused the explosion—a faulty support strut was to blame—and they’re flying on an upgraded version of the Falcon 9 that has already successfully launched two payloads. But if tonight’s launch were to fail, some of the cargo might be saved this time around. That’s because SpaceX is adding an abort option that’s designed to carry the capsule to safety.

SpaceX CEO Elon Musk said at the time of the disaster that the Dragon could have survived the explosion, if only it had known to deploy its parachutes. This Dragon and all subsequent ISS missions will carry the new software that will make sure it does next time around, so that the Dragon and its contents can drop down softly into the ocean.

Spaceflight Now notes that the expandable space habitat riding up on today’s launch won’t be helped by the new system, since it rides in the Dragon’s unpressurized trunk. But some 3,800 pounds of supplies and experiments could be saved.

Future versions of the Dragon spacecraft—specifically, the ones designed to carry astronauts to the space station—will also use thrusters to navigate the craft out of harm’s way.

The weather for tonight’s launch looks beautiful, so if everything else goes as planned, it should be an exciting launch—and afterwards SpaceX will attempt to land its rocket booster on a drone ship in the ocean. Watch it with us here.