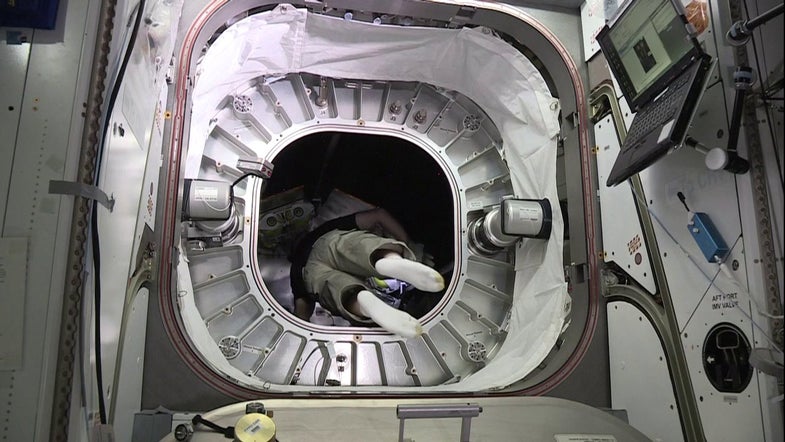 Early this morning, astronaut Jeff Williams became the first person to board an inflatable habitat installed on the International Space Station.

Future versions of the Bigelow Expandable Activity Module (BEAM) might provide mankind’s home on the moon and Mars, but first we need to know how it holds up in space.

NASA finished setting up BEAM on the ISS over Memorial Day weekend. Although Bigelow has flown uncrewed versions of the habitat in orbit, Williams is the first person to entire one in space.

While onboard, Williams collected air samples and data from BEAM’s sensors, which are monitoring temperature, pressure, and radiation levels. He said that it was cold inside BEAM, but it otherwise looked “pristine.”

Although the module is closed off now, astronauts will again board BEAM on Tuesday and Wednesday to set up more sensors and equipment. These will be used for the experiment’s “primary task of gathering data on how an expandable habitat performs in the thermal environment of space, and how it reacts to radiation, micrometeoroids, and orbital debris.”