How Many Astronauts Can Fit Into An Inflatable Space Habitat? 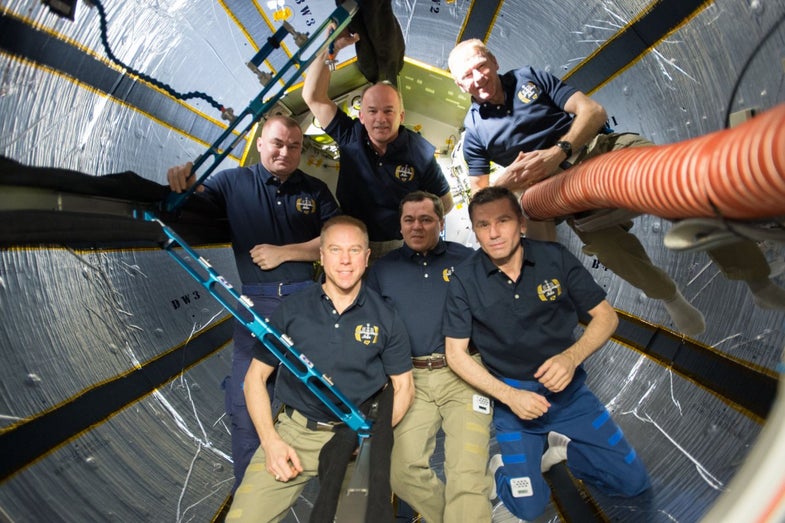 Smile for the camera! Thanks to a new group picture from the astronauts onboard the International Space Station, we now know that at least six people can fit inside the Bigelow Expandable Activity Module (BEAM).

The module, which was fully inflated over Memorial Day weekend, measures 13 feet long and 10 feet across. It will stay attached to the International Space Station for two years. Researchers are interested in inflatable space habitats as potential shelters for future missions in space.

Astronaut Jeff Williams was the first to enter the BEAM module back on June 6, carefully checking the environment inside the expandable habitat.

The group photo inside BEAM was probably bittersweet for three of the men in the picture, who are entering their last hours on the International Space Station. Expedition 47 Commander Tim Kopra, British astronaut Tim Peake, and Soyuz Commander Yuri Malenchenko are all slated to return to Earth on Friday June 17.