For the moon, Mars, and beyond 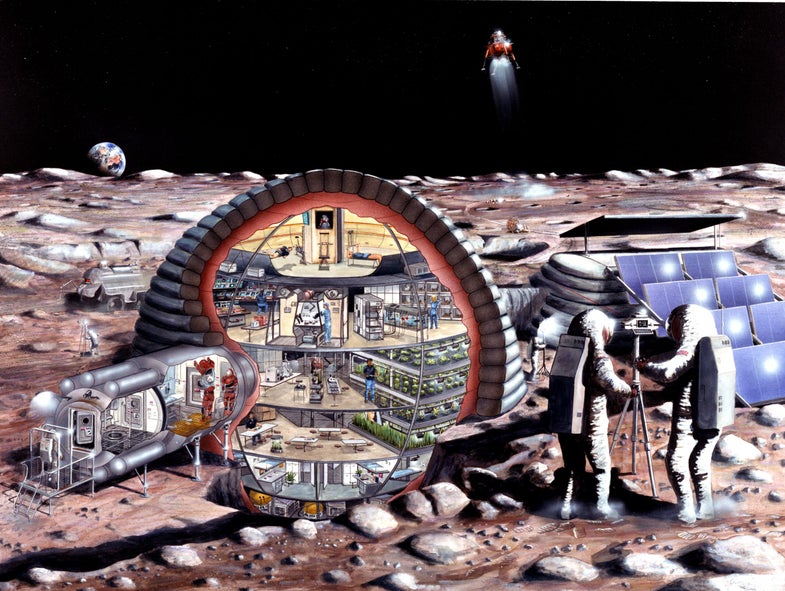 How will humans live on Mars? Well, NASA’s not really sure yet, but if you’ve got any ideas you can submit them now. The agency has just put out a call for proposals for “deep space habitation prototypes.”

In the 2016 funding bill, Congress called on NASA to get going on making a deep space habitat that can get humans to Mars and back, and they want to see a prototype by 2018. That deadline would give NASA time to test the habitat around the moon in the 2020s, before sending it off to Mars in the 2030s or so.

NASA selected a first round of contracts last year. As before, selected partners will receive partial funding from NASA.

Bigelow Aerospace, the company that just sent an inflatable habitat to the International Space Station for testing, received funding in the last round. If the test structure on the ISS proves to be good at resisting radiation, the company hopes to launch private, inflatable space stations into low Earth orbit (LEO) in the coming years. From there, if they could adapt it to withstand the scouring of Mars’ sands, the concept could provide a safe and lightweight habitat on the red planet.

That strategy seems to line up exactly with what NASA’s looking for:

Other big brands in aerospace, including Boeing, Lockheed Martin, and Orbital ATK are also working on their own prototypes.

May the best Mars habitat win.